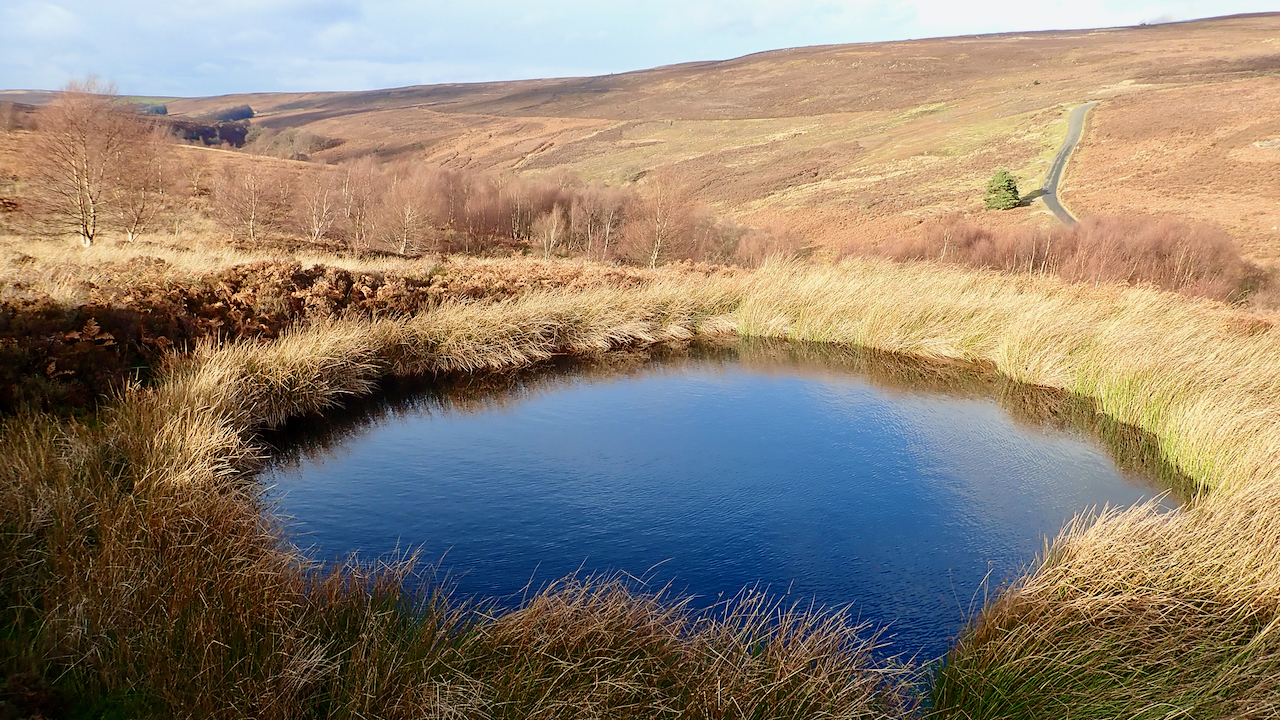 Another trip to Little Hograh Moor, above Hob Hole in Baysdale. Honestly, I haven’t been this way for months for my third visit in a fortnight.

This small pond, locally dubbed Frank’s Pond, is actually a 1942 bomb crater, according to Tom Burns Scott. A solitary bomb, jettisoned, I imagine, from a Luftwaffe bomber in order to reduce weight for its flight back to Germany, although I haven’t managed to find any reports to substantiate.

1942 was a turbulent year for bombing raids in the North East. The 3rd August saw eight people killed when Middlesbrough Railway Station was bombed by a low-flying Dornier aircraft.

During that summer, many raids targetted Teesside’s industries, Billingham ICI, the shipbuilding yards on the Tees, Hartlepool, and further afield in the North East.