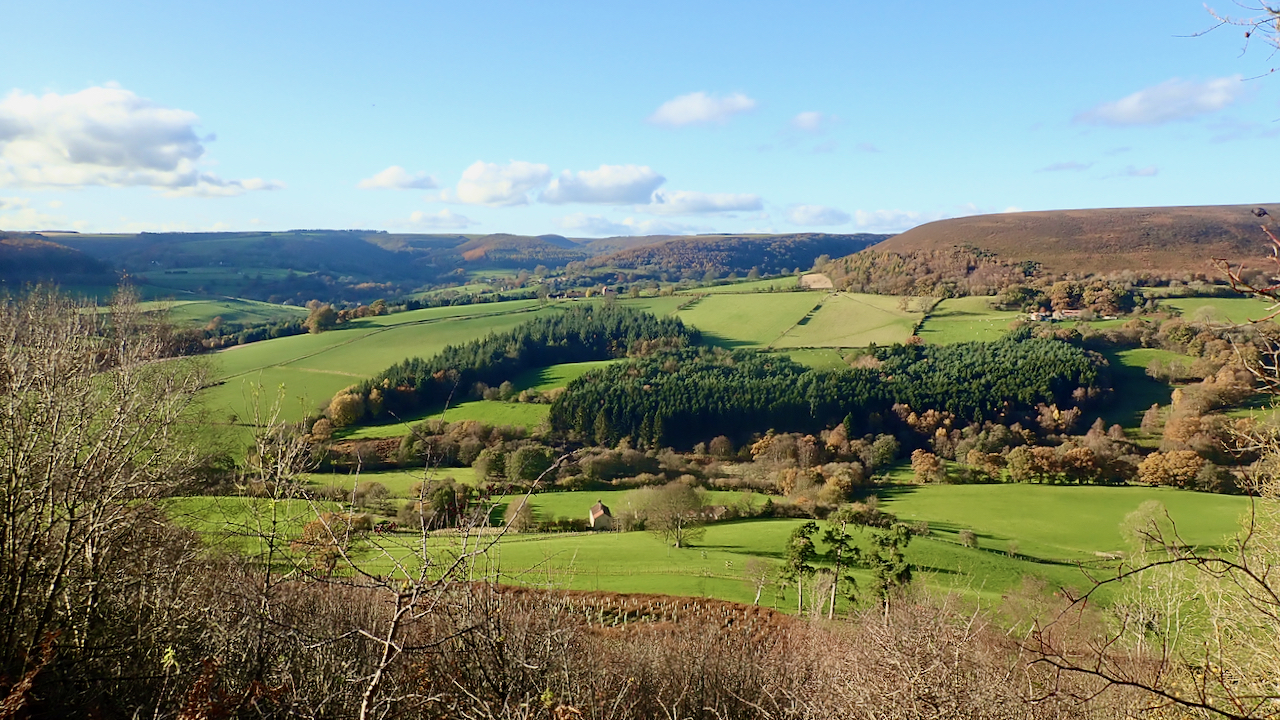 Bilsdale directly below me, Hawnby and Ryedale in the distance separated by the hump of Easterside. A lovely day for a bike ride, plenty of apricity.

It’s Mischief Night. At least it was when I was a kid, growing up in the 50s and 60s. The day before Bonfire Night. None of this Halloween plastic gimmicky with its costumes, pumpkins, skeletons, scary witches’ masks, and, of course, sweets to dish out to Trick-or-Treaters. At least we avoided that this year.

It is said 4th November was actually the night Guy Fawkes was up to his mischief, being caught in the early hours of the 5th with his barrels of gunpowder in the undercroft beneath the House of Lords where King James I was due to open a session of Parliament later that day.

In celebration of saving Parliament and the King’s life, the Bonfire Night custom developed. It was one of the few public festivities that wasn’t banned by the Puritans during the time of Cromwell.