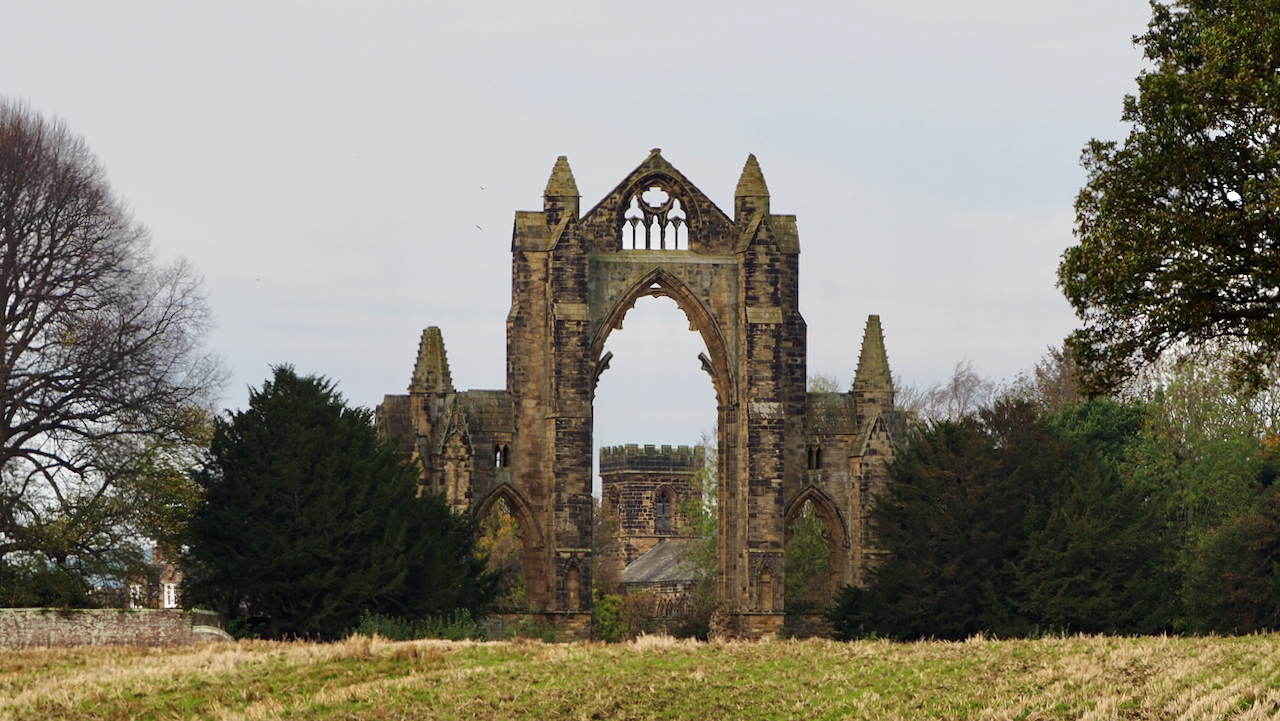 On the 19th October 1536, Henry VIII lost his patience at the rebels on the Pilgrimage of Grace. He wrote to Charles Brandon, Duke of Suffolk:

“You are to use all dexterity in getting the harness and weapons of the said rebels brought in to Lincoln or other sure places, and cause all the boats on the Humber or means of passage into Yorkshire to be taken up. After this, if it appear to you by due proof that the rebels have since their retires from Lincoln attempted any new rebellion, you shall, with your forces run upon them and with all extremity ‘destroy, burn, and kill man, woman, and child the terrible example of all others, and specially the town of Louth because to this rebellion took his beginning in the same.’ We have sent you this day a good sum of money, and will send more as required.”

The rebellion was the culmination of a growing disquiet and unease over Henry’s pursuance of his religious reforms, his refusal to accept papal authority, and his desire to pull the wealth of the monasteries into the King’s coffers.

In late September that year, tensions had flared up in Dent, in the Yorkshire Dales. A royal agent found 500 men had gathered at the church, having all sworn “to suffer no spoils nor suppressions of Abbeys, parish churches, or their jewels”.

The rebellion spread, a couple of weeks later, Lincoln was stormed by a crowd 10,000 strong, the Episcopal palace was trashed, and the Bishop of Lincoln’s Chancellor was dragged in front of the mob and was beaten to death with staves.

As many as 800 priests flocked to the cause as well as local gentry.

When news of what was going on in Lincolnshire arrived down in London, Henry realised he presided over a state which had almost no central forces of law and order. There were some yeomen of the guard available, but that was pretty much it, unlike many of Henry’s European contemporaries. He set about pulling together a Royal Army to defend London against the threat while forces under the commander of the Duke of Suffolk were being mustered at Nottingham, Stamford, and Huntington. But the process was slow.

Henry was clearly both in a fury, and very worried. He moved his daughters, Mary and Elizabeth, to Whitehall palace to keep them close should rebels appear at the gate.

By this time, the leadership of the ad-hoc rebellion had passed into the hands of Robert Aske, a lawyer from Beverley in Yorkshire. He had ordered the bells of Beverley Cathedral rung to call the faithful to arms. The rebellion was spreading and within a few weeks, a further 20,000 rebels would have risen across the north. It was a Pilgrimage of Grace because they sought to win the King’s favour, or grace. They sought to clear away the evil counselors that had led him astray namely the King’s Secretary, Thomas Cromwell.

With far numerically superior numbers, Aske stood a pretty good chance of crushing the King’s forces or at least pushing them to flight. But if he lost, the King would clearly take his vengeance on Yorkshire. So instead he negotiated. He never wanted to bring the King down but simply wanted the grievances of the North heard and redressed.

So both sides met, Aske was promised a pardon and a parliament to sort out all the issues. However, when Henry heard, he was furious and thought these traitors should have been crushed, not listened to. But eventually, he was forced to see the sense that the number of rebels was simply too big for the small royal army to have dealt with.

So, reluctantly Henry agreed to the deal but the King would not be forced into submission. So, it was agreed that the rebels would disperse, and not until they’d done that would a pardon be issued and a parliament summoned in York.

So the rebels went back to their fields, but a splinter rebellion led by Frances Bigod was enough for Henry to declare the truce had been broken. And the reprisals began.

Robert Aske was taken back to York, where he was executed on 12 July 1537.

James Cockerell, the penultimate Prior of Gisborough Priory, took part in the Pilgrimage of Grace and was also hanged on account of his involvement. The large east window of the priory which dominates the town should perhaps serve as a reminder of this period of our history when a despotic leader was intent on having his own way.