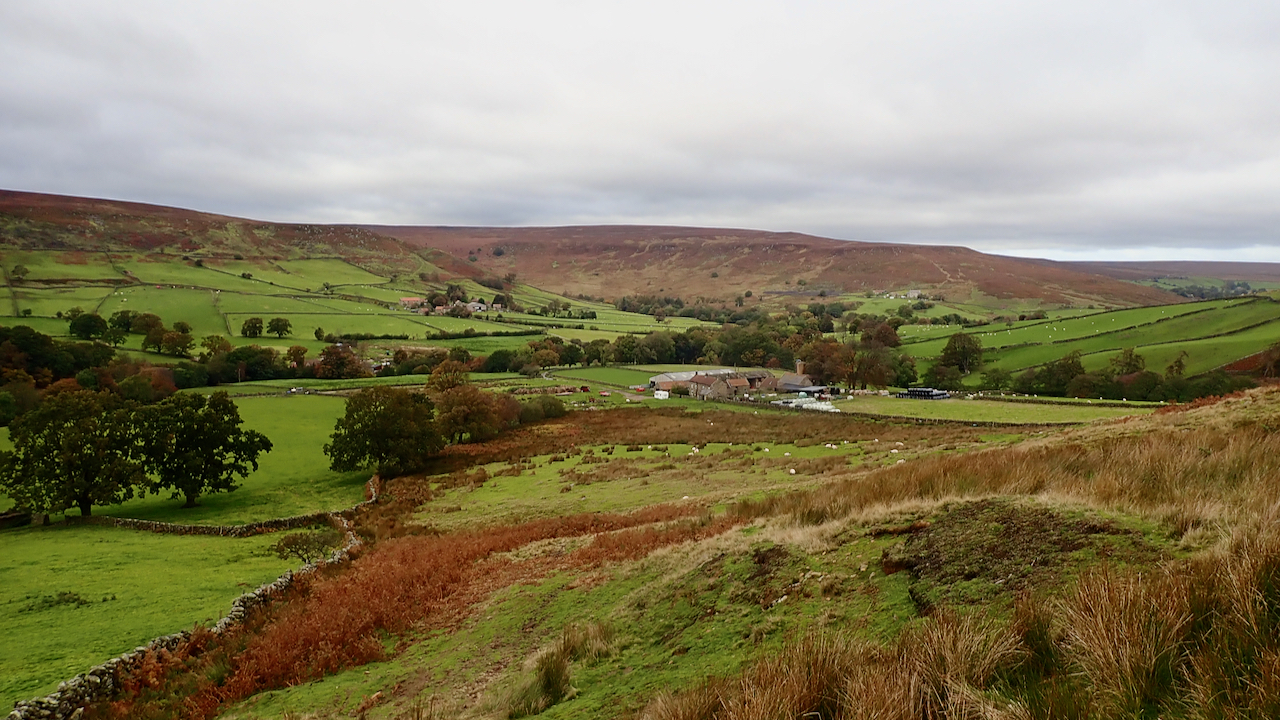 On 13th January 1858 the Teesdale Mercury carried a report:

“SPONTANEOUS COMBUSTION – An instance of spontaneous ignition among alum shale has lately occurred in the parish of Westerdale in the North Riding. At a certain point in Westerdale Head the process of jet mining has been carried on for some time past, and a few weeks since it was observed that the heaps of shale excavated or turned over by the miners were giving out much smoke, and the smoke was accompanied by a noisome smell or stench. This smell, which is that of the sulphuretted hydrogen gas liberated from the decomposing alum shale, has been perceived at points not less than six to eight miles or even more from the point of its origin; and every room in houses three or four miles distant is most offensively penetrated by it at all hours of the day and night. Tho burning heap is of large dimensions; many thousands of tons of the displaced shale. This is in heaps – all more or less continuous, of varying height and magnitude, some of them five or six feet high, others more than twice as much, and in all occupying an area of several hundreds of square yards. A large portion of the material is as yet unignited, but the fire is evidently making gradual approaches towards this part, and no doubt the whole accumulation will eventually undergo the fiery process. Smoke is issuing in dense and suffocating volumes from many points in the mass and where it issues most freely a deposit or condensation of what appears to be sulphur, varying in colour from bright brimstone yellow to pale primrose, at once strikes this observer’s eye. At a depth of 4 or 5 inches the whole mass is in a state in incandescence. Flakes of the shale, of various dimensions, perfectly red-hot, may be raked out at that depth in any quantity, while the raking is accompanied by suffocating fumes of sulphurous vapour, and by the peculiar flame of hydrogen gas for a few seconds after disturbances of the surface. Other portions of the shale supply a material which acts so to remind the observer of a specimen of bituminous coal subjected to fire, by partially liquefying, bubbling, and emitting jets of gas. This material lies between the laminae of the shale, and is so inflammable that when removed from the fiery mass combustion still goes on even fiercely, and with a sound and appearance resembling those of small fragments of saltpetre in a state of ignition.”

Frustratingly the report gives no clue as to the exact location of this fire only that it occurred in spoil from jet mining. The jet shales occur at a level just above the intake fields on the far side of the dale. In fact, the poorly vegetated lump in the foreground may be a spoil heap.

Jet has been used for jewellery since pre-history and collected from the Yorkshire foreshore and elsewhere inland but the early 1800s saw an intensity of mining operations in many dales including Westerdale.

As well as lumps of jet, which is a fossiled tree, the bituminous shales can be a source of oil. In 1909 there was a serious investigation into boring for and extracting oil at Westerdale.

This process for extracting the oil from the shale would be to heat it in a container and distil the gases given off.  There is no evidence that the process went this far in Westerdale. On a similar investigation on coastal shales, they were found to be uneconomical. Shale oil extraction in Scotland and Dorset were significant industries.

It is perhaps important to point out that this is not the same as the controversial fracking. However, shale rock that is suitable for fracking is likely to exist below the National Park but at a depth of between 1,500 and 4,000 metres.

The farm in the photo is Waites House Farm which was first documented as Hogthwaite, a livestock farm for monks from Rievaulx Abbey. By the 12th-century there was probably a small township here. [Ref032]