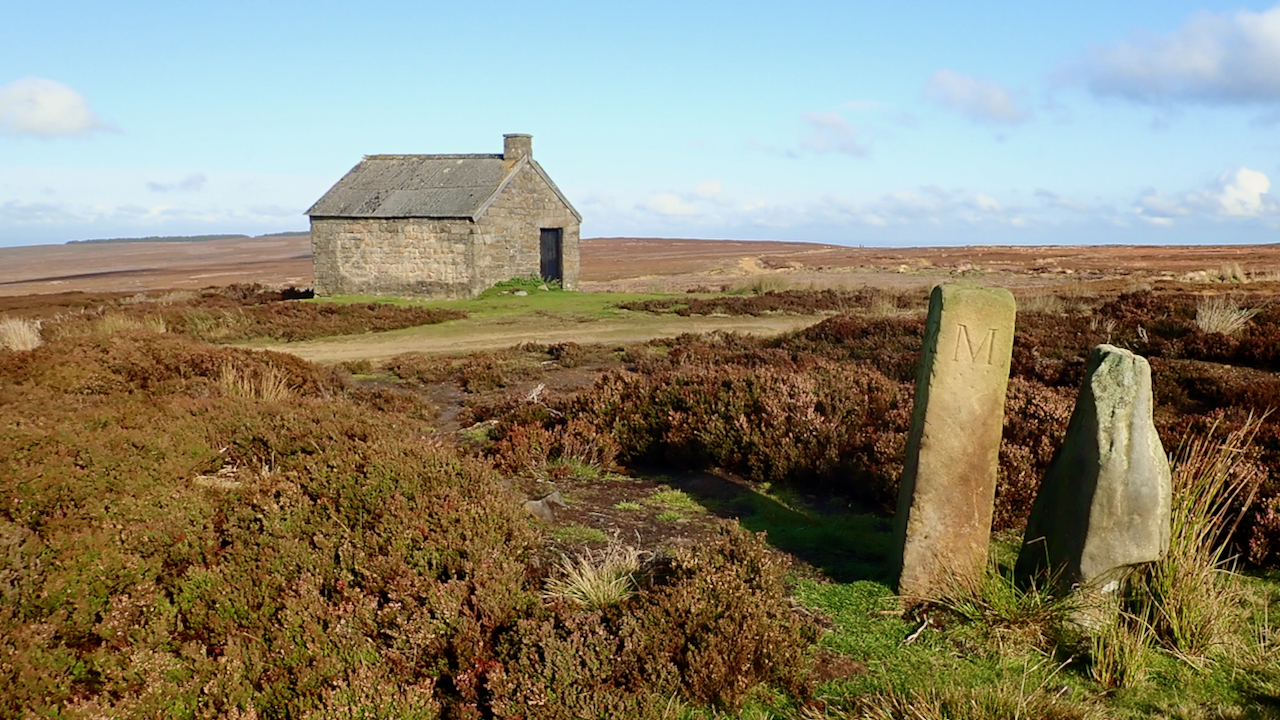 At the beginning of September, a photo did the rounds on FaceBook showing some graffiti on a shooting house purporting to have been done by Extinction Rebellion. This was linked to an article on the website Campaign for Protecting Moorland Communities (C4PMC), a site “dedicated to protecting moorland communities and the driven grouse shooting”.

I was sure I recognised the shooting house as that on Whorlton Moor but it was only today I had the opportunity to take a visit.

Comparing the C4PMC photo with the one on the left it is easy to confirm I had guessed right. The brow of Carlton Moor in the right distance is the giveaway. The wall has clearly been cleaned but the logo of Extinction Rebellion is still faintly visible. But wait, the logo on the C4PMC photo logo is a different size and in a different position. Very odd. It must have been done again.

I did a reverse image search on the C4PMC photo and it seems that the photo appears nowhere else on the internet. Surprisingly, the article doesn’t seem to have been picked up by the local media.

The shooting house is not an easy place to get to. You need to be pretty determined. It is not on a Right of Way and took me 40 minutes to run in from Swainby. Cycling would be easier but, as I said there is no Public Bridleway, so you would be conspicuous on a bike if you were up to no good.

And then there’s the strange spelling of ‘GROSE’ in the graffiti. It’s hard to believe that someone motivated by the Extinction Rebellion cause would not know how to spell ‘grouse’.

The article describes the shooting house as an “ancient bothy”, “which is left open for the public to make use of”. Well, it is certainly shown on the 1852 Ordnance Survey map but even 170 years old doesn’t qualify it as “ancient”. I have been coming onto these moors for over fifty years and I’ve never heard of it specifically being left open for the public. It was indeed open today but full of 25l containers and bits of wood. It would be very uncomfortable and dirty if you were forced to overnight there.
 Open Space Web-Map builder Code