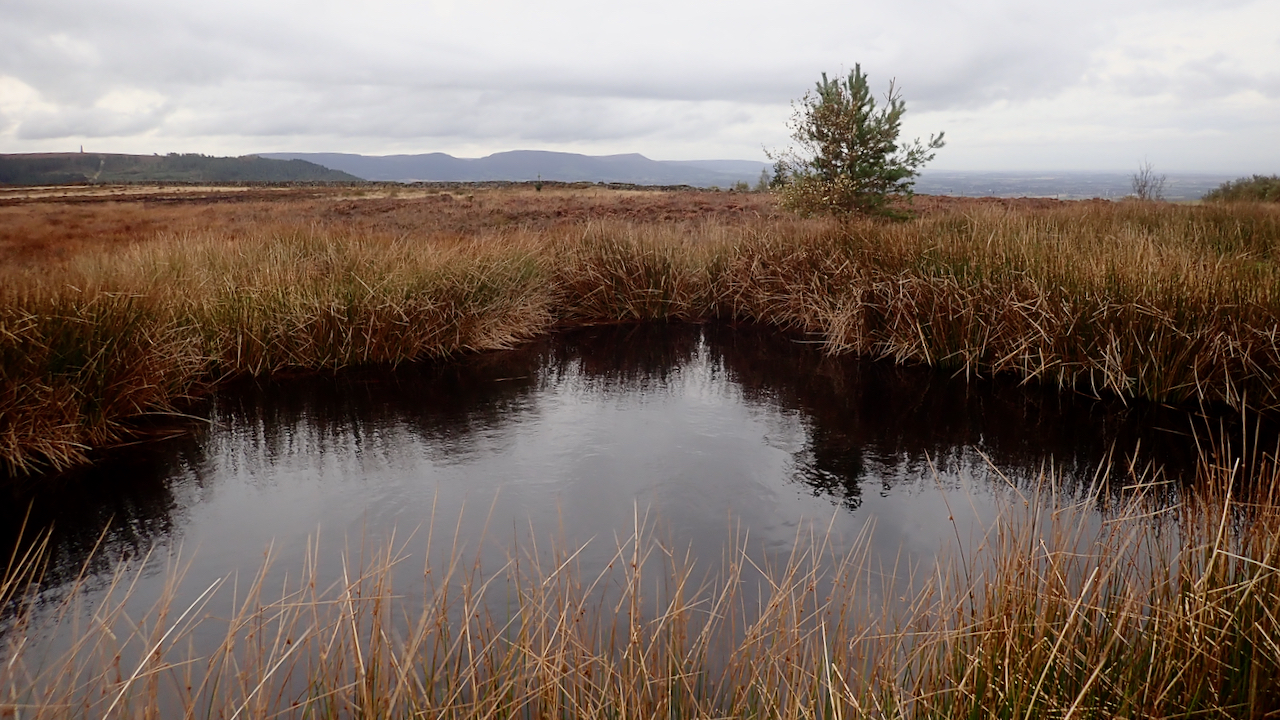 A ‘dub‘ is a Northern word for a patch of water, which could be anything from a puddle on a path or road to a pool in a river, deep enough for swimming or a favoured fishing mark. The earliest attestation is in a perambulation of the liberty of Ripon in 1481.

Sometimes a stream was deliberately dammed for the purpose of washing hemp. These pools were called ‘hemp dubs‘. Similar dubs were made for keeping fish or washing sheep.

And in the USA, the Atlantic ocean was referred to as ‘the gert dub’ by emigrants from Swaledale.

North of the Border, a child splashing through the puddles on a road, would be called a ‘dubskelper‘.

So, we come to this nameless stagnant pond on Great Ayton Moor. Is it a ‘dub‘? I’m assuming it’s man-made. It is not shown on the 1952 Ordnance Survey map, but that doesn’t prove anything.

What surprises me though is that it is not at the natural low point of the moor, which is a shallow re-entrant 30 metres to the north-east. There is no inlet or outflow, the level being maintained by the water table.
 Open Space Web-Map builder Code