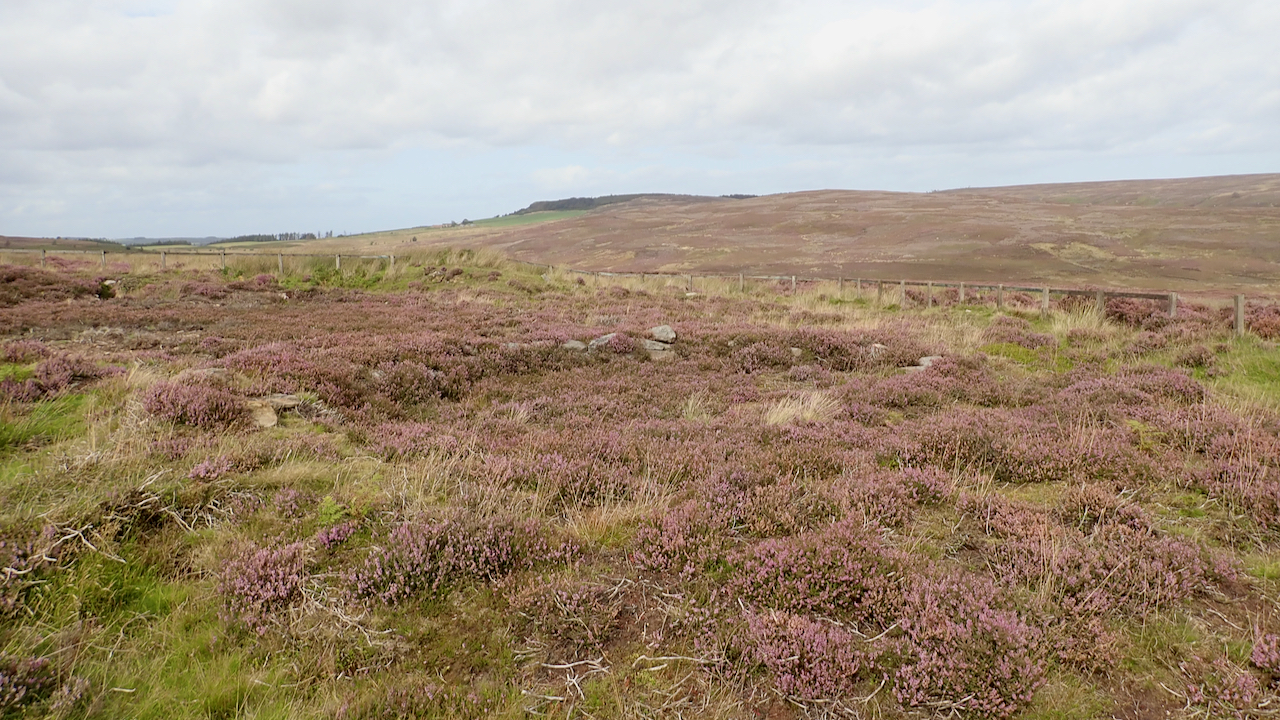 It’s been at least three years since I posted a photo of the Iron Age hut circles at Percy Rigg.

This is a group of five circular huts, one of which can be seen in the photo, although not all would have been in use at the same time. The occupants were farmers, probably living here in the last few centuries before the Romans arrived. Pollen analysis at a contemporary site on Great Ayton Moor shows evidence of cereal farming although the fertility of these high lands was declining.

Two of the huts were constructed with few courses in stone than entirely of wood as in their lowland counterparts.

In an archaeological excavation that was carried out in the 1960s, saddle querns, the base of a rotary quern, a door pivot, and some pottery sherds were found. The pottery contained fragments of whinstone from the Cleveland Dyke.