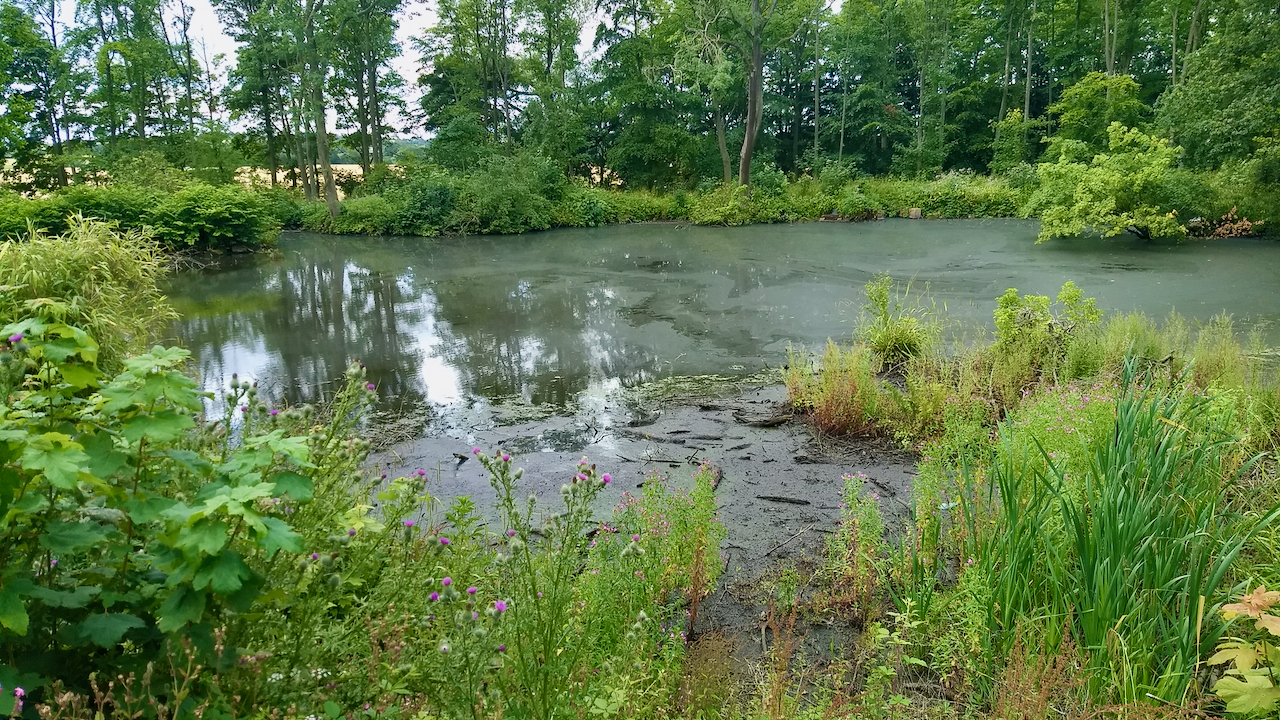 On me bike for a low-level ride over the quiet roads west of the A19. The bottom bracket is wobbly so I wanted to avoid any big climbs. Bikes are great when they work, but not as simple as running.

I took a detour to see if I could find any remains of Rounton Grange, the home of Sir Isaac Lowthian Bell, the Victorian industrialist and grandfather of the explorer Gertrude Bell, but all I found was this overgrown fishpond surrounded by an impenetrable wood.

There are several photos of the house available on the web, some of which do show this pond. Part of the landscaping featured a rockery, now almost buried by undergrowth but which I did manage to climb on to take this photo.

The house itself was built in 1876 by Philip Webb, the “Father of Arts and Crafts Architecture” and was unusually tall, five stories high. This was due to a constraint imposed by Sir Lowthian as he wanted some mature trees retaining. Apparently it was inspired by Scottish peel-towers.

Sir Lowthian died in 1904 and was succeeded by his son, Sir Hugh Bell, who died in 1931. The payment of two sets of death duties in a relatively short period of time together with industrial difficulties and an economic downturn meant that Rounton Grange was too expensive to maintain. From the 1920s the family had mostly lived at Mount Grace Priory and attempts to sell the property proved unsuccessful.

During the war, the house was requisitioned to house evacuees and later Italian prisoners of war. Even the National Trust could not accept it without an endowment and eventually, it was demolished in 1954.

On the way out of the village, I passed the East Lodge, another Philip Webb design built in 1906, which displays the grandeur of the architecture of the estate.