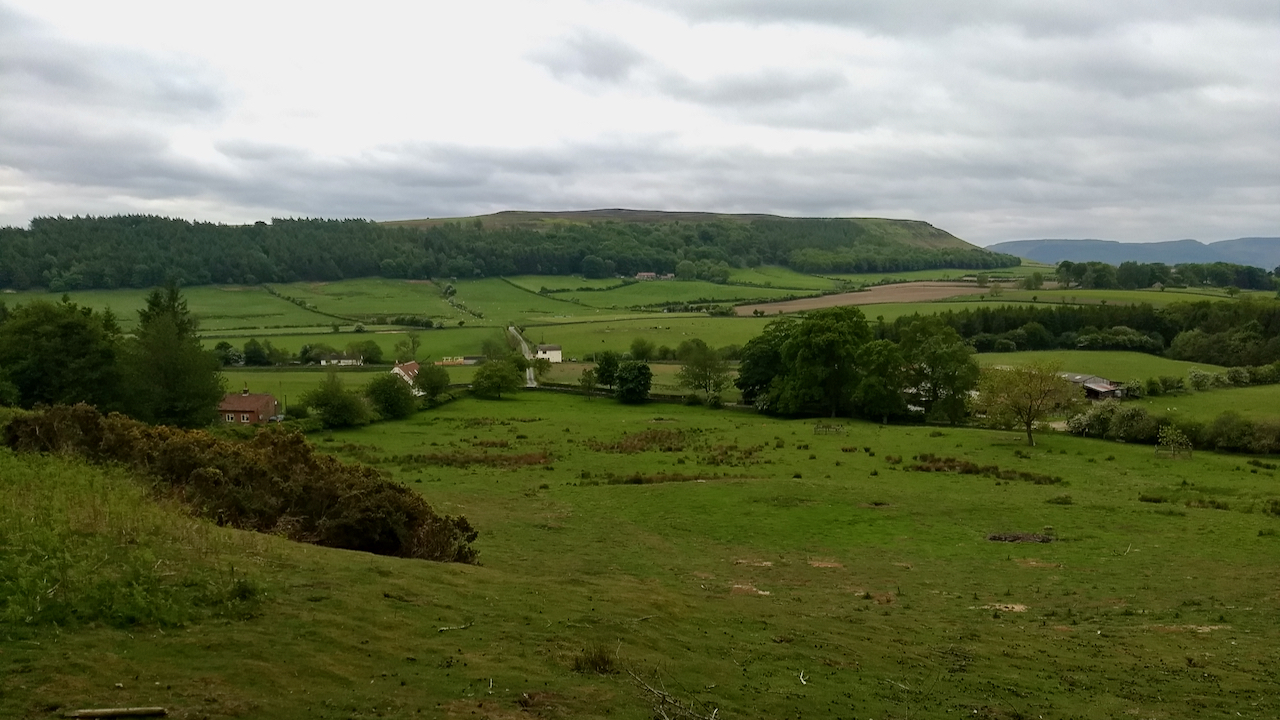 On the 15 April 1912, the RMS Titanic had been at sea for five days on her maiden voyage from Southampton to New York City when she hit the iceberg on her starboard side that caused her hull plates to buckle inwards, flooding five of the sixteen watertight compartments that had been designed to make the ship unsinkable. There was an estimated 2,224 passengers and crew aboard, of which more than 1,500 died, thus entered the name of the Titanic into maritime history.

One of those who perished and whose body was never found was John Montgomery Smart, 56, who, according to the passenger list, gave his address as 3 Woodend Cottages, Kildale.

Woodend Cottages is a row of terraced cottages, some single-story, some 2-story, that were built to house the ironstone miners and their families. They are now known as New Row. In the featured photo, the end terrace can be seen on the left.

Living at 3 Woodend Cottages at the time were William and Sarah Smart. William continued to live there until the 1920s when he would have been in his late seventies. It is thought that John and William were brothers, John being the younger by about 13 years but there is no mention of the name of Smart in the parish records.

Whilst William was living a modest life working for the ironstone mining company, John Montgomery had it made. He was travelling first class on the Titanic with a ticket that cost £26.11s. Quite a sum in 1912. He had American citizenship and was President of the American Cold Storage and Shipping Company. A widower, his wife had died about 1902, John Montgomery had lived for ten years in the Victoria Hotel, New York. He was a frequent traveller to England.

John Montgomery’s estate was estimated to be between $20,000 and $100,000. He had modest assets in England amounting to £134.17s.9d, but his inheritance from his wife had been kept in trust for his children, George and Annie. So not a huge fortune but as it is thought all of his papers went to the bottom of the sea with him, it was inevitable that lawyers became involved.

A will dated 1897 was found, which named two people living in Australia, as the beneficiaries: a Jeremiah Twomey and an Annie Frances Brown, his estate being split 1:2. However, the signature was disputed because it said ‘John’, apparently he was known by all acquaintances as ‘Jim’. His two children were living ‘somewhere in Europe’ and a search had proved fruitless. By this time, the case was attracting a lot of publicity, it is thought they had deliberately chosen not to make a claim.

Meanwhile, the only ones benefitting were the lawyers, their fees mounted. Creditors had to be paid and the value of the estate dwindled to less than £10,000. Eventually, the 1897 will was ratified by the Court.

It is not known if any of the lawyers visited William and Sarah Smart in Kildale in their search for John’s next of kin. If they did I wonder what they made of Yorkshire.