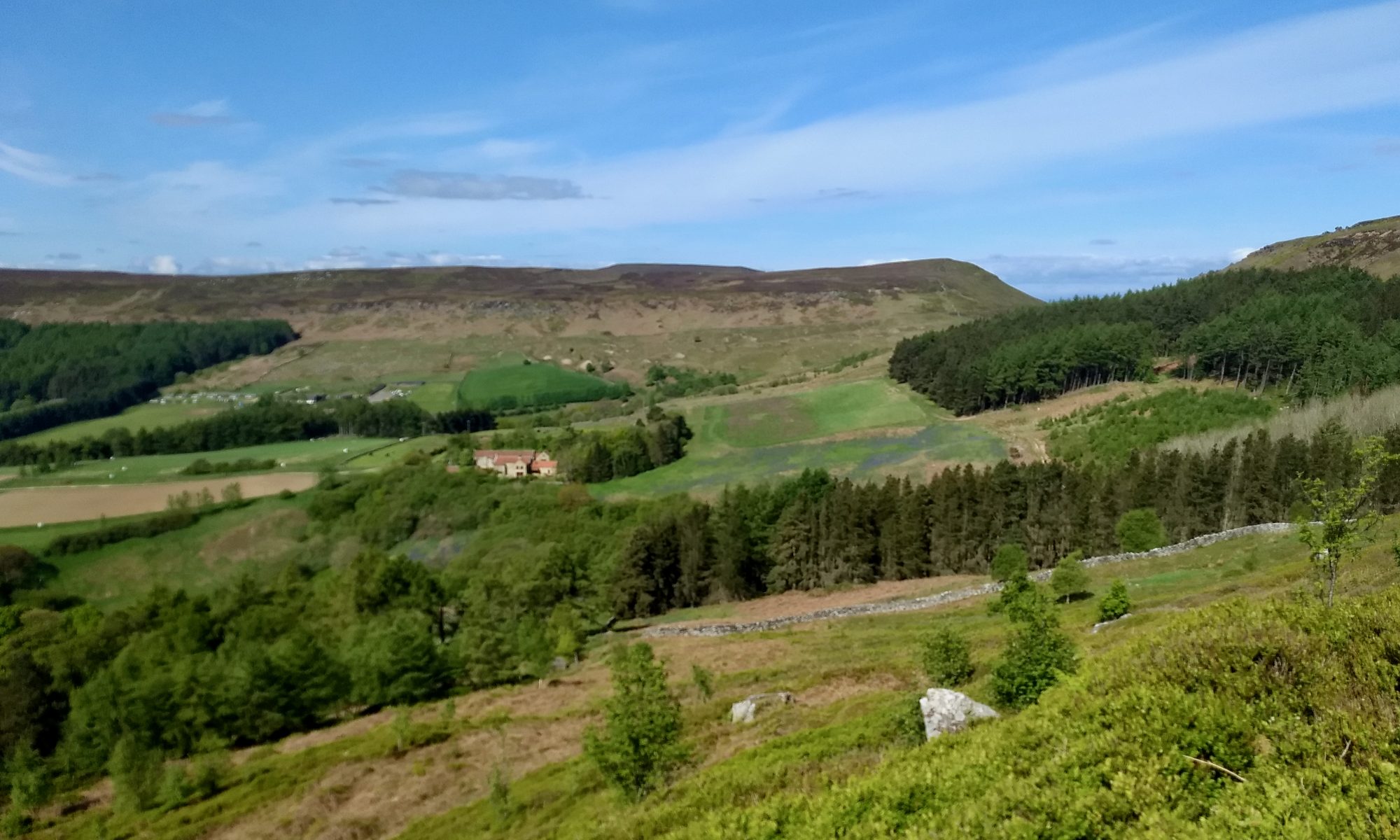 It’s been at least 9 weeks since I last ran along the narrow path that contours around the back of White Hill, the south-facing bank at the head of Bilsdale. Clay Bank car park was fairly busy, I’ve seen it more so. But I hardly saw a soul on the hill. It’s good to be out.

The farm, centre-stage, well it’s probably not a working farm any longer, is Garfitts. On all the O.S. maps up to 1950, the name is spelt with only one ‘t’. I wonder why it was deemed necessary to double to ‘t’ up.

Interestingly a book with the grand title “The rural economy of Yorkshire. Comprising the management of landed estates, and the present practice of husbandry in the agricultural districts of that county” by William Marshall, published in 1796 in two volumes, has a section of “Provincialisms” one of which, garfits, is listed as meaning ‘garbage’ (Vol II, pp322).

It is tempting to associate this meaning with the legend of William the Conqueror when he brought his army down Bilsdale on his return to York after harrying the North Riding in the winter of 1069-70. Supposedly, the army got bogged down and lost in deep snowdrifts and, in his exasperation, he swore at his men and cursed the godforsaken dale – hence the local phrase ‘swearing like Billy Norman’ and Billy’s Dale.

But the more accepted origin of the name Garfitt is a clearing with a garth or enclosure on it.
 Open Space Web-Map builder Code