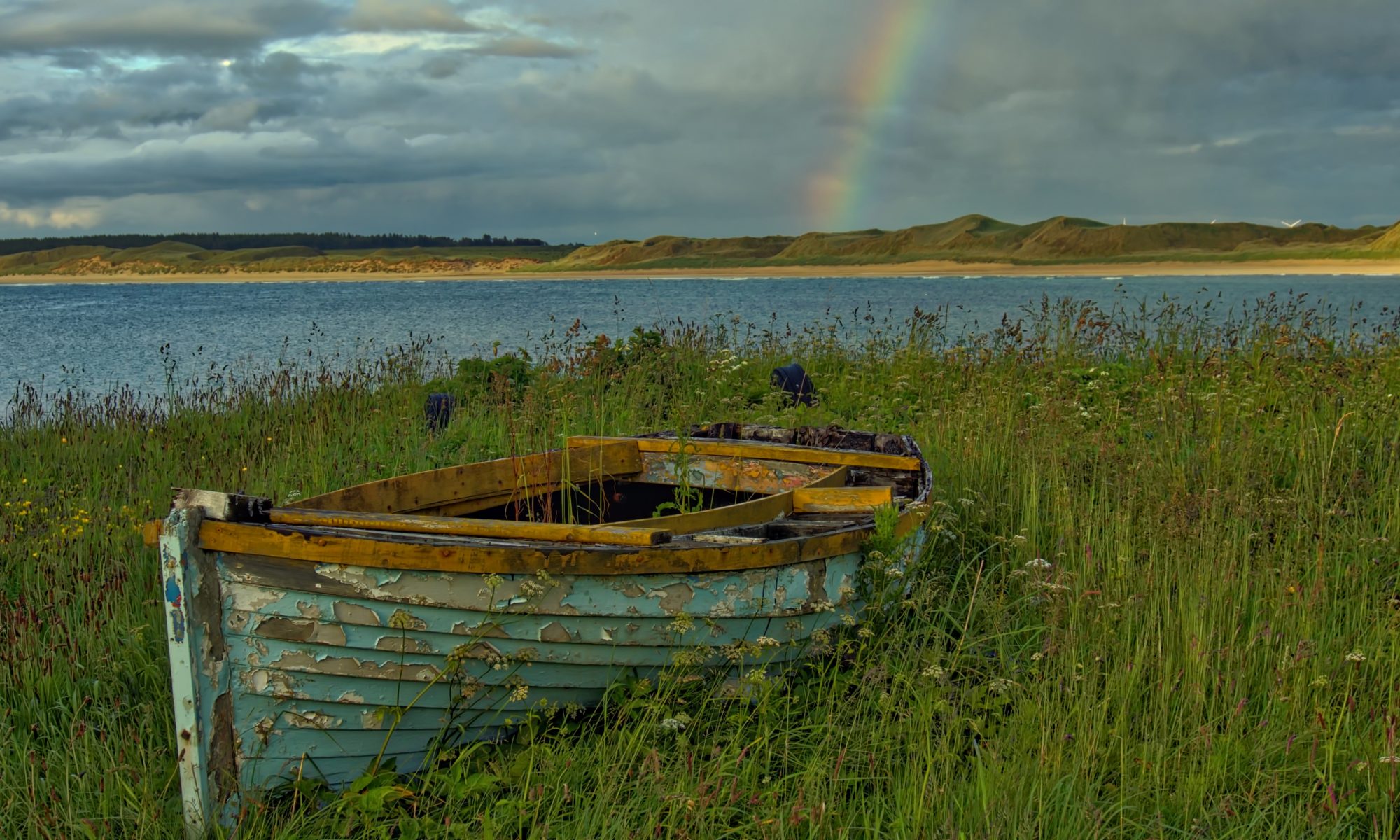 What do you call a group of imps or fairies? A herd, a flock, perhaps a mischief?

Anyway, Dunnet Bay is the landfall of a bridge across the Pentland Firth that the imps employed by the wizard Donald Duibheal Mackay had been told to build. They wove the main rope out of sand, but when they tried to stretch it from Dunnet Bay to Hoy in Orkney it broke in half.

This infuriated the imps, Mackay had set them too hard a task and threatened to tear him limb from limb but he quickly turned himself into a black horse and galloped off to the town of Thurso.

But once these imps have put their hands to a task they could not leave it, so it is said they are still there on Dunnet Bay trying to make ropes which can be seen as ripples in the sands left by the ebbing tide.

Donald Duibheal Mackay of Reay was a bit of a character. Born in 1591, Sir Donald led an action-packed life. He was imprisoned for adultery, suspected of bigamy, and led a regiment in the Thirty Years War fighting for the Swedes.

It was said that Mackay was taught the black arts by the Devil at a school in Italy. In return for his teaching, the Devil required that the last student to leave should be forfeit to him as payment. As they filed out, Mackay was the last one out of the door and as the Devil tried to grab him, Mackay turned around and pointed to his shadow, saying, “Devil tak’ the hindmost.” The Devil tried to seize the shadow but by the time he realised he had been tricked, Mackay had got safely away.

Mackay returned to Scotland, with hotly pursued by the Devil. A fight ensued which ended with Mackay winning from the Devil a swarm of demons or imps who did all the work around his land, ploughing, harvesting and threshing his corn, and so on. But Mackay found he had to keep his imps employed otherwise they would cause trouble.

Once he tried to get them to drain a loch where a pot of gold was said to be hidden but guarded by a cailleach (a giantess). When she saw what was happening she shouted to the workers, “In the name of God, what are you doing here?” The imps vanished, unable to hear mention of God’s name. Mackay was furious, picked up a spade and split the cailleach’s head with it.

And so he set them the task of building the impossible bridge to Orkney.