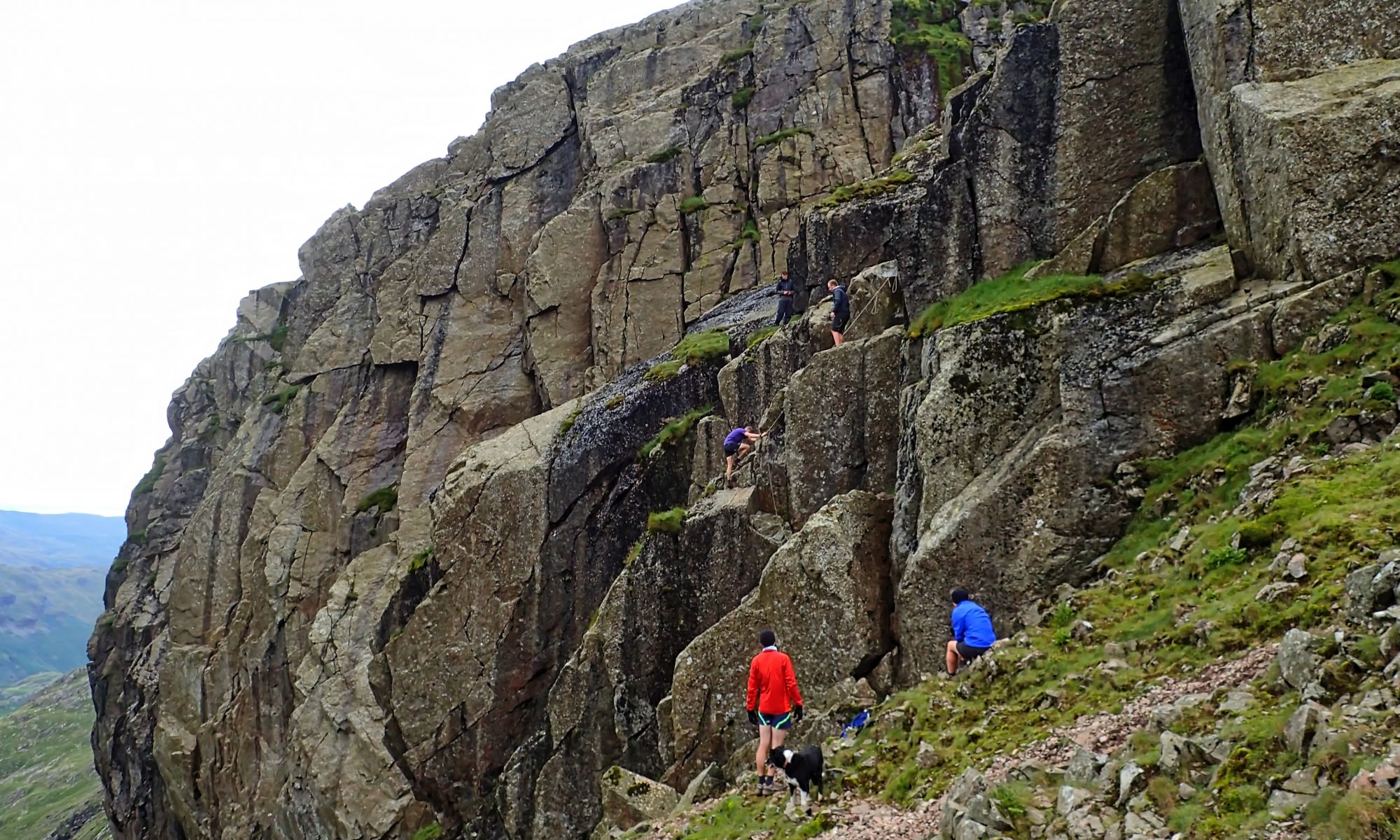 The last few decades of the 19th-century has been referred to as the ‘golden age of climbing’ in the Lake District and one of the eminent exponents of rock climbing during this time was Walter Parry Haskett-Smith.

Haskett-Smith was 23 years of age when he began to pioneer the early routes on many Lakeland crags. He was the first to climb Napes Needle in 1886, which he did solo. 50 years later he climbed it again, aged 74. In between, he climbed extensively in the Alps, Pyrenees, North Africa, the Balkans, the Andes, Norway and the Rockies.

On many of his early visits to the Lakes, he based himself in Wasdale Head which had become the mecca for climbers and fellwalkers with many staying at Row Farm, a guest house under the proprietorship of Thomas and Mary Ann Tyson. Mrs Tyson’s hospitality was of great renown.

Mrs Tyson’s Visitor’s Books for the period 1876-86 still exist and have been transcribed and published [Ref005]. I happen to have picked up a secondhand copy of the book and it makes a fascinating read.

Many of the entries are just names and dates but many more have little comments:

Mrs. and Miss Simpson, Hendon, London.
Miss C. E. Growse, Hendon.
After a very happy week in this dear old house are truly sorry to say goodbye to Mr. and Mrs. Tyson, who have been most kind and attentive in every way.

Walter Parry Haskett-Smith was more verbose with his comments. Here he suggests an alternative route up Broad Stand from Mickledore to Scafell:

Mickledore is so well known to climbers, that many may be glad to hear of an alternative route up these glorious crags, which, while less hackneyed, than the ‘Split Rock’ and ‘Broad Stand’ way, has not the danger of the Penrith men’s climb from the ‘Rake’s Progress’ on the right! The gully on the Eskdale side, perhaps hardly admits of being climbed direct to the top and it is therefore necessary to emerge to the right and this can hardly be done too early. Looking back after an ascent of some 30 feet of gully and stepping up on to a low ledge on the Eskdale side, a broad ledge will be observed below you on the opposite wall!

This ledge is reached by clinging to the wall and shifting carefully along and from it a good spring will land you on flat grass! The ledge may be also reached from the very foot of the gully by taking to the rock at once by the corner and working round to the left. The rest is simple enough, keep up with the gully well on the left and return into it above the sudden pitch, which occurs about half way on it. You will soon come to a mossy chimney, on emerging through which, you will find yourself at the top, close to the grand chasm of ‘Deep Ghyll’.

I’ve never climbed Broad Stand. In the photo, some runners doing the ‘Bob Graham Round‘ have the benefit of having the climb pre-roped by supporters. When I did the Round in 1979 with my old KIMM partner, Peter, we opted to go via Foxes Tarn. A longer route with more climb but less risky.

I would be interested in sussing out Haskett-Smith’s route but ‘a good spring’ sounds ominous.
 Open Space Web-Map builder Code