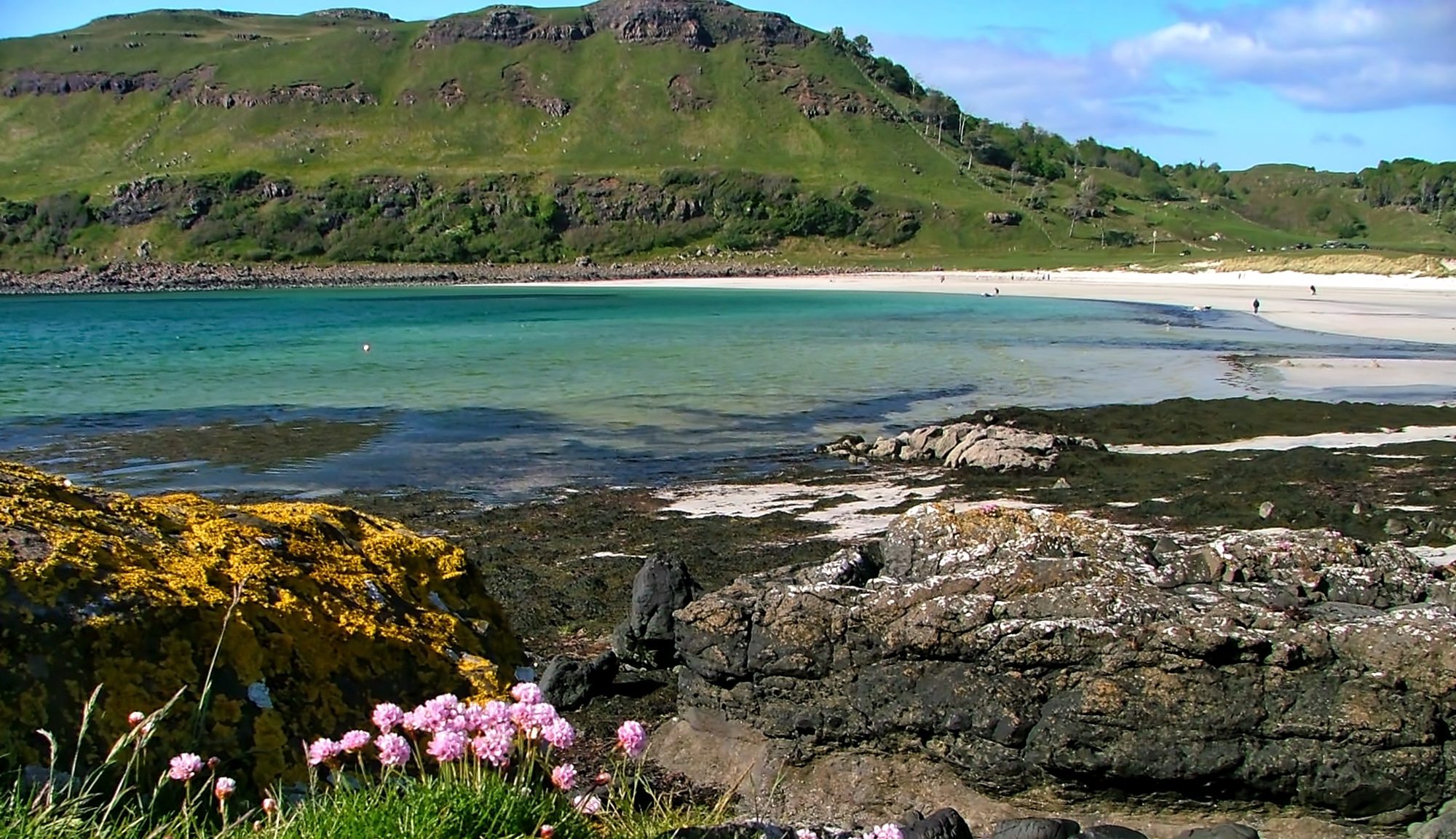 The Gaelic name for this idyllic beach of white sands is Cala ghearraidh, the ‘beach of the meadow’, which has been anglicised to Calgary.

Like many other Scottish Highland communities, those at Cala ghearraidh were evicted, the land cleared and given over to sheep. This would probably have been in around 1817 when the Mornish estate came into the hands of a Captain Allan McAskill. The remains of the dozen or so blackhouses of the township can be seen on the far side of the bay just off to the left of the main photo.

In the 1870s a fort was established for the North-West Mounted Police at the confluence of the Bow and Elbow rivers in Alberta, Canada. It was first named Fort Brisebois but this proved very unpopular and was renamed Fort Calgary by the Commissioner, Colonel James Macleod, shortly after returning to Canada after a visit to Mull. The fort grew into the modern city of Calgary.

There is a local tradition that Calgary Bay is a favourite haunt of merfolk who often interbred with the islanders. Of course, to do this the merfolk would have to shed their tails and become mortal. Once a Calgary boy found one of these tails which he tied to himself with a strand of seaweed and went for a swim. But he soon found out that there is more to swimming than just tying a tail around his waist and soon got into difficulties. As he was at the point of drowning, a mermaid ‘slipped him into the curl of her tail’ and carried him ashore.

But on the other hand, another Mull man tried the same trick but found the tail was too tight around his waist so he put a slit in it with a knife. Instantly a terrible scream was heard and he was immersed in flames. This tail belonged to a special type of merfolk, known as ‘the Fallen Angels’, who have been condemned to live in the sea for their misdeeds. Life must have been so complicated back then.