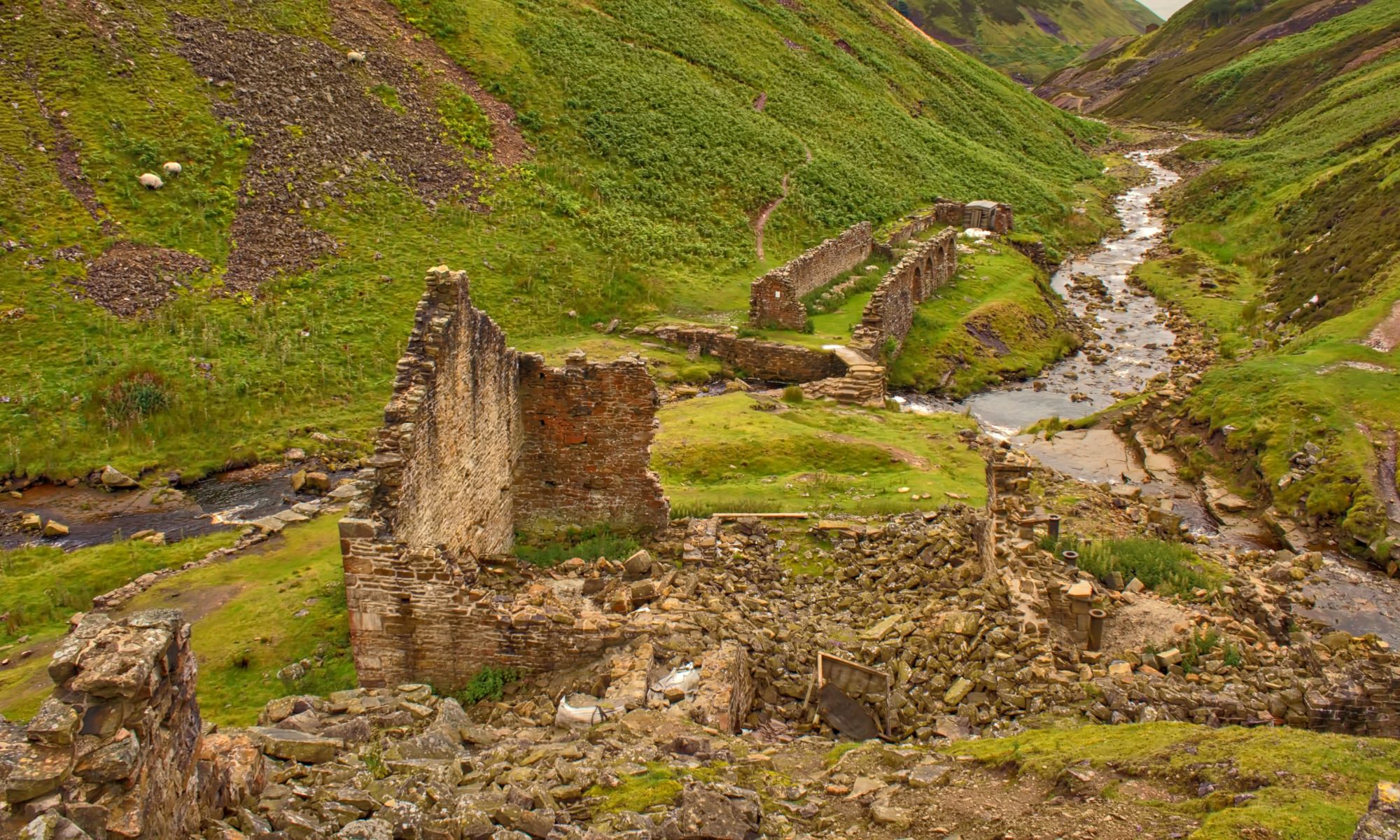 The name Gunnerside, in the Yorkshire Dales, derives from two elements: ‘Gunnarr‘ a Norse personal name and ‘saetr‘ meaning a summer pasture.

Through the village flows Gunnerside Gill which was once a hive of industrial activity with several leads mines operating along the narrow dale. The Blakethwaite Mine began in 1806 operated by Thomas Chippindale & Co., (no, not that Thomas Chippendale, the furniture maker). Once extracted the ore, galena, would be transported by packhorse to the smelting mill further down the dale at Lownathwaite where it would be ‘dressed’ by removing the waste rock and broken into small pieces. Then it would be smelted in a furnace and the output, pure molten lead, poured into ingot moulds which bore the name of the mining company.

The Blakethwaite mine proved very productive and in 1821, the smelt mill at Lownathwaite was closed and a new one constructed at the confluence of Blind Gill and Gunnerside Gill, just below the Blakethwaite mine level. It operated until 1878, although it continued to be maintained until the end of the century.

In the photo, the ruined smelt house is nearest. Beyond the beck is the peathouse where peat cut from the moors was stored and allowed to dry before using as flue. A slide transported the peat down the hillside.

From the mill, a flue ran up the hillside to vent the poisonous fumes. Halfway up a condensing house collected lead oxide.
 Open Space Web-Map builder Code