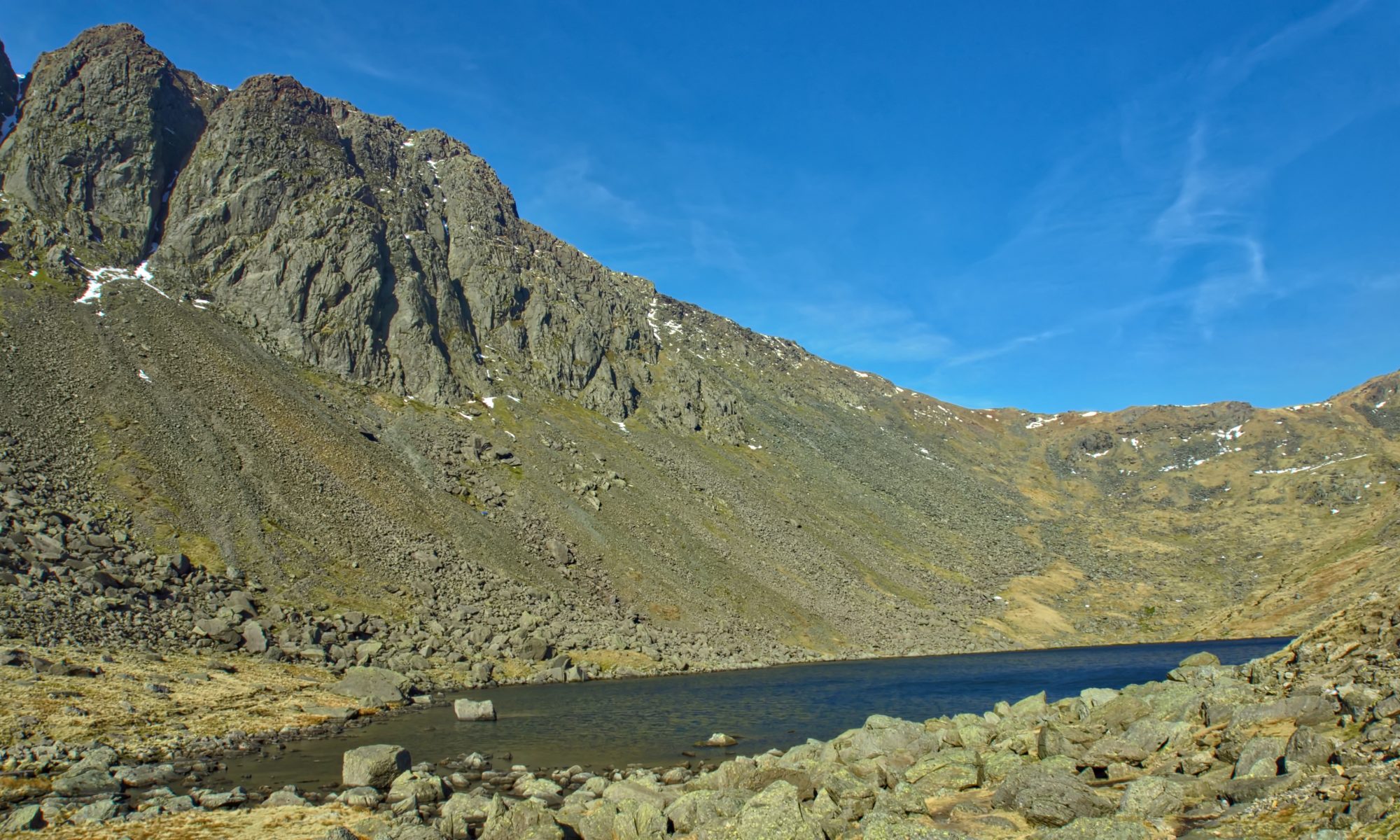 The great buttresses of Dow Crag in the Coniston Fells down which the vindictive Geoffrey Westcott fell to his death after attempting to shoot Rowf who had been making his way along the foot of the crags.

Perhaps not the best panegyric for a fellwalker but Mr. Westcott is a fictional character and Rowf is one of ‘The Plague Dogs‘, the title of a book by Richard Adams.

Rowf and Snitter have escaped from the Animal Research, Scientific and Experimental (acronym ARSE) somewhere in the Lake District and the story follows their adventures across the fells. Mr. Westcott’s ire was because the two dogs ate his food. He ended up being their next meal. The book is nicely illustrated by Wainwright’s drawings meaning their route can be intimately followed.

After ‘Watership Down‘ and ‘Shardik‘, it was Adams’s third novel and was made into a film. ‘The Plague Dogs’ has been working its way down my ‘to read’ pile for ages. It will now be back on the top.

It is said that, in the 19th-century, feral goats, descended from escapees from a local farm, once roamed the cove, hence the name of the tarn.
 Open Space Web-Map builder Code