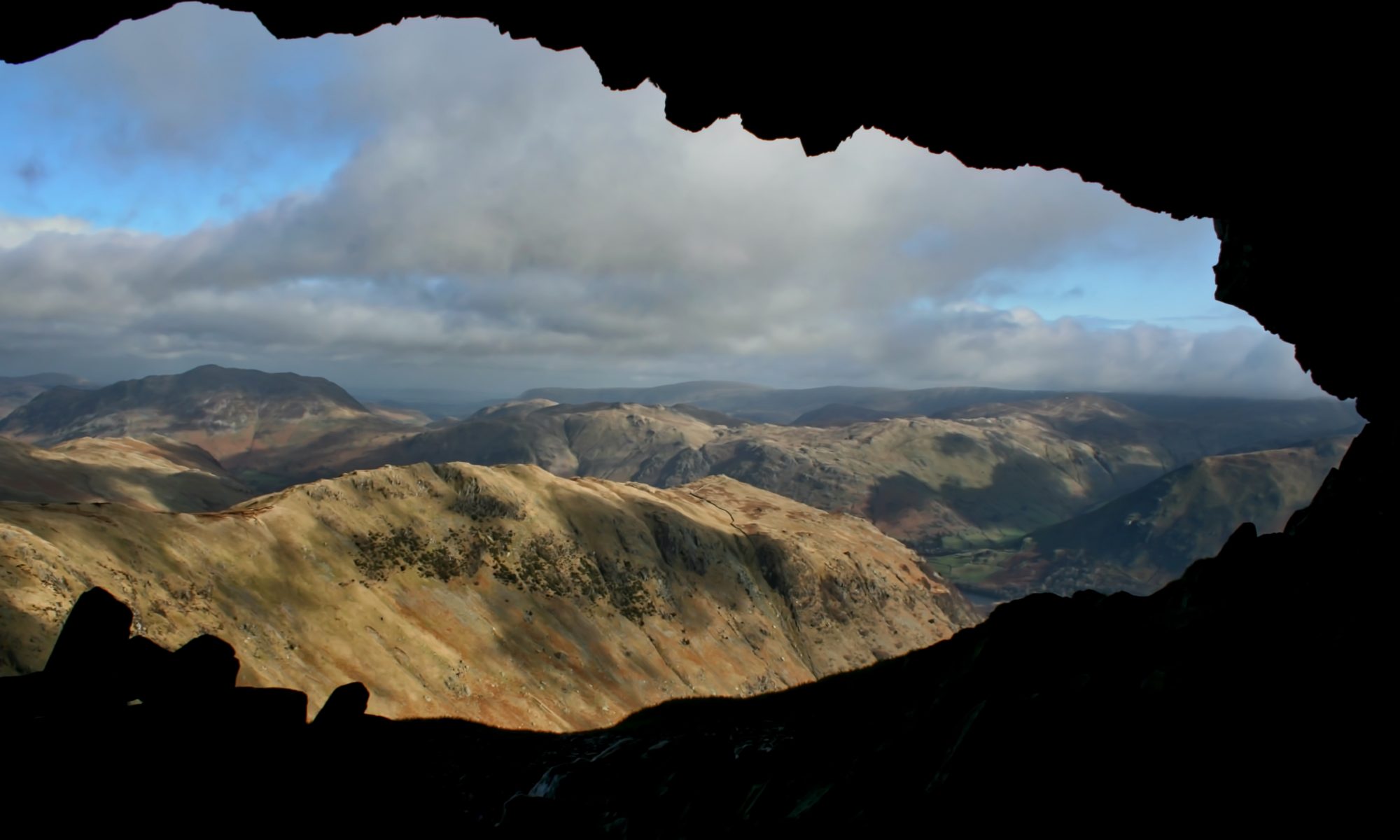 The view from the Priest’s Hole, a cave high on the side of Dove Crag and long-established bivouac but so especially since the BBC included it on their series “Secret Britain“. Access can be a little tricky and there has been at least one fatality as a result of the programme.

When I was there, an ex-army ammunition case contained a visitors’ book together with other odds and ends that folks have left in case of an emergency bivouac and not all evidence of previous stays had taken away. A rudimentary wall of boulders has been built across the entrance. It would be a great place to spend the night if you could guarantee solitude but the chances are slim. I prefer a tent.

The cave is natural, created by weathering at a joint between two rock types, a volcaniclastic sandstone and an andesite sill possibly weakened by a fault movement.

With a prominence of 50m, the highest point has assumed the name Dove Crag and qualifies a mountain in its own right, largely due to its inclusion by Wainwright in his “Pictorial Guide to the Lakeland Fells“. But Dove Crag is perhaps better known, especially amongst the climbing fraternity, for its 75m rock face, with a field of huge boulders at its foot, the result of an ancient collapse. In fact, Dove Crag is said to have been the very first chapter that Wainwright wrote, in November 1952, when I would have been a mere babe of 5 months.
 Open Space Web-Map builder Code