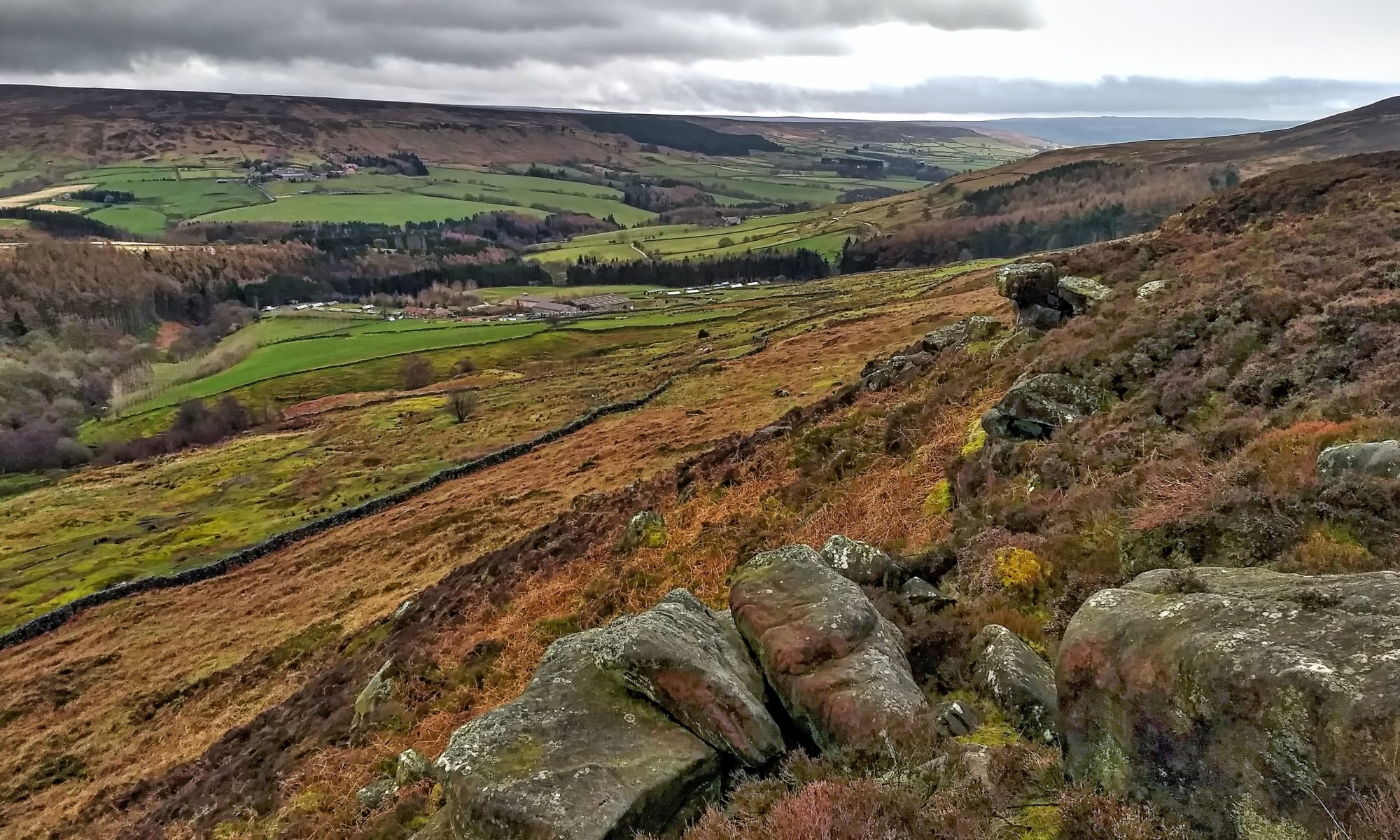 Upper Bilsdale, the dale of William the Bastard so the legend goes who became lost during his harrying of the North.

The nearest farm is Whingroves with its inbye fields completely given over to the mass production of pheasant chicks. Inbye land is the most productive on an upland farm, often the closest to the farmhouse and is traditionally used for grass production in the form of hay, haylage or silage. Some may be put under arable and as it is often more sheltered it may provide winter grazing.

Intake fields, on the other hand, are higher up on the edge of the moorland and so-called because they have been “taken in” from the moorland. They provide rough grazing and are often a mixture of acid grassland, wet rushy areas and heathland species such as bilberry. This is a rich diverse habitat favoured by wading birds such as Lapwing, Curlew, Snipe and Golden Plover.
 Open Space Web-Map builder Code