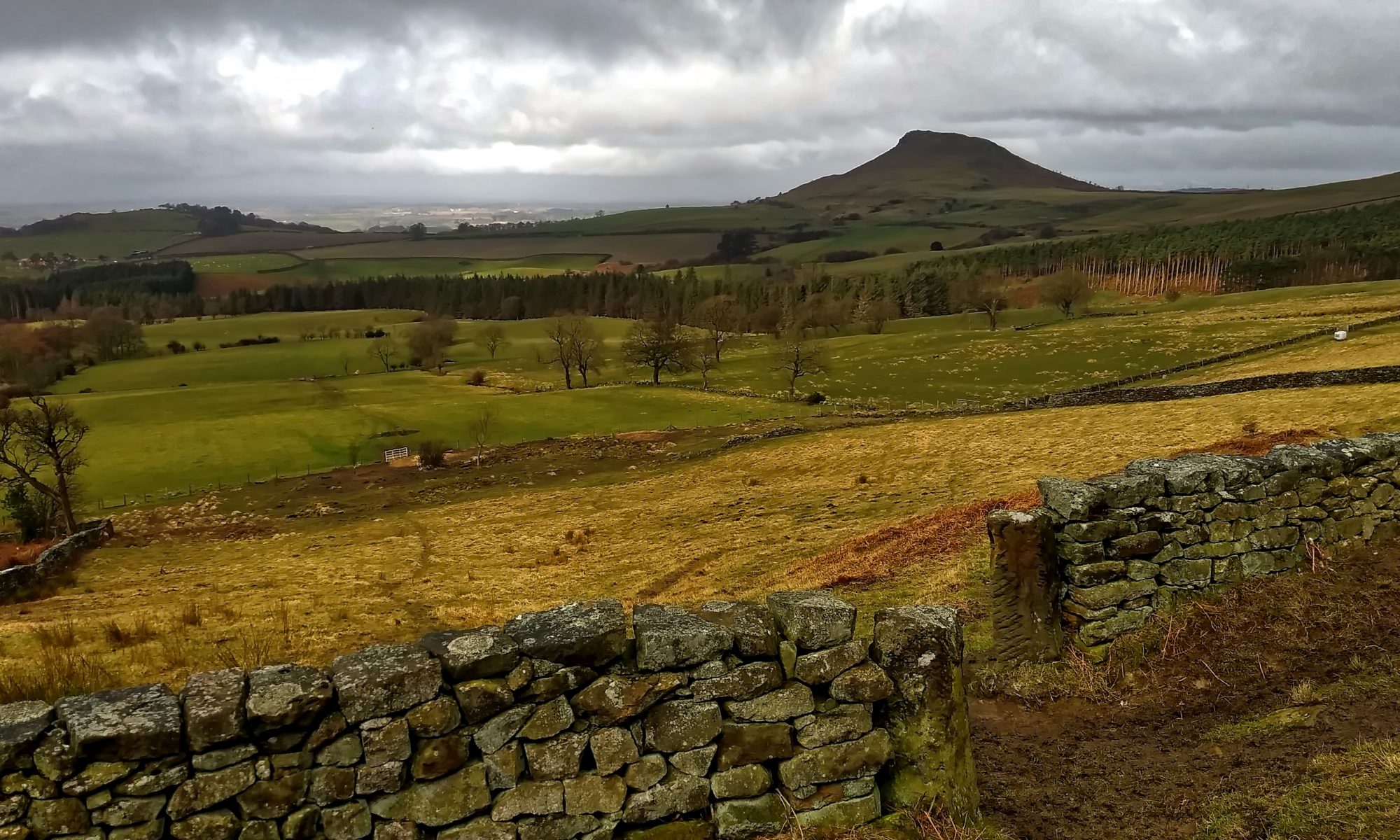 In 1658 John Coulson, lord of the manor of Great Ayton, together with twenty other freeholders of the village made an agreement to enclose the ancient open fields and common pastures dividing them up amongst themselves. Sometime after this, the farm at Summerhill, nestling below Ayton Bank, would have been created. In spite of its superb views, the tenanted farm would have been very exposed and life would have been hard but it nevertheless survived until the 1970s, the last occupants being Ted and Val Hepworth.

A little-used Right of Way still exists from Dikes Lane through Ayton Banks Farm to the white gate in the photo, access to the site of Summerhill which is evidenced now by a few visible foundations and a scattered assortment of stones.

At the turn of the 20th-century, Jonas Swales farmed Summerhill, living there with his wife, Sarah, four daughters, and a son. The 1901 Census also records three farmhands, a horseman, a cattleman, and a farmworker. Quite a workforce for a small marginal farm.

Between 1908 and 1931 the Ayton Ironstone Mine (Monument Mine) operated with its main entrance west of Capt. Cook’s monument. It worked the ironstone seam below Great Ayton Moor and a small drift was made near Summerhill for access for the horses which were stabled at the farm.

One other history I’ve come across about the occupants of the farm is recorded in a newspaper cutting of October 1941, probably the Darlington & Stockton Times:

“A small daughter of Mr. and Mrs. F. Muxlow, Summerhill Farm, Great Ayton, had a remarkable escape from serious injury on Tuesday. The child had accompanied her father to the village and had been temporarily left in a milk float when the horse bolted through the main street narrowly missing buses cars and other vehicles. The horse then made for a door giving access to the garden of Mr.J. Wood. High Green, where it became wedged and was held captive until the arrival of Mr. Muxlow, who had followed on a bus.”
 Open Space Web-Map builder Code