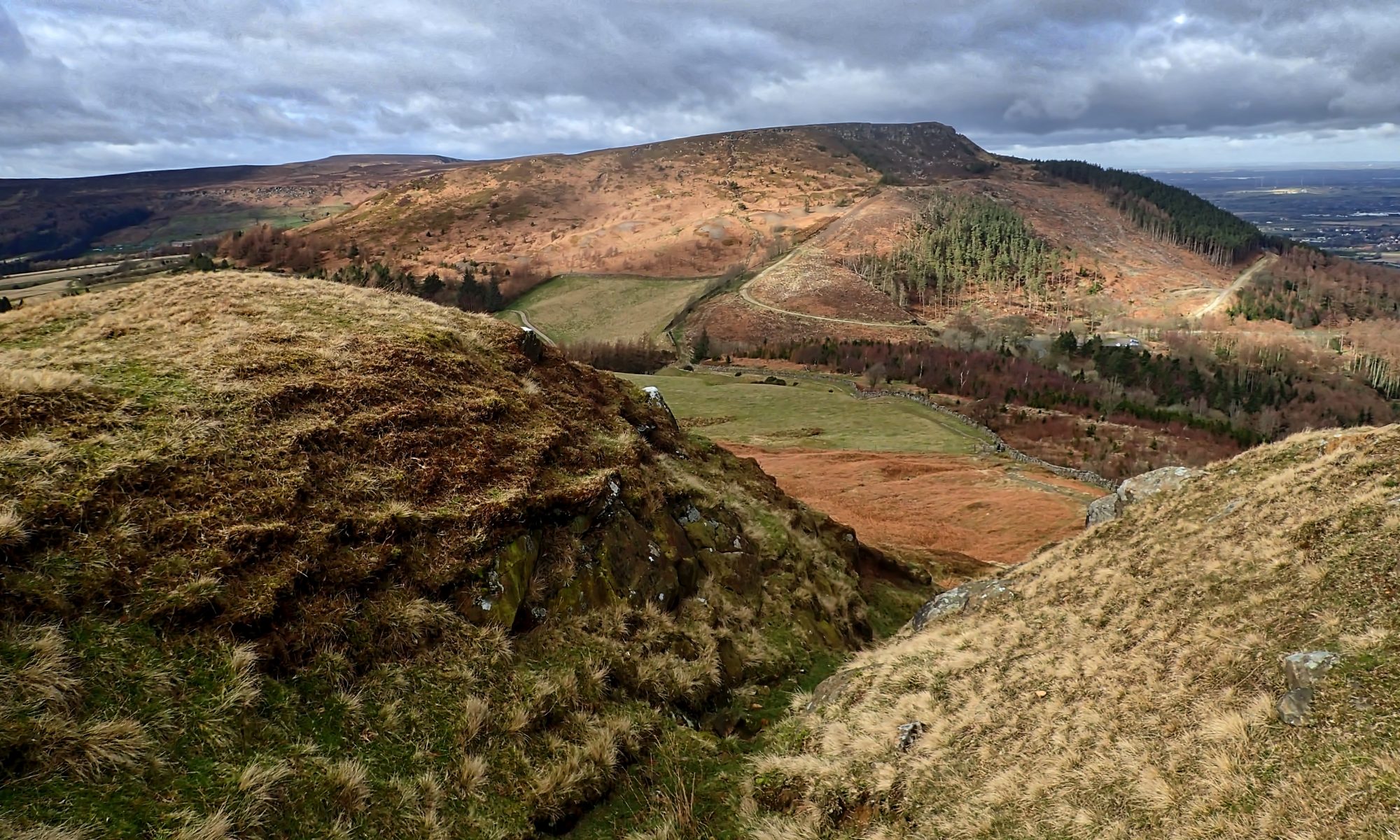 A view that will be familiar to walkers heading west along the Cleveland Way and Coast to Coast trails which both descend down to Haggs Gate or Clay Bank Top before climbing up Hasty Bank onto White Hill. The modern paved route is directed just off to the right but this cleft in the scarp was probably the older route onto Carr Ridge.

I am curious to know if this is a natural cleft, perhaps caused by a meltwater spillway from one of the smaller lakes that may have formed between the north-facing escarpments of the Cleveland Hills and the glacier which flowed south across the Cleveland plain. Haggs Gate itself is a more obvious example of such a spillway.

Or perhaps it is a manmade holloway, the result of centuries of sledding peat turves down from the high moors.

This climb up from Haggs Gate onto Urra Moor follows an ancient route, first documented in the Rievaulx Chartulary of 1145 which Bill Cowley describes as a packhorse track used by smugglers, an accolade given to many of the North York Moor’s paved causeways. Realistically a route would have existed long before smuggling became profitable.
 Open Space Web-Map builder Code

One Reply to “White Hill from Carr Ridge”