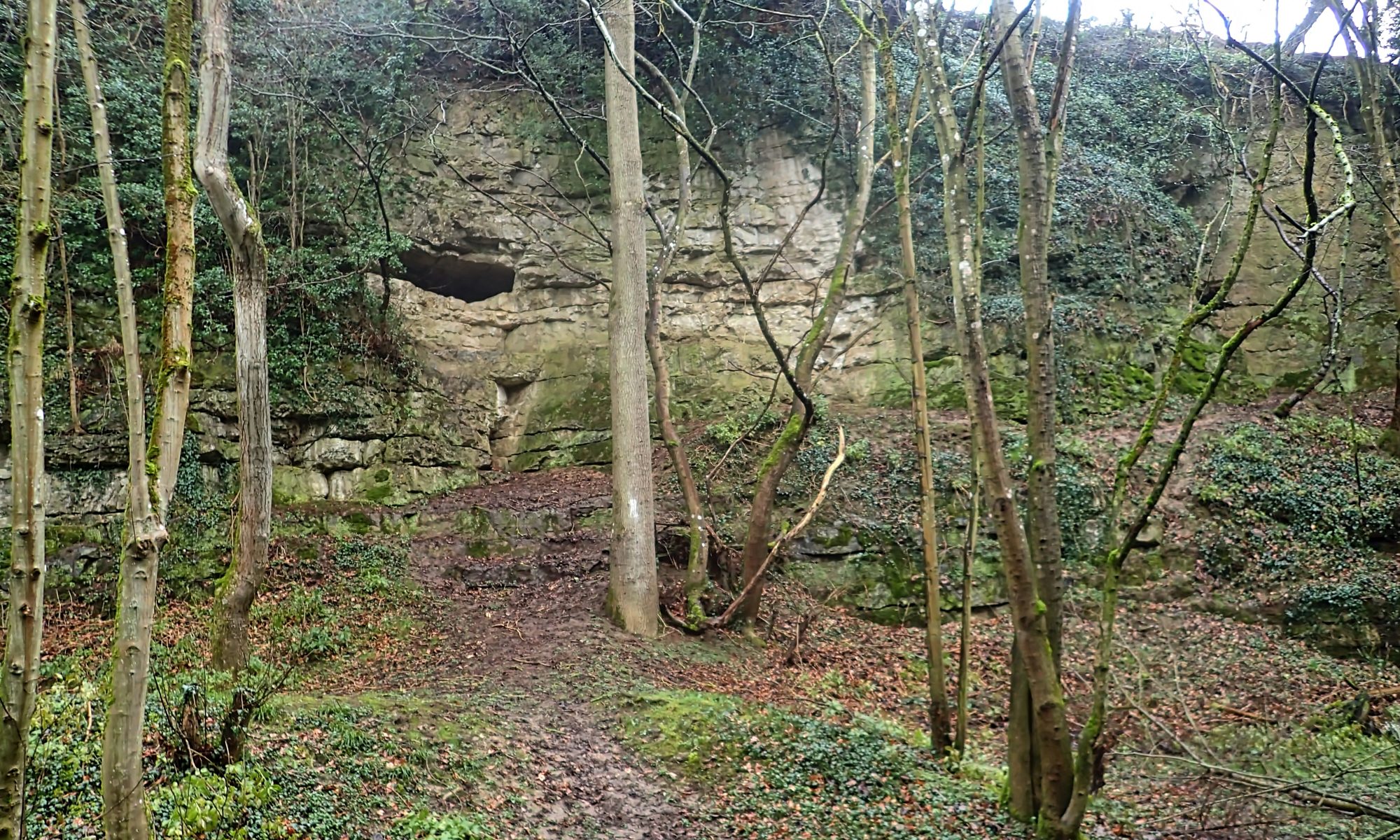 Whilst Cleveland basked in the winter sunshine, the Tabular Hills were covered in a grey corrugated duvet of low wet cloud. I had parked in Fadmoor for a circular wander along dry valleys and field tracks aiming to visit Kirkdale Cave.

I’ve never actually seen the cave before and I don’t suppose any bones of hyenas, rhinoceros, mammoths, hippopotamus and elephants would be in there but it would have been nice to have a look in.

The network of caves was discovered in the summer of 1821 about 40m above the bed of Hodge Beck while limestone was being quarried. The finds attracted the attention of Dr. William Buckland, an eminent geologist of his day who made a thorough exploration of the cave and came away with an immense haul of broken and gnawed bones and teeth buried beneath the thick clay of the cave floor. In all, he found bones 23 different species of animals, many of which had not been previously known to have lived in Yorkshire. As many of the bones were found to be hyenas, the cave became known as “the Hyenas’ Den” and he concluded that carcasses must have been dragged into the cave by hyenas.

But Buckland was also an ordained priest and would have followed the orthodox belief that all life had been created by God. He hypothesised that the word “beginning” in the book of Genesis actually meant an undefined period between the origin of the earth and the creation of its current inhabitants, during which a long series of extinctions of plants and animals had occurred. It would be another 38 years before Charles Darwin would publish his book on the theory of evolution “On the Origin of Species”.

The cave became a Victorian tourist attraction, with visitors having to brave the mud and water in the tight passages lit only by candles.
 Open Space Web-Map builder Code