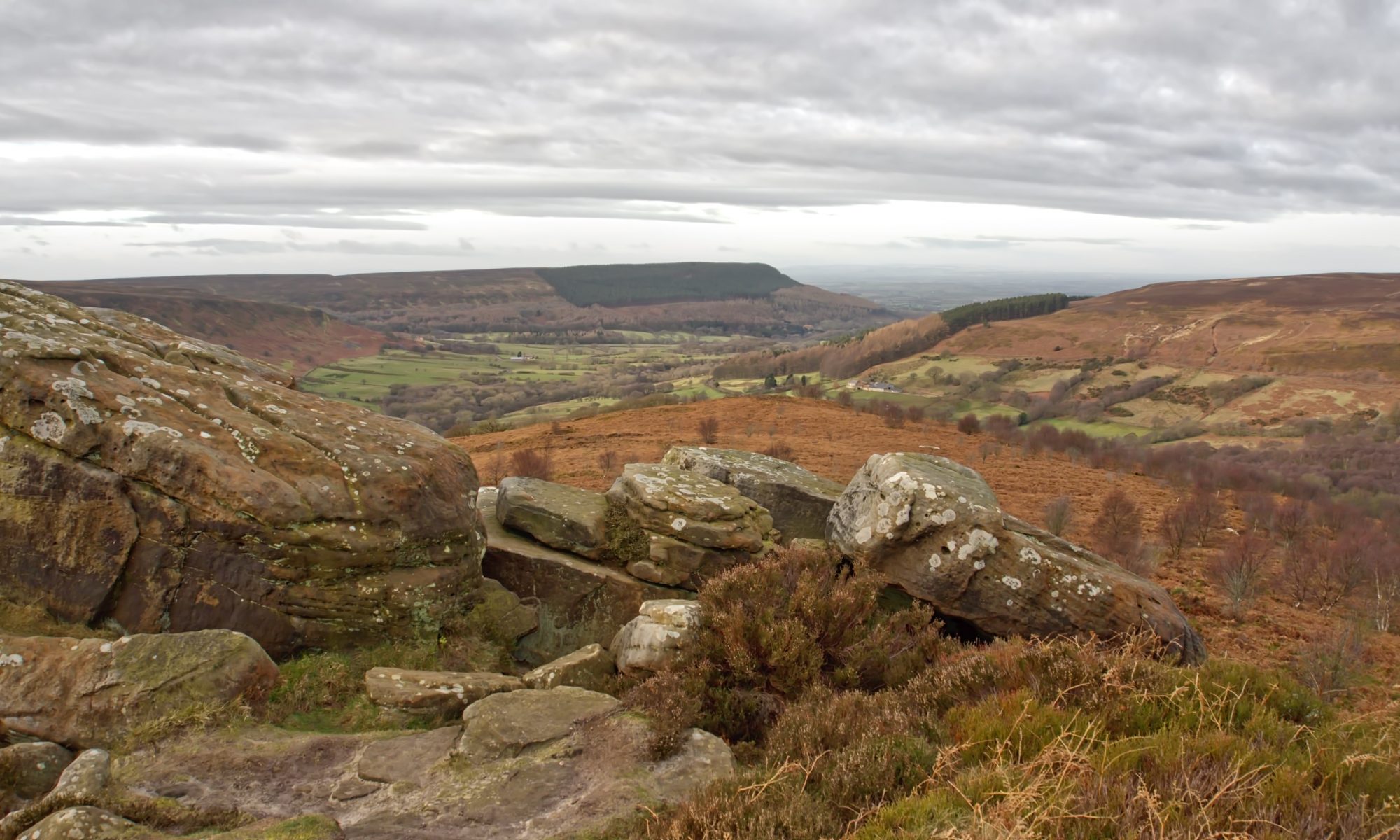 Well, it’s Scot Crags according to the first mappers of the Ordnance Survey. Probably better known as Barker’s Crags nowadays. I am looking down on the spur they mapped as Rakes Intake where Snotterdale merges with Scugdale.

Scugdale is both an unusual valley and one of contrasts. It is one of the few east-west lying dales. Most dales in the North York Moors lie north-south. I hesitate to say it’s the only one. I am sure to be shot down in flames.

As regards contrasts, it was where Henry Cooper (no, not that Henry Cooper) was born and bred. Born in 1853, he was truly a giant of a man, standing at 8′ 6″ tall. He went to work at an ironstone mine in Skelton where he was spotted by a fairground owner who persuaded him to join the traveling life. He then joined the “largest show on earth”, the famous Barnum’s Travelling Show, where he toured America billed as “The Yorkshire Giant – Tallest Man in the World”. He died in Canada in 1889 aged just 46 leaving a wife and child.

Scugdale was also the home of a hob, one of those small sprites that are said to have inhabited many places on the North York Moors as evidenced by place names, Hob Cross, Hob Hole etc. The “Scugdale Hob” was listed by a local folklorist, George Calvert in 1823. He doesn’t give any more information so we don’t know if this was a good-natured hob, who helped the farmers in their work or a vexatious one like the Farndale one. But that’s a tale for another posting.
 Open Space Web-Map builder Code