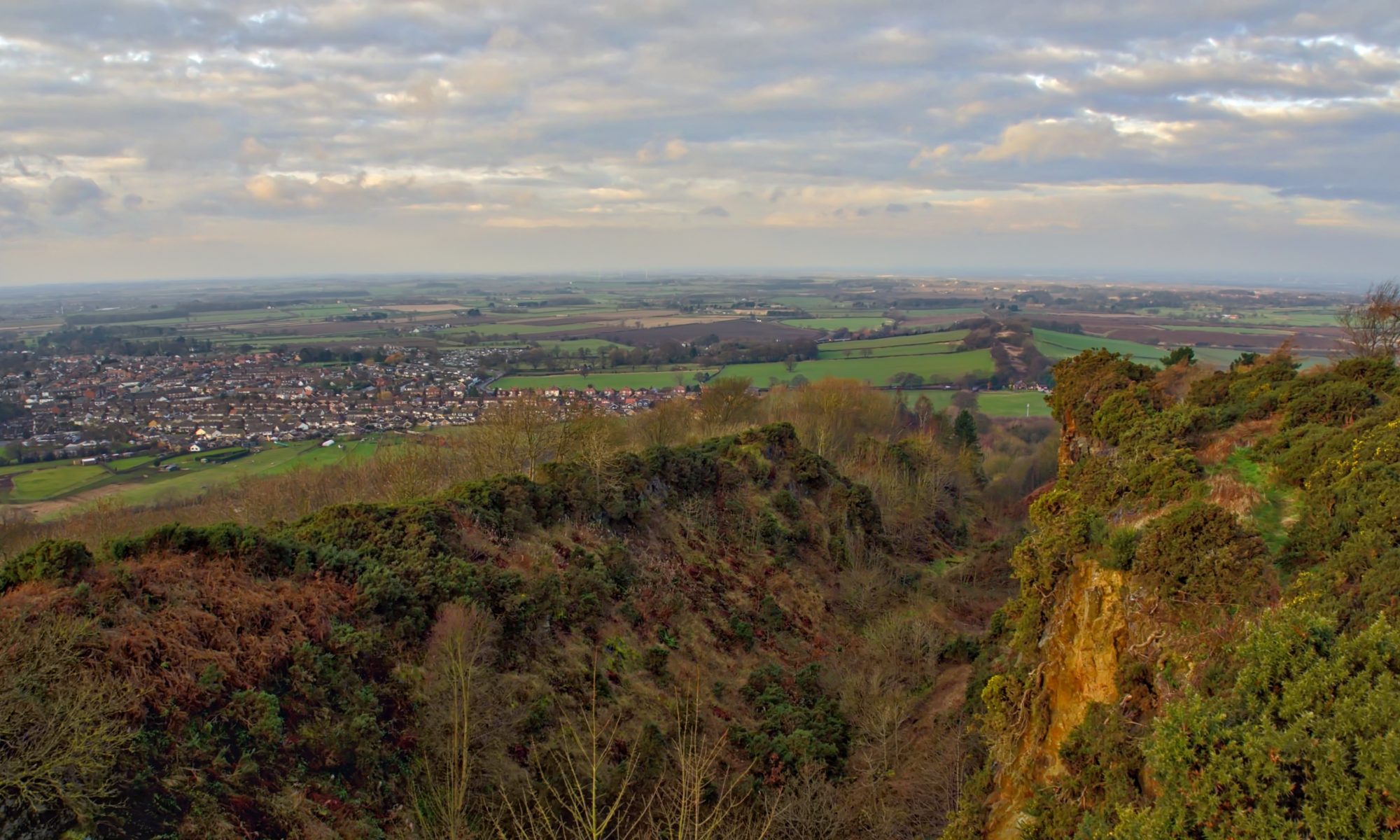 A view north-west from Cliff Ridge along Langbaurgh Ridge and the line of the intrusion of igneous rock known as the Cleveland Dyke. The basaltic rock was intruded as molten magma flowed from a volcanic source near the Island of Mull in Scotland 58 million years ago. It is calculated the flow took up to five days to reach Cleveland.

The rock, commonly called whinstone, is extremely hard and wherever it outcrops it has been extensively quarried and used for roadstone. So we can find quarries at Dumfries, Armathwaite near Carlisle, Cockfield Fell and Bolam in County Durham, Preston Park near Yarm and here at Great Ayton where the intrusion is 15 metres thick.

Something that I had not appreciated before is that pre-historic pottery found in archaeological excavations on the Moors has been found to contain crushed whinstone. An awareness by our ancient ancestors of the hardness of this rock.

5 Replies to “The Cleveland Dyke”