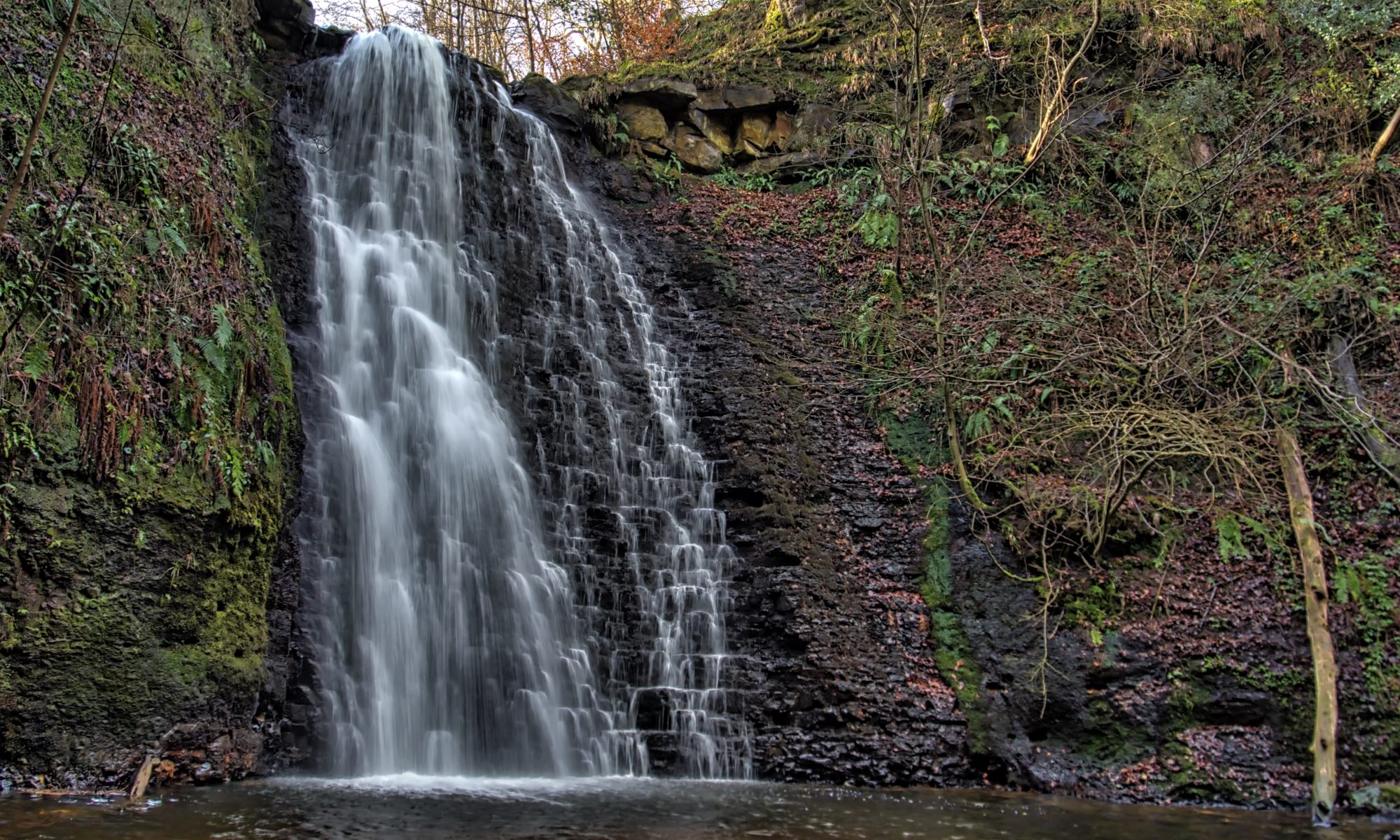 One of the most picturesque waterfalls on the North York Moors. Thirty feet high, I have read, and viewed from the top of the deep gorge, the pool at the bottom was tempting. It turned out to be quite an epic. We started 700 metres downstream by a footbridge following a faint path which soon deteriorated into the muddiest I have ever been on. Tree roots occasionally provided stepping stones over the black ooze, its surface sheeny with natural surfactants. Odd abandoned shoes evidenced previous attempts. This must be a temptation for many as Falling Foss is one of the rescue ‘hotspots’ for the Scarborough and Ryedale Mountain Rescue Team.

One Reply to “Falling Foss”