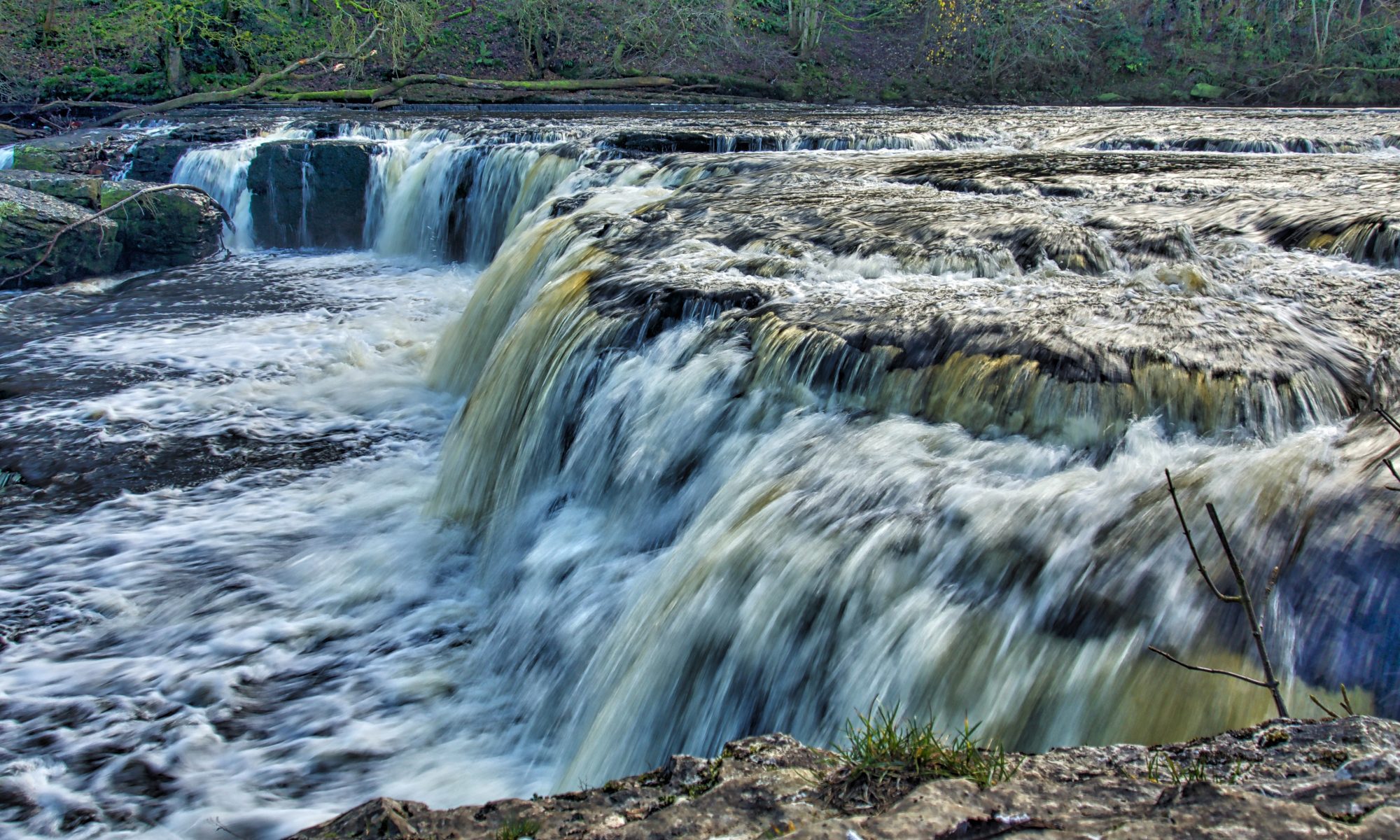 The River Ure tumbling over Aysgarth Falls, perhaps Wensleydale’s most famous beauty spot. Tumbling swiftly, it could be said. The name, Ure, is toponymically very old, coming from the Celtic language ‘isura’ means swift-flowing. That’s the Celts, before the Danes, before the Anglo-Saxons, who put up with the Roman occupiers. The written records that survive show the evolution of the name. ‘Jor‘ and ‘Yor‘ in the 12th-century, later ‘Yhor‘ and ‘Your‘ and ‘Yeure‘ in the 16th.

In 1943 A J Brown wrote “Striding through Yorkshire” calling the valley Yoredale, but today it is universally known as Wensleydale. A Yore Bridge is mapped, spanning the Ure below Bainbridge with its site of the Roman fort of Virosidium. But why Wensleydale, a name taken from a small village near Leyburn? For geologists, the old name is commemorated in the Yoredale Series, a series of limestone layers separated by various sandstones, shales and thin coals beds all laid done between 360–300 million years ago, give or take a million years.
 Open Space Web-Map builder Code