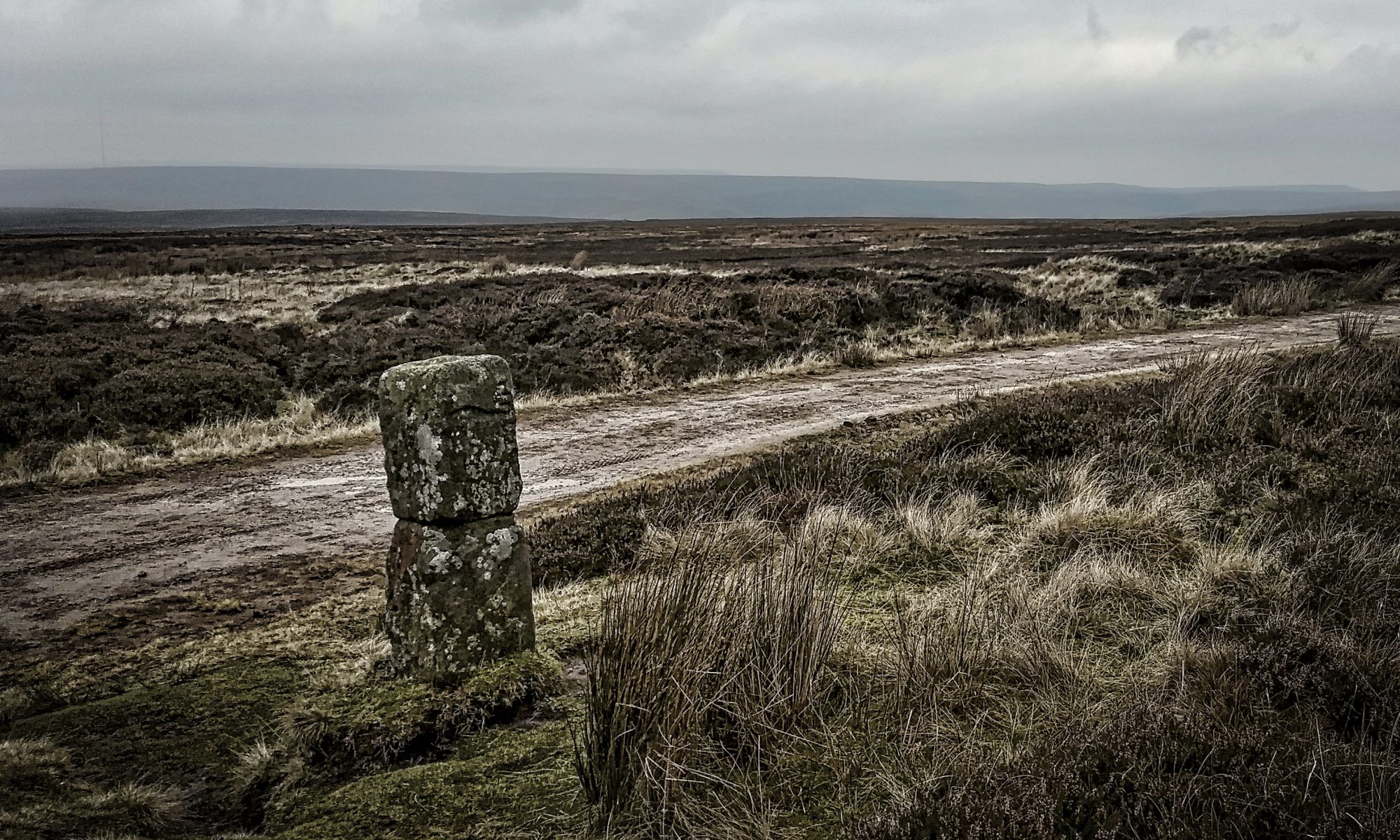 Urra Moor has the highest point on the North York Moors. Fly east, keeping the same height and you won’t touch land again until the Ural Mountains. When an east wind blows this can be a bleak spot. The name ‘Urra’ probably comes from the old English ‘horh’ meaning phlegm or filth, perhaps an indication of what the Anglo-Saxons thought of the place although in medieval medicine phlegm was one of the four bodily humours believed to be associated with a stolid temperament.

A guidepost stands close to the summit by the medieval route of Haggesgate. It is probably 18th-century, erected to comply with the order made by the justices at Northallerton in 1711 for such posts throughout the North Riding. There is an obvious crack which has been repaired and the inscriptions are suffering badly from the effects of the weather. My notes say that one face is inscribed with a crude outline of a hand pointing the way to ‘Stoxla’ (Stokesley). The obverse face has another hand but pointing to ‘Kirbie’ (Kirbymoorside). The hand was a fairly common design on guideposts, there are several examples on the Moors. It is tempting to conclude that the Cleveland Way, using the modern landrover track follows the exact route of Haggesgate but I doubt this will be. A few metres west and a distinct gully is noticeable running parallel to the track. An old sunken road? And of course, a medieval route would be little more than a path perhaps flagged over the wettest bogs.
 Open Space Web-Map builder Code