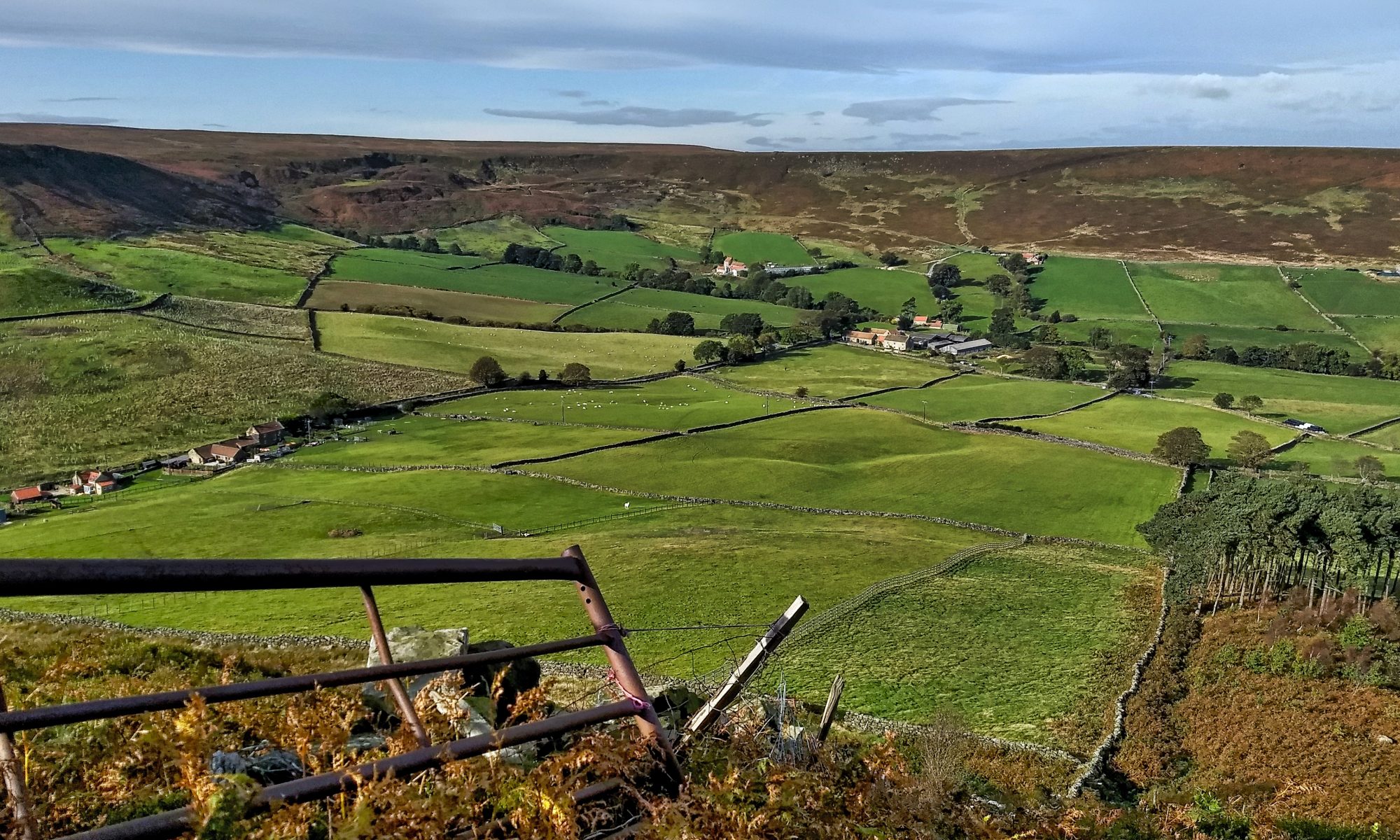 It’s been a few months since I’ve been up on the Heads, that elongated hill separating the two Fryup Dales. This is the head of the smaller dale. The buildings on the far left are named on the map as Fairy Cross Plain. There are two cottages, one is relatively modern but the other has some history, it used to be a Public House, the Ship Inn. The Rev. J.C. Atkinson, the Victorian Vicar of Danby, was a enthusiastic collector of local folklore and intrigued about the origins of the name Fairy Cross Plain. He recounts a conversation he had with one of his parishioners who had lived in the dale all her life.

“Oh yes,” she replied; “just a little in front of where the public-house at the Plains now stood, in the old days before the roads were made as they are now, two ways or roads used to cross, and that gave the ‘cross’ part of the name. And as to the rest of it, or the name ‘Fairy,’ everybody knew that years and years ago the fairies had ‘a desper’t haunt o’ thae hill-ends just ahint the Public.’”

The Reverend asked her if anyone had seen the fairies:

“Ay, many a tahm and offens” said she “they used to come down the hill by this deear (door), and gaed in at yon brig-steean,” indicating a large culvert which conveyed the water of a small beck underneath the road about a stone’s throw from the cottage.

She described how a little green man, with a queer sort of cap on him, had been seen disappearing down this culvert.

The parishioner’s husband was obviously a bit sceptical:

“Wheea, where do they live then?”

But had the old lady actually seen the fairies herself?