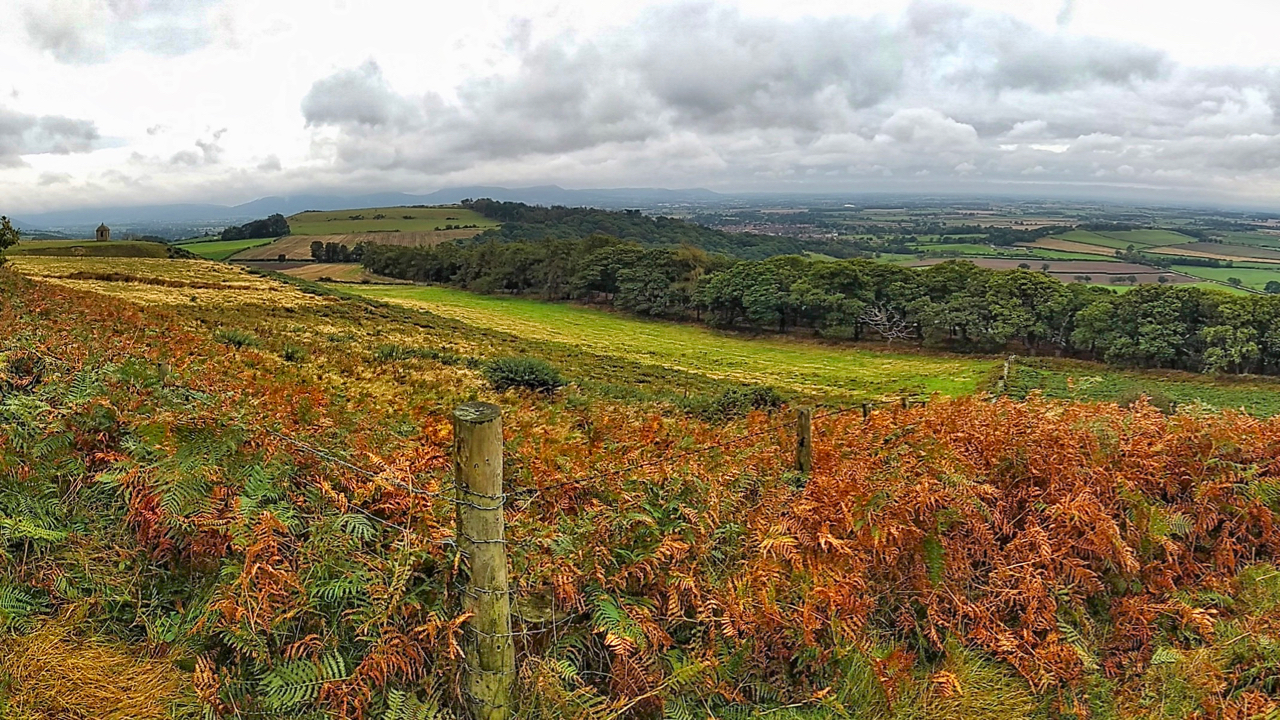 Explored a long-forgotten section of a Public Bridleway up Roseberry Topping that has recently been cleared of bracken. It’s just a wild guess but to me, the route points to an early tourist route up to the summit. I’ve posted about this before. It starts in Newton and goes up Roseberry Lane (or Wood Land as it used to be called). On entering Newton Wood, the bridleway turns south and diagonally climbs up the escarpment. Here there is a kissing gate where the path to the summit climbs past the summerhouse but the bridleway turns north and follows the scarp to the top of the steps. Here the cleared section begins, heading south-west diagonally up the slope until it meets the paved path from the summerhouse. The bridleway climbs the stone path to a height of about 300m where it contours for a short distance before descending to the col on Roseberry Common.

I am told that the Public Bridleway is not suitable for horses. Too steep, and too rocky. My image of fell ponies carrying Victorian ladies up to within 20 metres of the summit is maybe too far-fetched, I have found no evidence. The sandstone cap on Roseberry has been quarried, albeit on a small scale. Perhaps when the Public Bridleway was defined to comply with the National Parks and Access to the Countryside Act 1949 it was a public memory of the way the quarried stone was sledded down. A piece of graffiti on the quarried face has a date of 1888 indicating that the quarrying was done before this date.

One other thing to be considered is that this particular section goes right below the land slump of 1912 which may well have obliterated the original route. The photo is taken from the corner of the National Trust property with the summerhouse field tenanted by Aireyholm Farm. The summerhouse is on the left, Cliff Rigg in the distance and Newton Wood on the right.
 Open Space Web-Map builder Code