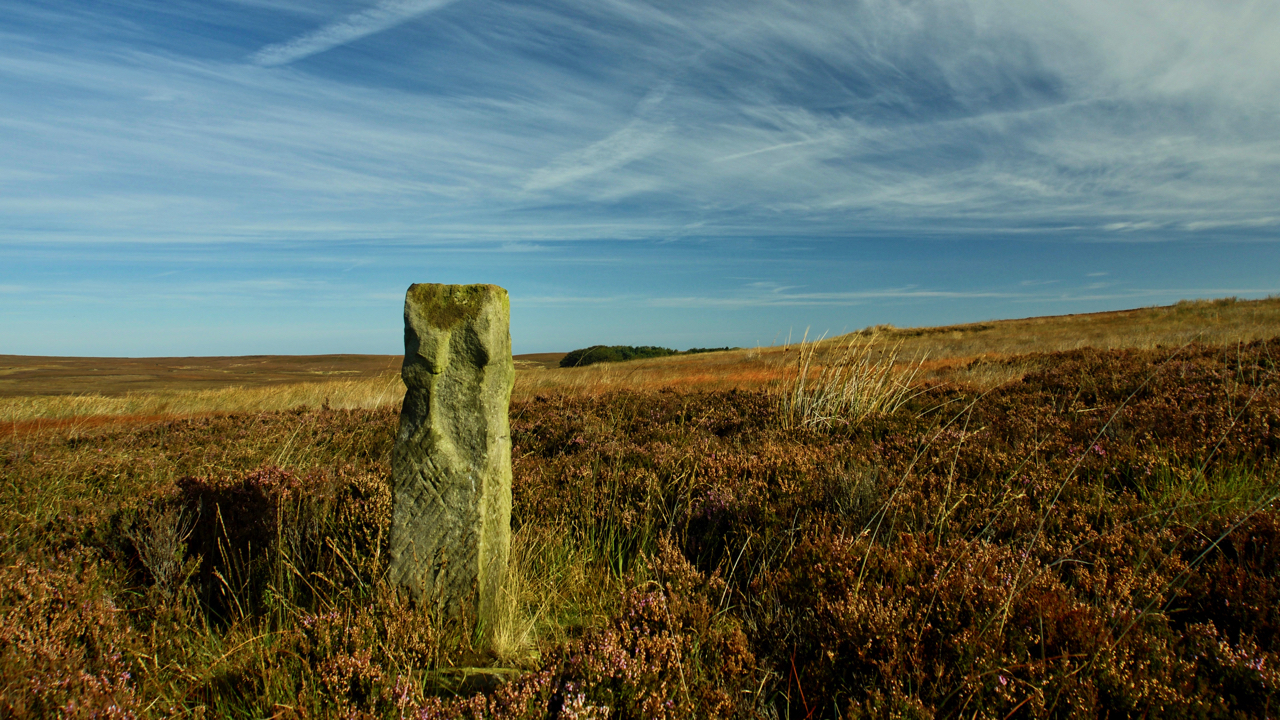 On Moorsholm Moor. Perhaps one of the North York Moors most elusive crosses. Job Cross stands 30 metres or so north of the modern track designated as a Public Right of Way open to all traffic but once found it becomes obvious from quite a way off. The modern route must have been diverted slightly to avoid the boggy ground, probably when the turnpike route from Stokesley to Whitby was established in the 18th-century. Apparently, there is some evidence in the form of a hollowing of the old route. The cross itself looks modern, that is 17/18th-century but it is standing in a recessed base which has the weather-worn look of stonework much older.

There is a couple of suggestions for the origin of the name. One, a corruption of the name Hob, which was a mischievous imp or hobgoblin. ‘Hob’ appears in many names in the North York moors, Hob Cross, Hob Hole to name but two. Another theory is that it was originally Jub.
 Open Space Web-Map builder Code