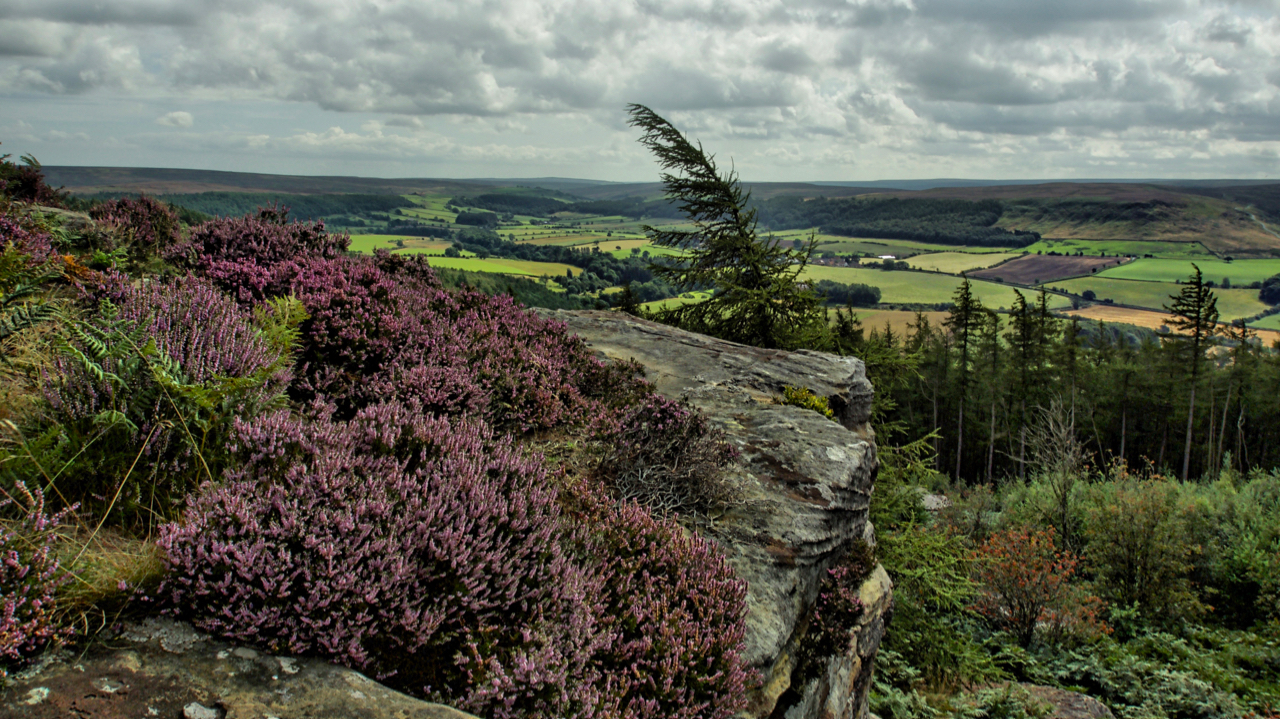 Named as Ward Nab on the largest scale maps but known affectionately as Cook’s Crags by the climbing community.

The ling is blooming nicely, here seen in a more natural setting than the vast swathes of moorland with which it is normally associated. The low lying shrub has been used through the ages as a fuel, bedding, fodder, thatching, ropes and the framework for wattle and daub walls. The handles of the Scottish dirks are traditionally made from the root of ling. And apparently, brews a good beer, known in Scotland as “Leann Fraoch“.

I have heard that the heather on some moors has been decimated this year by the heather beetle, Lochmaea suturalis. The larvae of these small brown beetles feed on the leaves and can generally be found on all moors, but in some years swarms occur stripping the heather bare.
 Open Space Web-Map builder Code