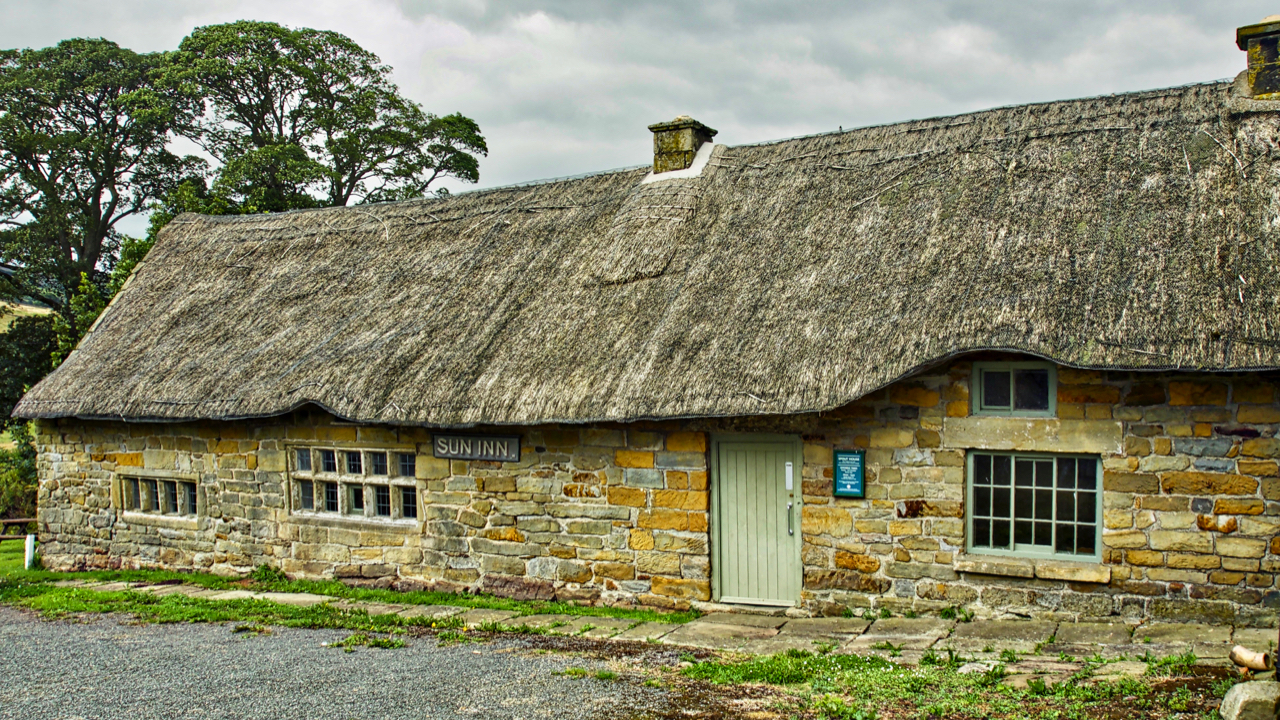 On this day in 1914, Austria-Hungary declared war on Serbia, exactly one month after Archduke Franz Ferdinand of Austria had been assassinated by a Bosnian Serb nationalist. It was the start of a world war that would cost millions of lives. Also in that same year, ale was last served in the Sun Inn, just down the road from Chop Gate in Bilsdale. The building uses the traditional cruck frame method of construction. Crucks are pairs of inclined and generally curving timbers tied together with a cross beam. Think of a letter ‘A’. Walls are infilled between several pairs of crucks along the length and carry no weight.

The building itself dates from 1550 and had the original name of Spout House after a spring in the hillside behind. It would have been a typical yeoman’s longhouse, with a parlour and forehouse to the left of the door and a byre for the animals to the right. The first license as an inn was granted in 1714 and it was probably around this time that the byre was converted to domestic use, the roofspace fitted out as sleeping accommodation and stone mullioned windows were added. The National Park Committee restored Spout House in 1982 to pretty much the same state as it was when that last pint was served.
 Open Space Web-Map builder Code