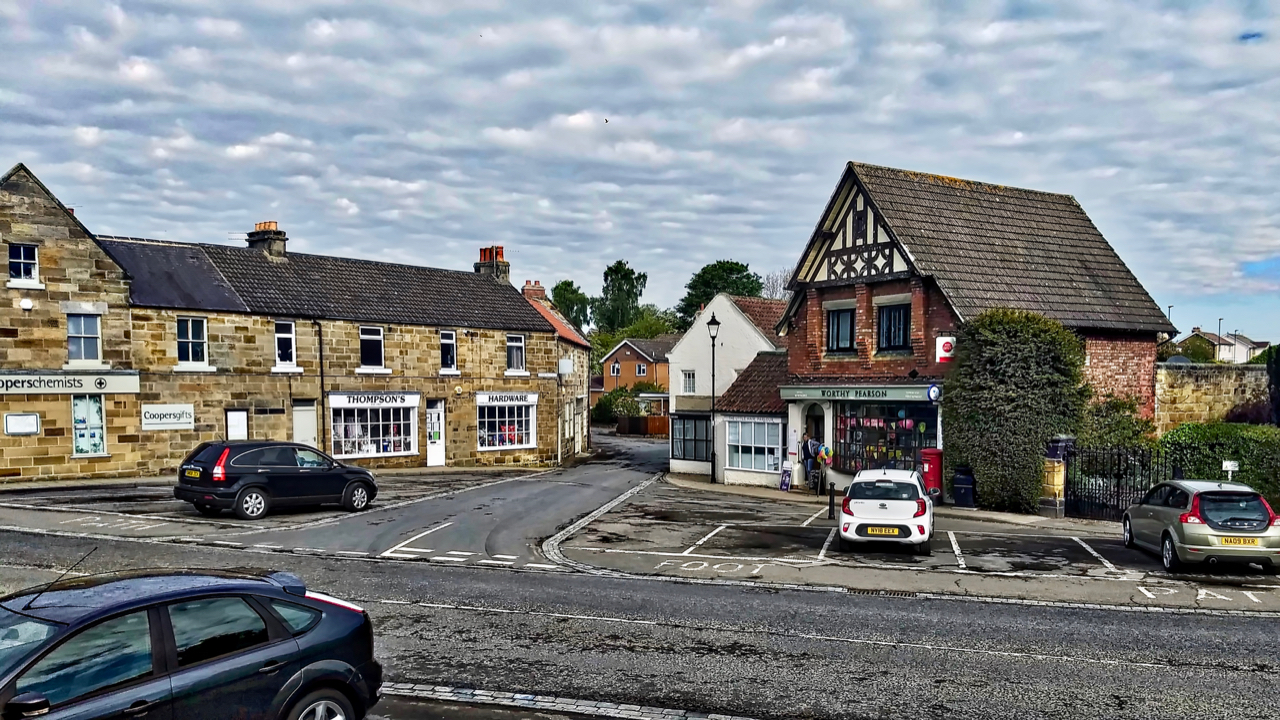 An early ride out and a surprise to see Great Ayton empty of cars. Well, almost but an opportunity not to be missed. This is Park Square and was, before the time of a piped supply, the site of one of the village water pumps, known as the Old Grey Well. Villagers would come here to fill a bucket to carry back to their cottages. But the sub-soil below Park Square is solid clay, and the Old Grey Well often became contaminated by surface water and finally declared unfit for human consumption in 1888.

To the right is the newsagent and post office, Worthy Pearson, a long established Ayton business, originally in premises next to the Royal Oak. The building was formerly known as Well Cottage and was designed by the eminent Victorian architect, Alfred Waterhouse, designer of many famous buildings such as the Natural History Museum in London and Manchester Town Hall. There are several of his designs in the village and many more in the Teesside: Grinkle Park, Hutton Hall, and Middlesbrough Grammar School, now part of Teesside University.

So what is the connection between perhaps the best-known architect of his day and a small Yorkshire village? Well, and bear with me here, it’s a bit complicated. Alfred Waterhouse was born in Liverpool to a Quaker family and attended a Quaker school in London where he began a life long friendship with Thomas Hodgkin. In 1860 Alfred married Thomas Hodgkin’s sister, Elizabeth, whose stepbrother, Jonathan Backhouse Hodgkin married Mary Anna Pease. Jonathan and Mary Anna set up home in Cleveland Lodge in Great Ayton after inheriting it from Thomas Richardson, a wealthy Quaker financier.