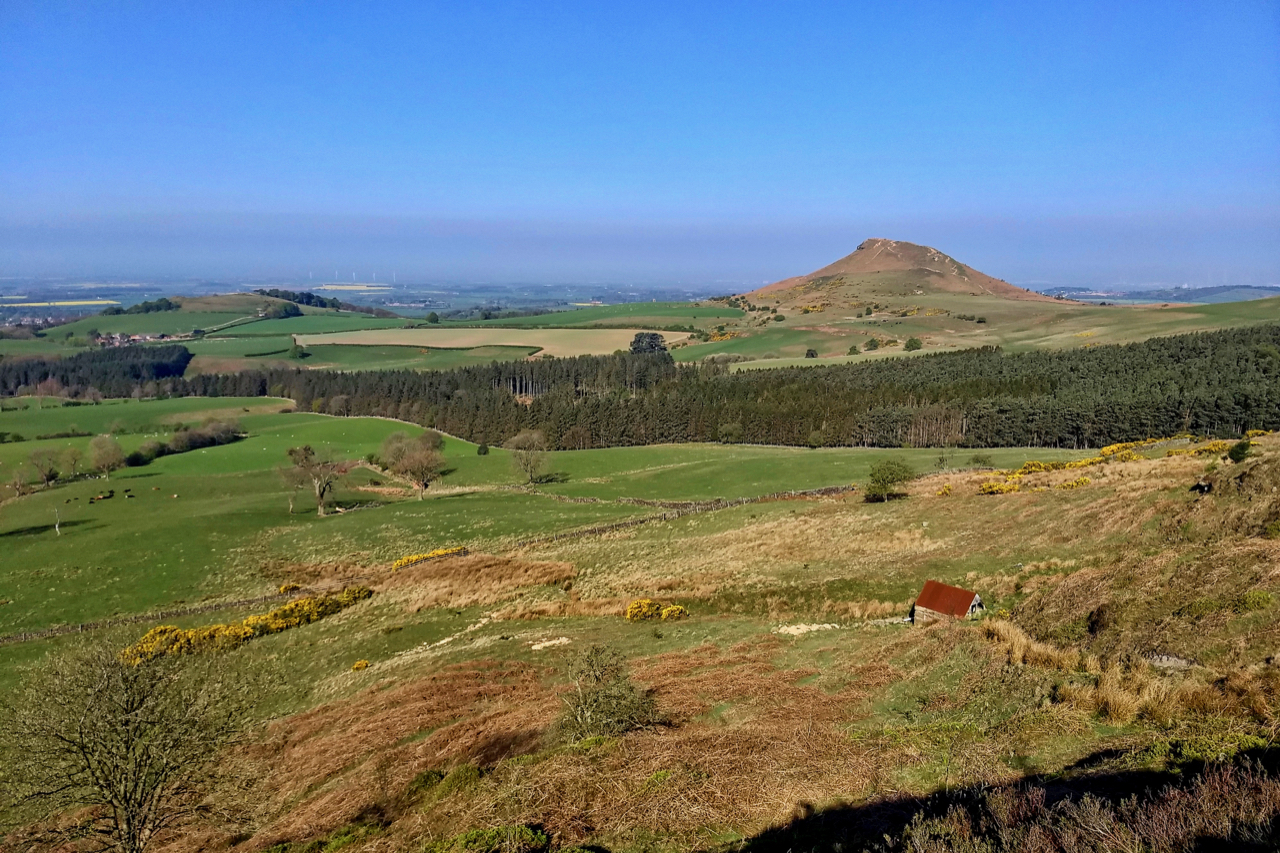 A view from Ayton Bank. On the right, Roseberry Topping, “Cleveland’s Matterhorn”, a glacial outlier, the remains of a spur of the moors eroded away by the last ice advance from the north-west as the ice, hundreds of metres thick, met the bulk of the high moors. Cliff Rigg, on the left, has a slightly different origin. 57 million years ago magma from a volcano located in what is now the Island of Mull off the west coast of Scotland cut through the older sedimentary rocks. This intrusion, only 25 metres thick or so eventually peters out somewhere under the North Sea. In places it is deep underground, in others, it breaks the surface and here, in North Yorkshire, is known as the Cleveland Dyke. This extremely hard rock, once valued for use as cobbles and roadstone, formed a barrier of resistance to the ice which had to flow over it like a rock in a stream.
 Open Space Web-Map builder Code