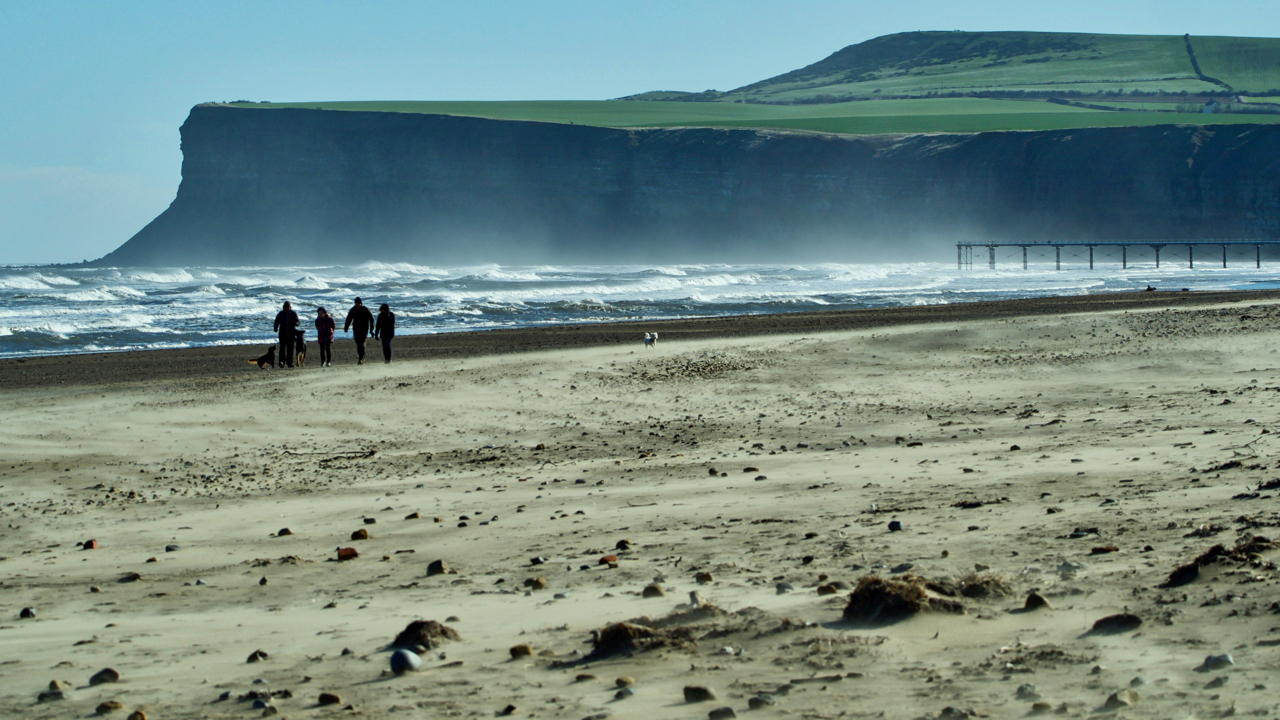 A bracing stroll along the beach at Saltburn.

This morning’s Inshore Waters forecast for Berwick-on-Tweed to Whitby:-

In hindsight, it seems a fairly accurate forecast although a moderate sea state looks to me as pretty hopeful from the safety of dry land. ‘Moderate’ indicates a wave height of between 1.25 and 2.50 metres according to the scale devised by Sir Percy Douglas in the 1920s and still in use. ‘Moderate’ visibility, on the other hand, is between 2 and 5 nautical miles with ‘good’ being better.
 Open Space Web-Map builder Code