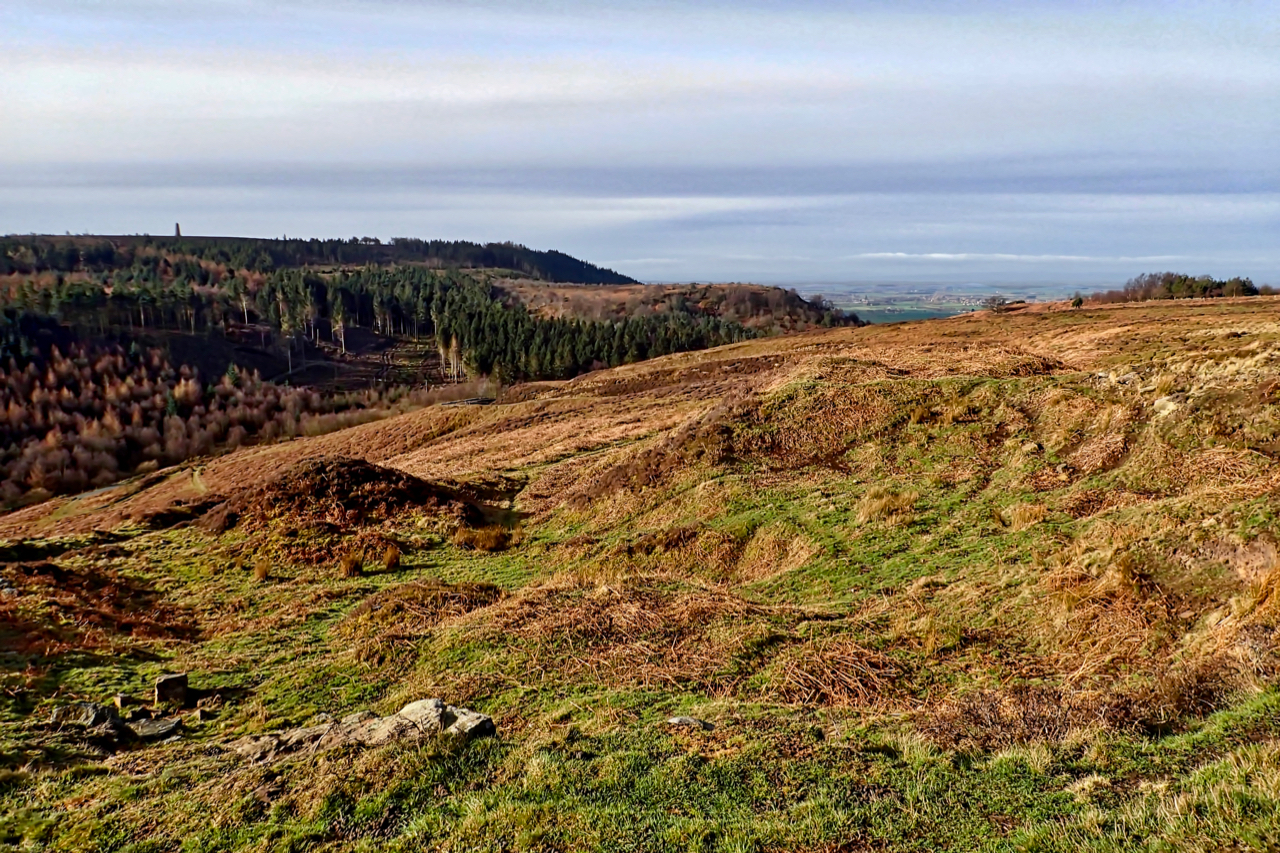 I have never really understood where Gribdale is. The oldest Ordnance Survey map marks Gribdale Gate as the col between Little Ayton and Great Ayton Moors. There is a Gribdale Plantation but apart from that, there is no other mention of the name, and there is no resemblance of a dale on the Great Ayton side of the col. This side is mapped as Lonsdale Slack, now covered by forestry. The row of terraced houses known as Gribdale Terrace is not shown on the map. These were built later for the whinstone quarrymen with the terrace obviously being named after the gate.

It is usually said that the ‘dale’ element of a place name means a valley, coming from the Old Norse word dalr. So assuming the ‘Grib’ element is an Old Norse personal name that would it the dale of Grib. Incidentally ‘gate’ also comes from Old Norse, gata for a road.

The photo was taken above a small disused sandstone quarry on the edge of Great Ayton Moor under a lovely morning sun. Fifteen minutes later it was overcast and dull and remained for the rest of the day, deteriorating into rain.
 Open Space Web-Map builder Code