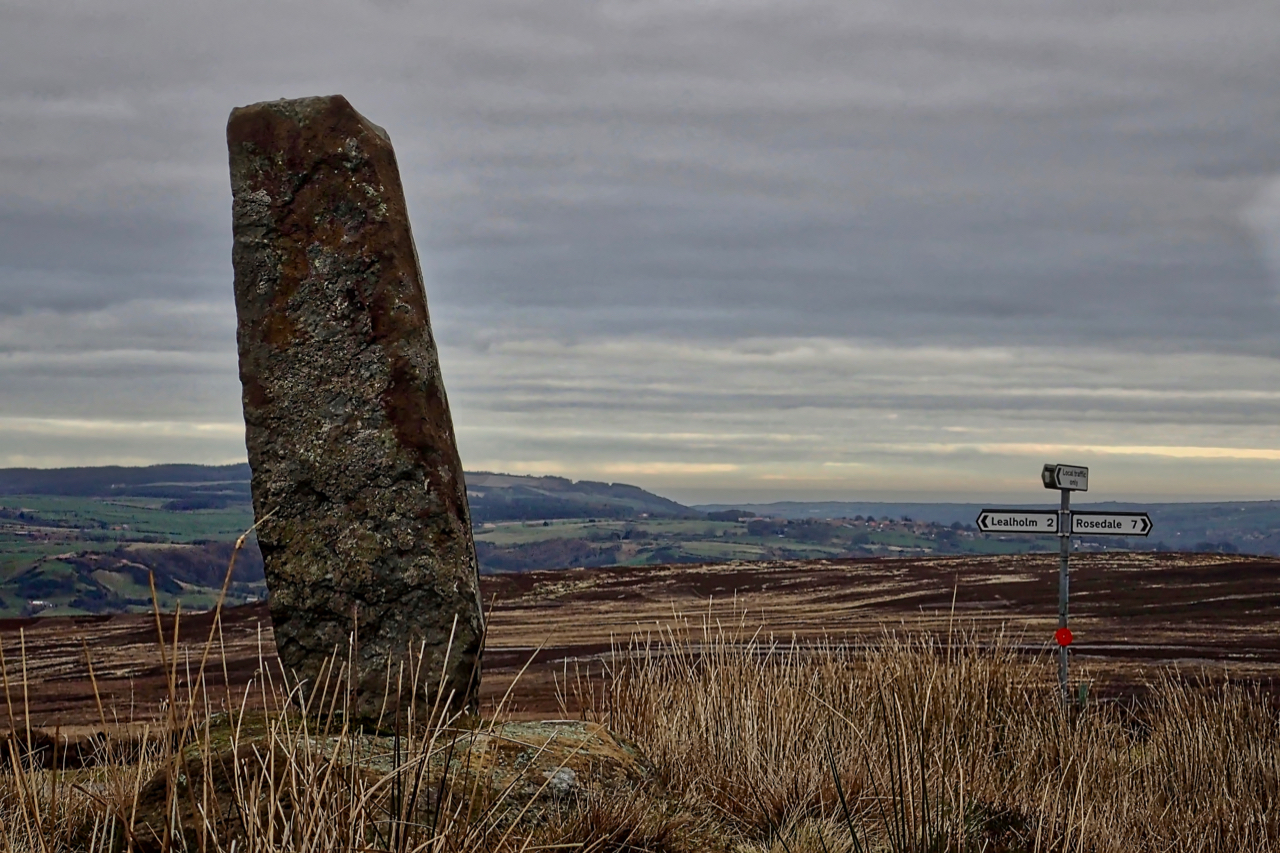 After a great exploration of Glaisdale Rigg, my final photo of the day. A stone’s throw from the where the car was parked, a Medieval wayside cross. Situated at the crossroads of Yarlesgate, the north-south pannierway linking Lealholm to Rosedale, and the east-west track from Glaisdale to Great Fryup Dale, down the very steep Beanley Bank to Street.

Actually, only the base is medieval. The shaft itself, 1.3m high, probably dates from the time of the erection of the numerous other similar guideposts along the moorland track, in the late 16th to 18th century. Originally it is supposed a `Latin’ type of cross would have stood in the socket in the base, decorated with Christian symbols reminding travellers of their Christian faith and providing reassurance in an era when wolves still roamed the moors. As well, of course, as their primary function of a waymarker across the desolate moors.
 Open Space Web-Map builder Code