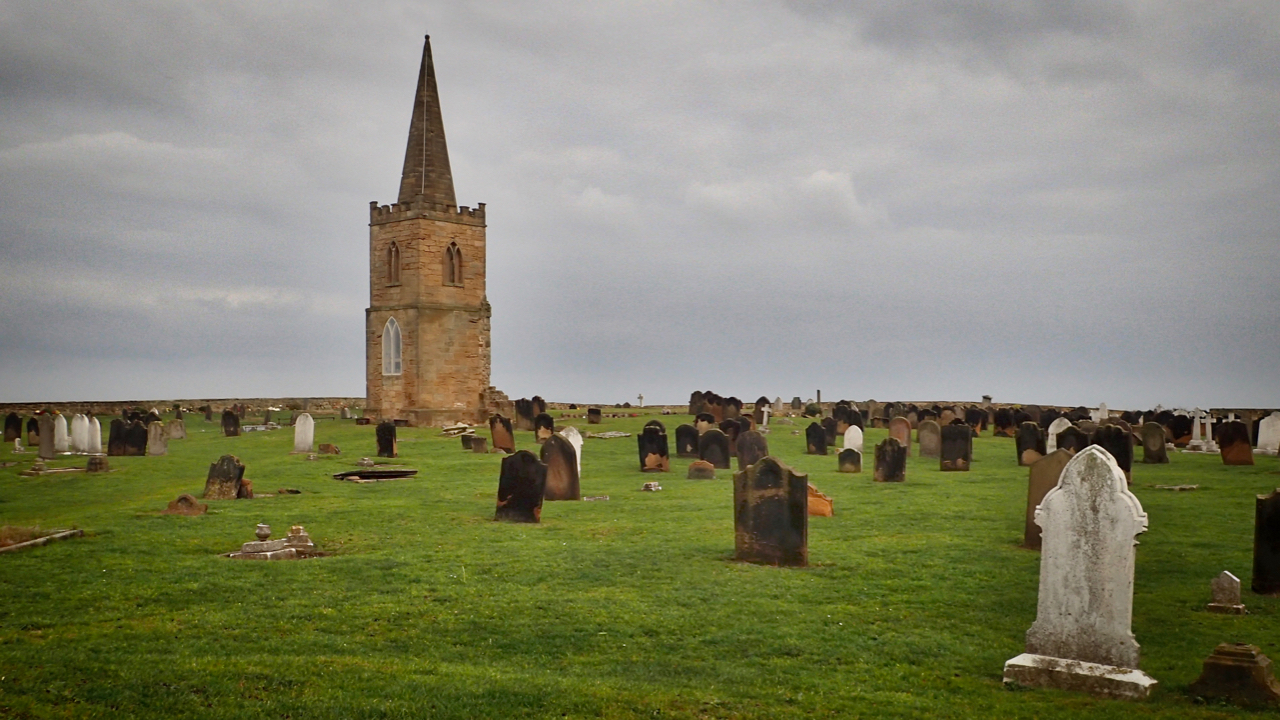 When St. Germain’s church was demolished in the 1950s the Saxon tower was left standing as an essential navigation aid for boats sailing up and down the coast. Nowadays of course, with the advent of GPS, such landmarks are no longer required. The church had been rebuilt in 1821 when the spire was added to the tower. Until 1867 St. Germain’s was the parish church for both Redcar and Saltburn with the congregation walking along the beach. At high tide, the route would have been up and down the dunes. This was the final route of James Cook senior, the father of Capt. James Cook. He had been living with his daughter in Redcar and died on 1st April 1779 unaware that his son had been killed in Hawaii earlier in February that year.

There are rumours of secret tunnels from the churchyard to certain houses in Marske which were used for smuggling. Gin, brandy and lace would have been landed on the beach and hidden in the church. One particular sexton, William Stainton, had such a reputation as a smuggler St. Germain’s became known as the Smuggler’s Church.
 Open Space Web-Map builder Code