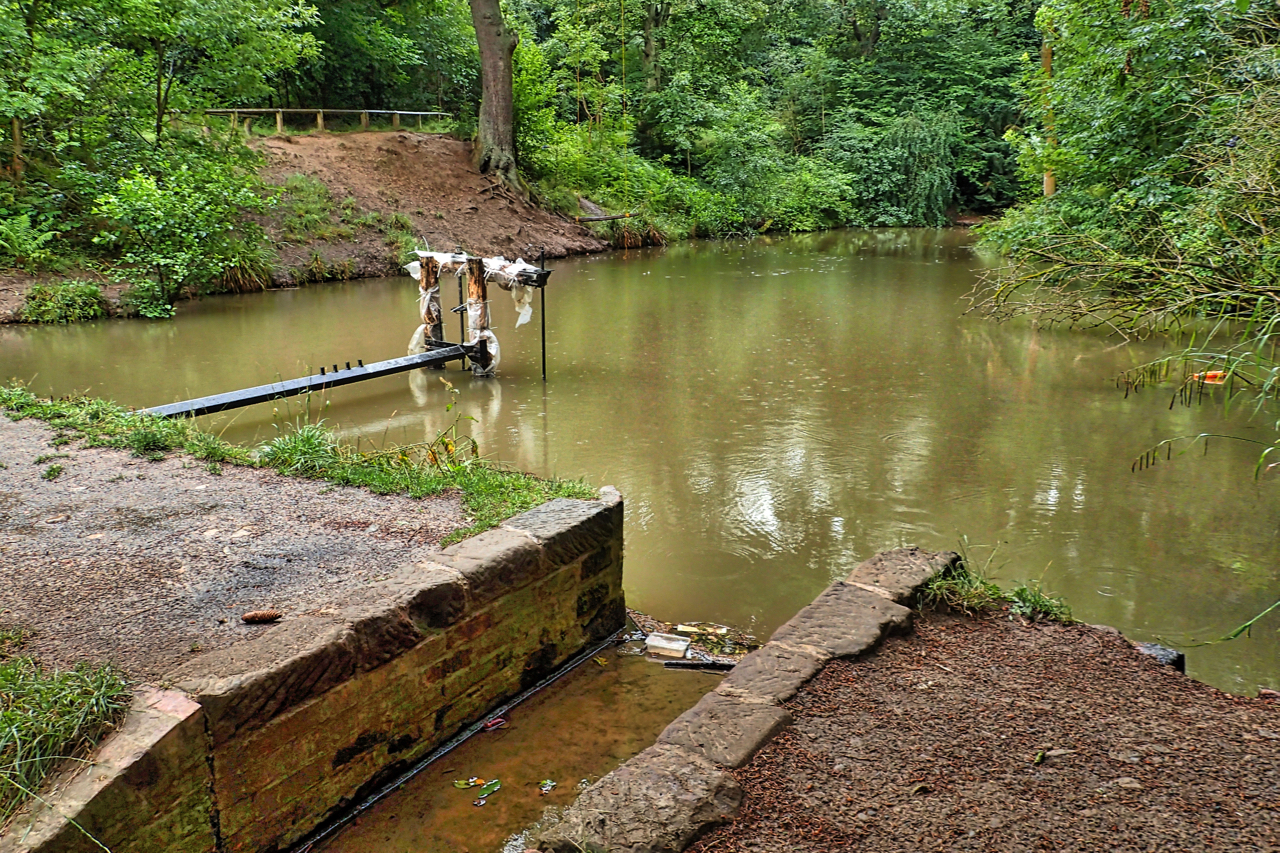 Not really a lake and definitely not blue, more of a mucky brown. It is, of course, a small dam and the blue refers to the blue colour it was said to be because of the salts of alum that leached into the water. It was built in 1880 by Sir Joseph Whitwell Pease to drive hydraulic machinery at his Home Farm.

Pease came from a wealthy influential Quaker family. He was a banker, industrialist and railway pioneer. One of his many ironstone mines was the nearby Codhill ironstone mine for which he built the ‘model’ village of Hutton for his employees including a school and mission house. When production ceased at Codhill in 1865 and Hutton became a quieter place to live he built Hutton Hall including its Home Farm. Pease went on to become MP for South Durham and later Barnard Castle and, influenced by its Quaker upbringing, he was very involved in the Peace Society and the Society for the Suppression of the Opium Trade and was a campaigner against capital punishment.
 Open Space Web-Map builder Code