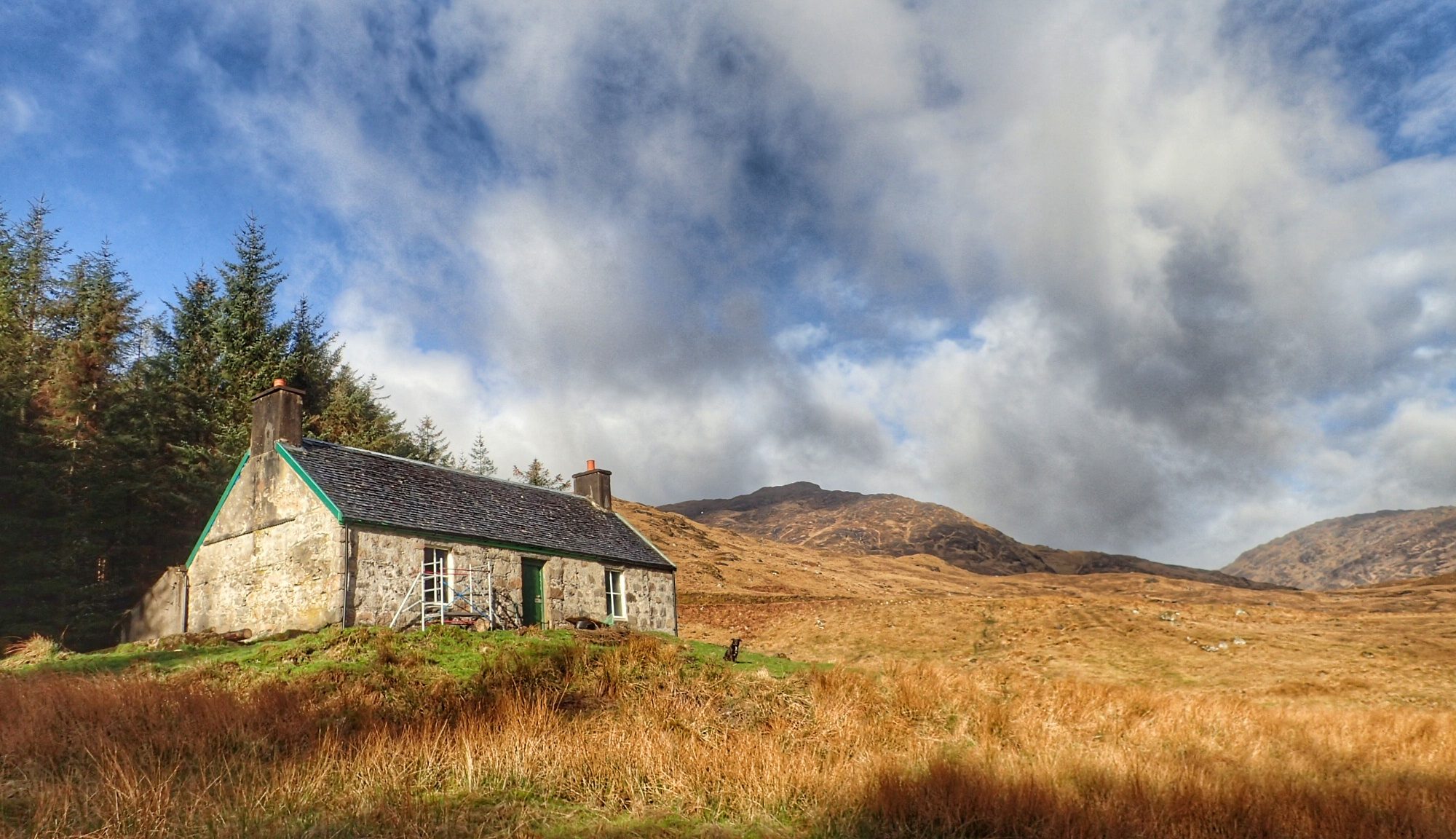 A bothy in Glendessary, 30 miles north west of Fort William. Scottish bothies have been romanticised recently with several press articles and TV programmes. Free places to stay in remote locations with congenial company around a roaring log fire without those creature comforts of modern life that most take for granted. Electricity, gas, WiFi and a comfy bed. What is not mentioned is that these bothies need looking after otherwise they would quickly fall into disrepair and that maintenance is done by volunteers. Andy and Bob are mates of mine and maintenance officers for A’ Chuile bothy. I joined them on a working party along with a few others. The work tasks were to replace the windows and door, seriously rotten, along with new worktops and painting. All tools and materials had to be carried the final 200m down a rocky and muddy path. Bothy etiquette is to take out all rubbish so we were disappointed to find several binbags full of rubbish presumably waiting for council collection. Some folks just don’t get the message.

A’ Chuile translates as the back of beyond and was indeed the least desirable end of the glen. A place where families were uprooted to if they upset the factor. It is north facing and today is surrounded on two sides by commercial forestry. At the end of the 18th century there were 24 houses in the glen in three “townships”, one of which was Coule. In 1804 the glen was cleared although many families had already emigrated to Canada. By the 1841 census just one house was inhabited, a situation which is mirrored today as the only residents are the gamekeeper and his family at Strathan at the foot of the glen.
 Open Space Web-Map builder Code

One Reply to “A’ Chuile”