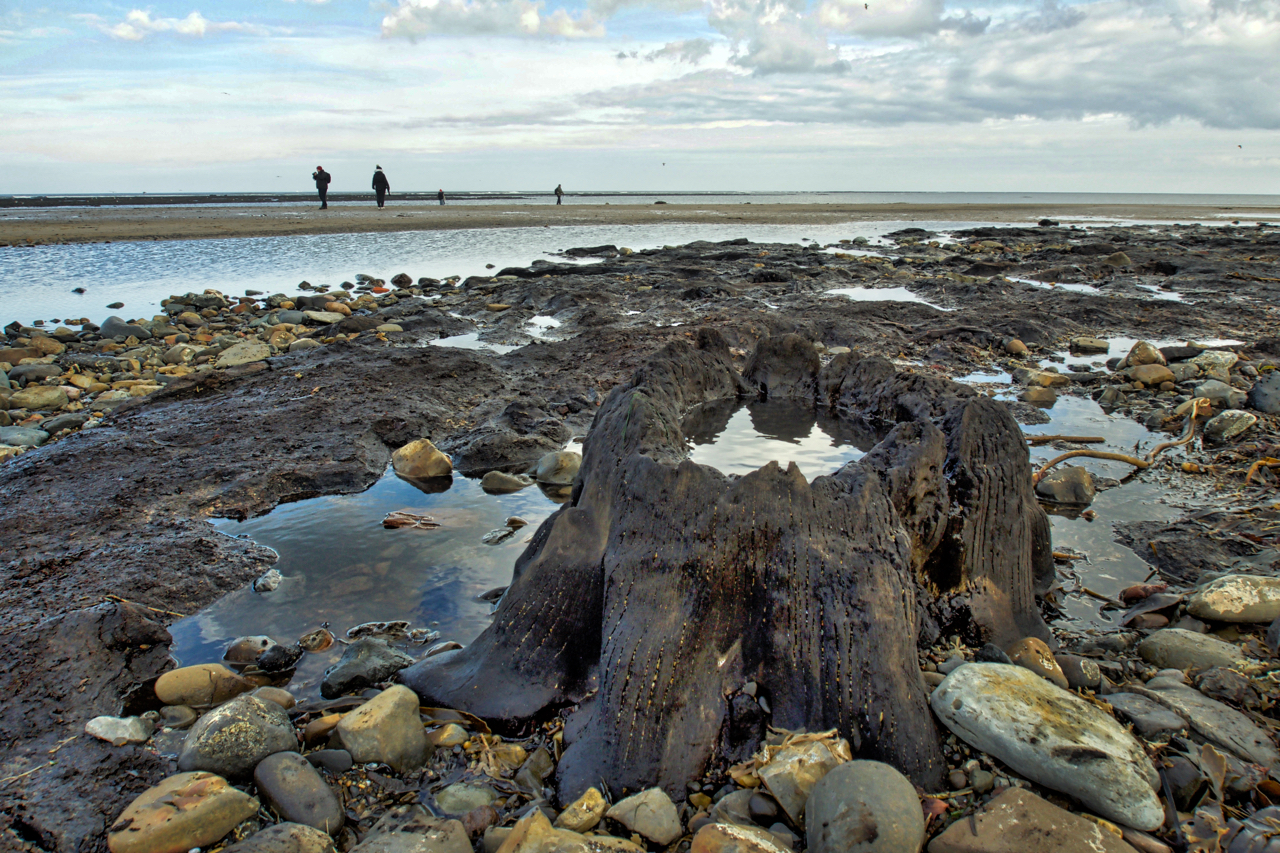 Every so often, after a particularly fierce storm, petrified tree stumps appear out of the sands on the beach at Redcar, only to be buried again a few weeks later. The last time was 2013. Last week’s Beast from the East scoured away a vast tract of sand revealing several tree stumps, fallen logs and the remains of an old wooden boat. The boat, of course, is relatively modern, could it be the brig “Ocean” which was wrecked off this stretch of coast in 1812? The trees, however, are much older, dating to around 4,000 BC, a time when the coast was much further out and the land was covered in a forest of birch, oak, beech and sycamore trees. Over the millenia minerals have penetrated the pores in the wood, giving it a stone like texture, hence it is said to have become “petrified”. When the trees were standing man was just beginning to abandon his hunter-gatherer subsistence and settle into small, perhaps seasonal, farming communities. The accepted transition between the Mesolithic and the Neolithic. Some of those trees exposed in the past have been investigated and evidence of axe marks have been found.
 Open Space Web-Map builder Code