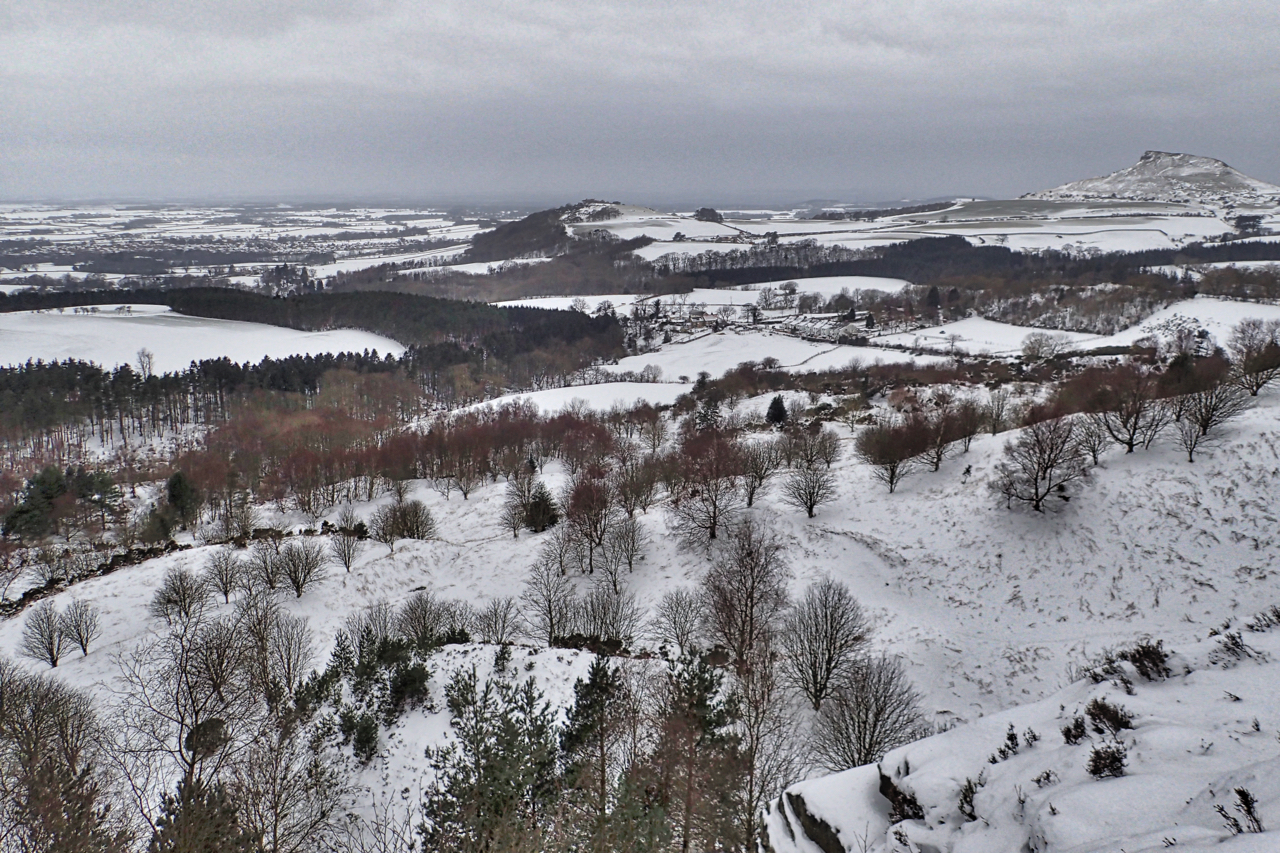 A cold, overcast day. The fresh snow of the last few days has aged into a dirty wet surface. I found myself above Gribdale looking down on the heavily worked hillside of Cockshaw where the snow accentuated the contours of the Ayton Banks Alum Works that operated for a mere nine years in the latter half of the 18th century. The manufacture of alum has been said to have been Teesside first chemical industry. Alum crystals were much valued for the fixing of dyes in textile manufacturing. The process by which the crystals were made from the shale quarried was long and laborious and in Elizabethan times a closely guarded papal secret. First, the quarried blue/grey shale was layered up with brushwood into a “clamp”, about 4 metres high and lit. The burning lasted for six months or so, during which the shale was calcinated into water-soluble salts. The clamp was then dismantled and the residue leached in water in steeping pits and stone-lined cistern tanks, a two-stage process. Finally, the liquor was run downhill in a channel to the alum house where it was allowed to crystallise. 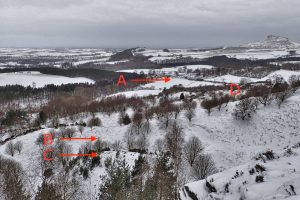 In the photo, the knoll [C], bottom left of centre, is a unique example of a clamp. Usually, clamps were dismantled but it is thought that in middle of the 1770s, the bottom had fallen out of alum market and works closed. The intact burnt clamp was, to use modern terminology, “mothballed” by covering it with a thin layer of clay. Immediately downhill [B] is a flat depressed area where the outlines of the steeping pits and stonework of the cisterns may be discerned on a day without snow (and before the bracken starts to dominate). It would be from here that the liquor would be channelled down to the alum house located in the field [A] in front of the houses of Gribdale Terrace. (For more info. see here and here).

Also, the photos show the general area [D] of the ironstone drift mine at Ayton Banks, and higher up the slope, but not so obvious, are jet workings. As I said a heavily worked hillside of industries past.
 Open Space Web-Map builder Code