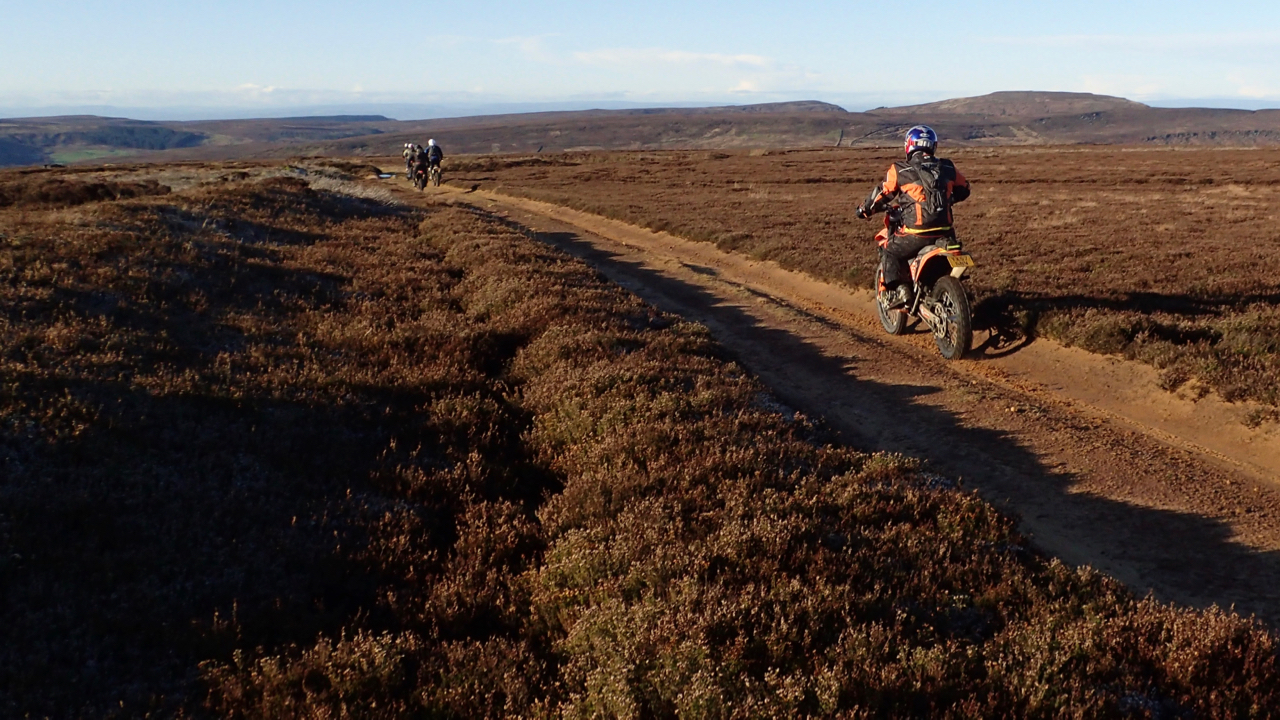 It was very peaceful on Urra Moor today, once I had cleared the sound of a shoot in upper Bilsdale. Blue sky, puddles frozen, no wind, all quiet except for the occasional ka, ke, ke, ke, ke, kekekerrr of a grouse taking flight. But then a group of motorcyclists spoilt the atmosphere. Being on a Public Bridleway, this was illegal riding of course. The local police will confiscate the bikes if caught but catching them is difficult. I came upon them again stopped on the Public Bridleway that runs alongside Billy’s Dyke. “We’re lost, can you help?” said the spokesman. Not being confrontational I must admit to not making full use of the opportunity, merely asked where they wanted to get to. Apparently, the beaters for the shoot had stopped them descending into Bilsdale. Initially, they said they wanted to get back to Rudland Rigg but this changed to Chop Gate after I said the best way would be to retrace their route. Ended up directing them down the track to Bilsdale Hall.
 Open Space Web-Map builder Code