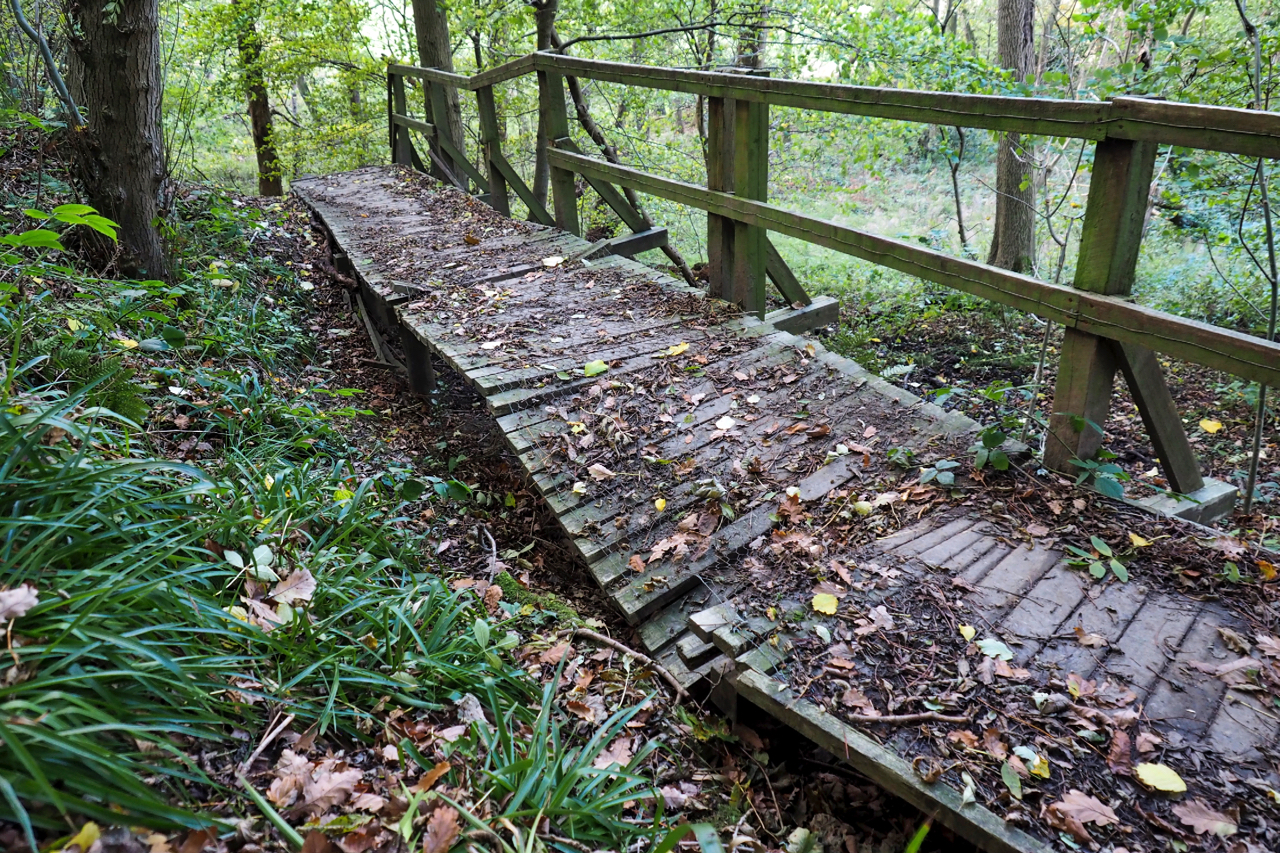 Some severe damage occurred in Newton Wood on the National Trust’s Roseberry property over the weekend. Several sections of a wooden walkway over a boggy section has collapsed and a large barrier designed to stop vehicular access has been broken. The damage was discovered on Sunday. I passed this way on Thursday and all was well then. Now apparently, the local hunt used the wood on Saturday. A bloke was spotted laying a trail by dragging a rope around, presumably scented, followed by the yelping of scores of hounds. There are reports of horses “galloping” along the Cliff Ridge Wood footpath, of abuse directed at any walker who dared to comment and of hounds running loose and out of control. All this on a Saturday in a very popular area for families and dog walkers out for a quiet stroll. Now I’m not suggesting that the hunt caused the damage but it’s highly coincidental. There are plenty of hoove prints along the path.

You may have read that in spite of a rejection of a proposal to ban all “trail” hunting on National Trust land, hunts still need to be licensed with details of the date and venue appearing on the Trust website. I had actually checked the page last week and again today and nothing about any hunt in Newton Woods has been listed.

So what’s going on. Is the local hunt somehow exempt from this licence to use Roseberry Topping?

But whoever is to blame for the damage there is a deeper issue. One of the key principles of The Countryside Code is Respect. Respect for the local community and others enjoying the outdoors. Lack of respect can be seen everywhere. Dog owners not scooping the poop; noisy and illegal off-road motorcyclists; walkers who cannot be bothered to take their litter home; even mountain bikers riding off Public Bridleways. There are endless examples. Is the hunt actually aware The Countryside Code exists?