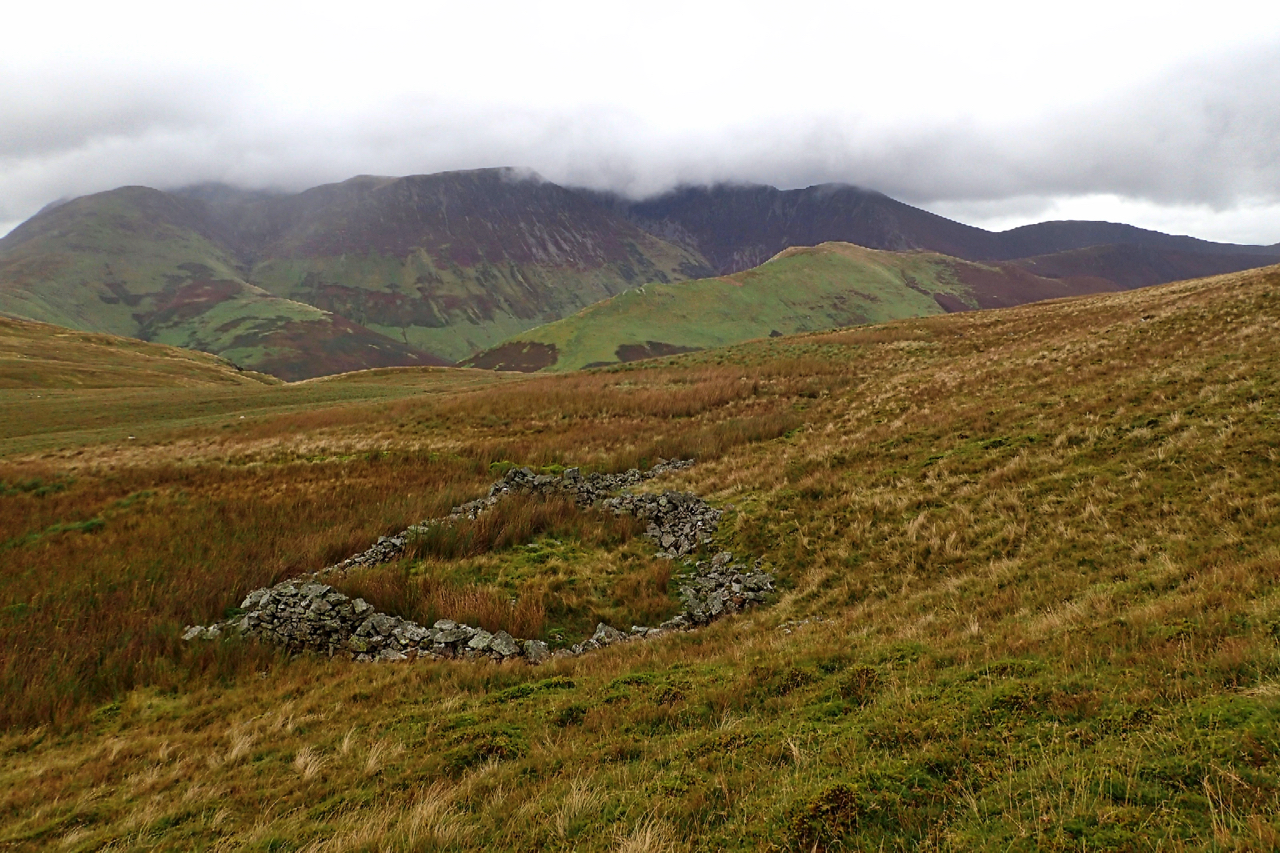 A bit of a dilemma, this weekend I’ve been in a deep valley in the Lakes with no wifi access. This means that I have two days worth of photos. Yesterday was sunny and clear and a walk around the lake produced several shots worthy of a Christmas card. Today, however, the weather forecast was dire. Winds increasing to 40-50 mph, rain becoming heavier and visibility deteriorating but I had entered the Lake District Mountain Trial, one of my favourites and a race which is guaranteed to get you off the usual heavily used footpaths. So my dilemma, a pretty, repeatable picture from yesterday or one from today from a location I am unlikely to return to.

So, where have I been. The sheepfold is marked on the 1:25,000 map but not annotated as such. In the distance is a ridge of three tops of laminated mudstone and siltstone rocks. The middle top, shrouded in cloud, has a trig point a little shy of 850m high. And perhaps one other clue the valley contains a small village said to be the inspiration for one of Beatrix Potter’s book. To give you which one is too much. You’ll have to read the lot. Anyone who wants a further clue can look at the LDMTA’s website. You should get the venue on there and in a few days time, you might find the route I took.

Update 3 October 17: not much response. I must have made it too difficult. I was on Buttermere Moss although. The fold is shown on the 1:25,000 map which unfortunately is not available on the Ordnance Survey widget below.
 Open Space Web-Map builder Code

2 Replies to “Somewhere in the Lakes”