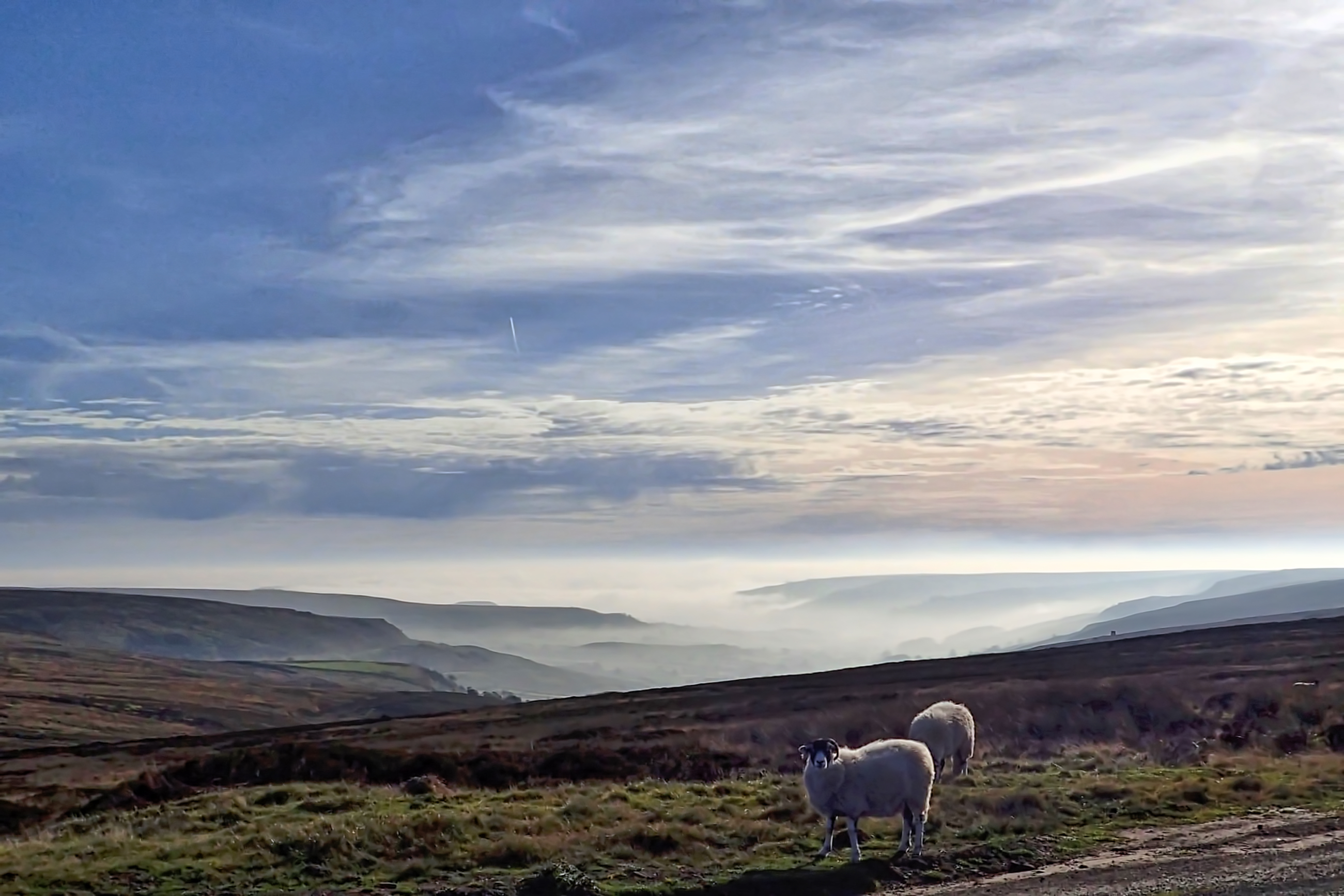 Hallowe’en, and a trip out on the bike in search of a photo relevant to the occasion. Left the Tees Valley under a haze and found blue skies on Blakey Ridge with mists filling the south running dales of Rosedale and Farndale. Magic; who needs a commercial American import.

I can’t remember making a fuss of Halloween when I was a kid. Sure we had knocky nine doors with black cotton tied to the door knocker but I can’t say for sure if it was carried out on 31 October or the evening before Bonfire Night known as Mischief Night in the North of England. We certainly had no ‘trick or treat’ or carved pumpkins.

And what a waste pumpkins are. A chap on the farming programme this morning reckoned they amounted to 18,000 tonnes of food waste. They aren’t even the best tasting of the squashes.

Hallowe’en is said to have originated with the Celtic festival of Samhain which was actually a three day festival of the end of the summer (the Old Irish word for summer is samh and for end is fuin). The Christian celebration of All Saints Day or All Hallows Day, held on 1st November, sometime became merged with Samhain. The next day, 2nd Novermber was All Souls Day, when the dead was honoured. An Irish tradition told of a man named Jack, who tried to trick the devil. He was condemned to wandering about the moors for eternity with only a burning coal inside a hollowed out turnip. A carved out turnip then is said to ward off Jack o’ lanterns and other evil spirits.

19th century Irish immigrants took the traditions with them to America where they discovered that pumpkins were easier to carve than turnips. The traditions were transformed into the modern commercial festival which have now returned across the Atlantic.