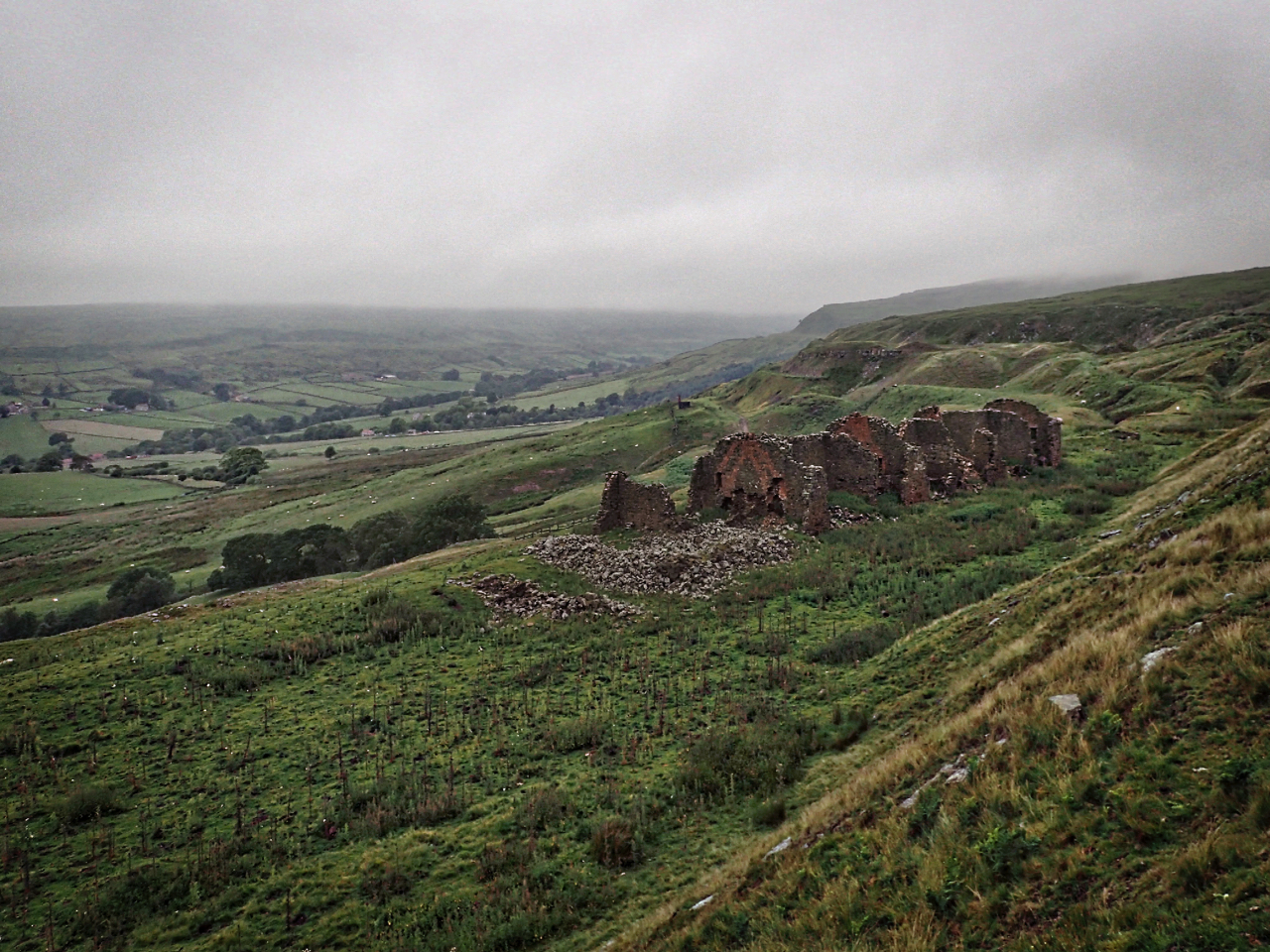 Why is it, I thought as I was driving over Rosedale Head, that every time I head into Rosedale it’s damp and it’s foggy. A truly miserable morning. The plan had been to park high on the east side, cross the dale and have a look at the kilns on the west side. Dropping out of the cloud I stumbled on these ruins of High Baring Cottages. A few moments later the rain started.

High Baring Cottages were built in the 1860s for the miners at Rosedale East Mine. They can be seen on this photo of Rosedale just to the left of and level with the kilns. But you’ll need a magnifying glass. Life must have been hard for the families that lived here even in on some days of July. Never mind the winter. Although the mine itself continued operating until the miners strike in 1926 it appears the cottages were abandoned sometime in the 1890s.

The ironstone mines of Rosedale are included in the North York Moors National Park’s This Exploited Land initiative. Using Heritage Lottery funding this will aim at preserving the remains of the industries as well as protecting the natural habitats where they are located.