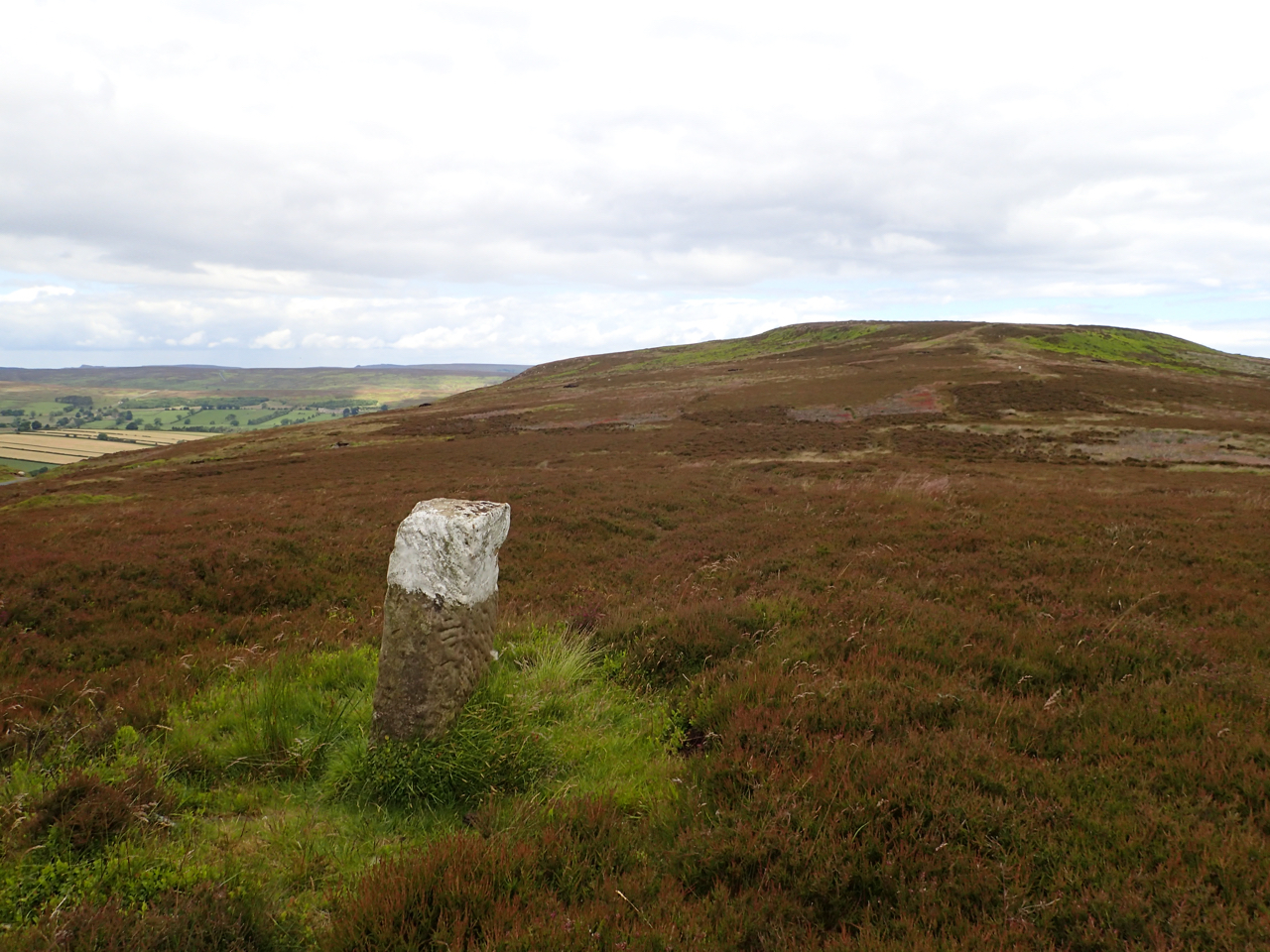 I heard yesterday that a new sculpture is being planned to be erected on Castleton Rigg over looking Westerdale. I just had to have a look at the place so I made that my mission for the day.

Castleton Rigg is a long finger of prime grouse moorland separating Westerdale with Danby Dale. It is not walked much owing principally I should imagine because the busy road from Castleton to Blakey Ridge runs up it. A series of stone boundary posts also runs along it denoting the boundary of Danby parish who keep up the traditional of painting these stones are white. Quite quaint actually. The heather moorland is owned by David Ross, co-founder of Carphone warehouse.

The proposed sculpture is by artist Sean Henry and is called The Seated Figure. Here is his impression. It’ll face east overlooking Westerdale. So that’ll be to the left of the summit on my photo but I don’t think it will protrude above it. It fact I don’t think it will be visible from the road (just off to the right in my photo). More details of the sculpture can be found on the North York Moors Planning website.

I am a bit ambivalent. On the one hand I am saddened that here is yet another example of Disneyfication of our National Parks but accept that I can’t live in a bubble with no changes to my little world. I didn’t like the Angel of the North at first but after 18 years I must admit is has grown on me. At 2.9 metres high this sculpture would be dwarfed by the 20 metre Angel. And I do like Sean Henry’s work.

Rich landowners have always sought to enhance the landscape. The folly on Roseberry Topping is one example. A better legacy would be to manage the moorland for all wildlife instead of maximising the production of one species.