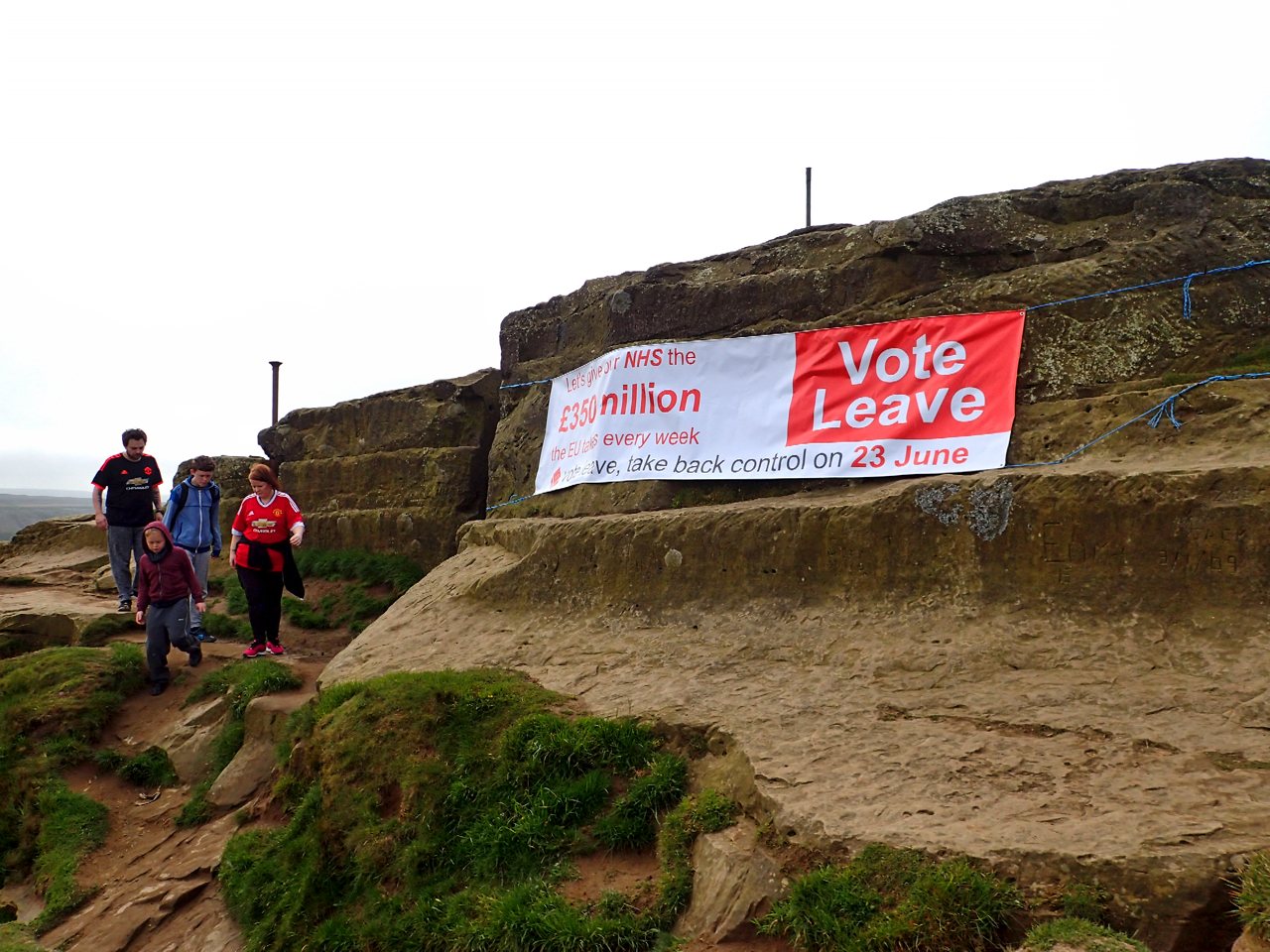 Finally Roseberry Topping appeared after a week with its head in the clouds. But I climbed up there this morning to find the summit crags defaced by a giant Vote Leave banner. I am incandescent. I do not want to see my beloved Roseberry turned into a political billboard. What irks me more is that it carries a Brexit message but even if it had been to remain I would have been disappointed. Our hills and moors are no place for this.

Now my father once told me there are three subjects that you should never discuss with friends: sex, politics and religion. I’ve largely stuck to that but I think the time has come to nail my colours to the mast. In fact I’ve already I’ve already nailed them, I have already sent off my postal vote with a cross in the remain box.

So there. But if I hadn’t already done it this would have been the final straw. The banner is tied onto bolts. The sandstone rock has been drilled and expansion bolts put in. That’s criminal damage.

So if anyone of my running mates would like to go up Roseberry and remove it, I for one would appreciate it. You’ll need a knife to cut the ropes.

I’ll be travelling north of the border later today. I’ll be away for two weeks. Little or poor phone signal and the battery life of my camera and phone will all conspire to limit my postings. So that’s me signing out. As Lawrence Oates said “… I may be some time.”