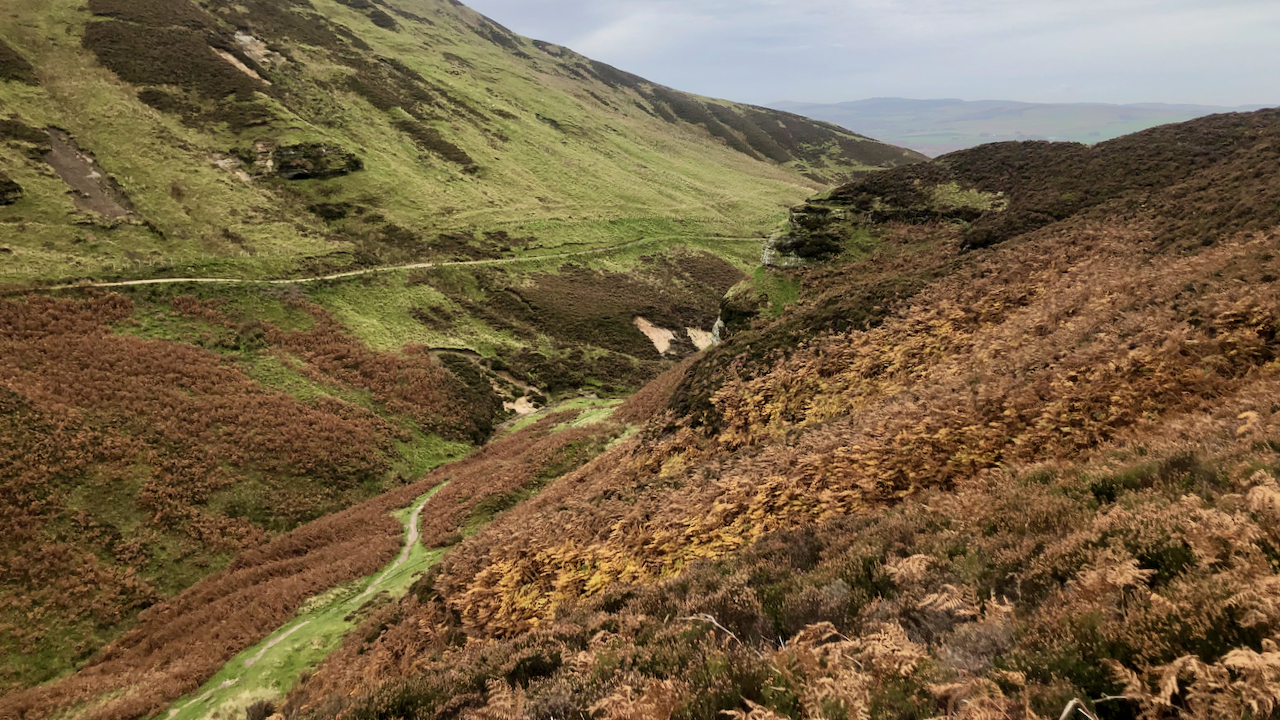 Another range of hills I’ve passed by many times before on journeys to the Highlands — the Lomond Hills.

It is thought these Convenanters preached from an outcrop of calciferous sandstone on the north side of the glen called John Knox’s Pulpit. John Knox was the 16th-century founder of the Presbyterian Church of Scotland, although there is no evidence he even visited the glen yet alone preached from it.

The rock crag is badly eroded and suffered from a major rockfall in 2004, after which the local council dislodged further hazardous outcrops.

The rock was laid down as desert sand dunes 410-353 million years ago, when Scotland lay close to the Equator. It is characterised by thin layers called ‘pin stripes’ when sand was deposited by wind in an arid environment2‘John Knox’s Pulpit’. Living Lomonds Landscape Partnership (LLLP). >https://falklandestate.co.uk/wp-content/uploads/2020/12/geology-hotspot-john-knox-pulpit.pdf>[Accessed 20 October 2022]. It has given its name to a unique rock type: the Knox Pulpit Sandstone Formation3‘BGS Lexicon of Named Rock Units – Result Details’. 2020. Bgs.ac.uk <https://webapps.bgs.ac.uk/lexicon/lexicon.cfm?pub=KPF> [accessed 29 October 2022].