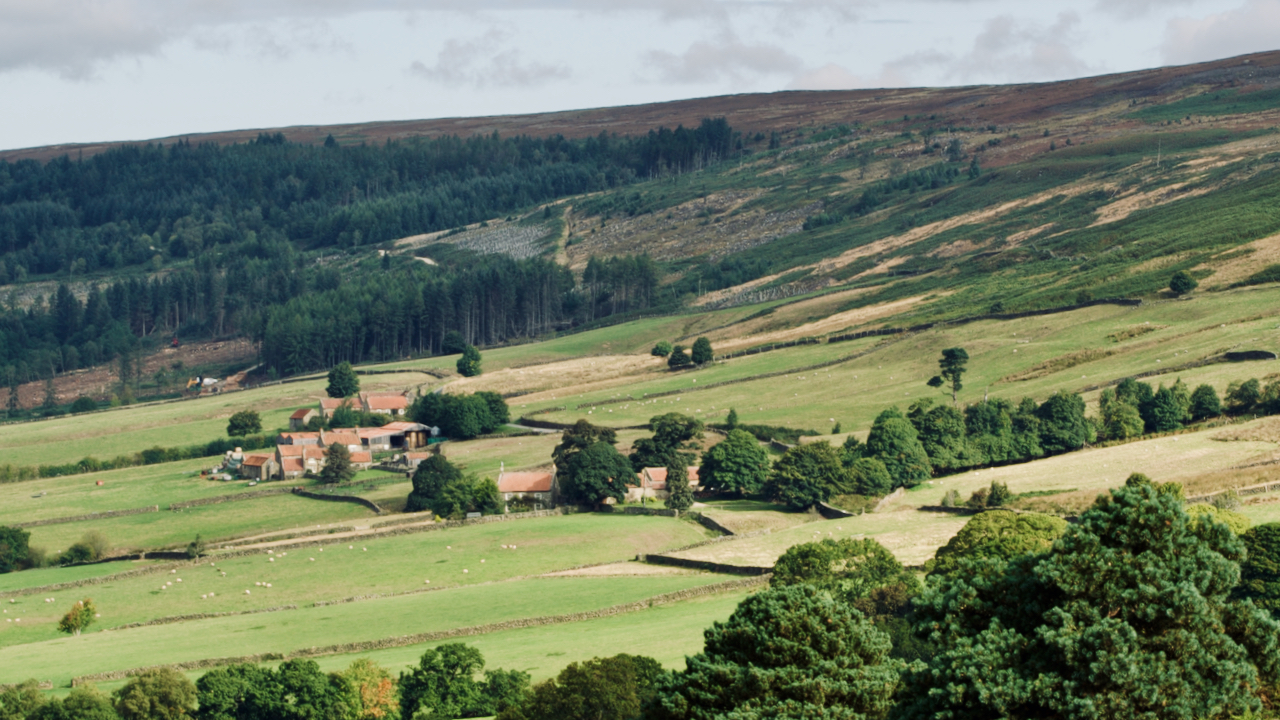 I came across an interesting article in the Yorkshire Post dated 27 November 1948, which gives a very good insight of what life was like in Bransdale in the first half of the 20th-century1‘Yorkshire dale to begin new life’ | Yorkshire Post and Leeds Intelligencer | Saturday 27 November 1948 | British Newspaper Archive’. 2022. Britishnewspaperarchive.co.uk <https://www.britishnewspaperarchive.co.uk/viewer/bl/0000687/19481127/136/0006> [accessed 15 September 2022]:

The first scheme submitted to the Ministry of Agriculture under the Hill Farming Act of 1946, Lord Feversham’s £12,000 project to bring modern amenities to the 23 isolated farms in Bransdale, ten miles north of Kirbymoorslde, has been agreed in principle by the Ministry. The construction of a new road to link the dale with Helmsley and Kirbymoorslde will begin in the spring.

Bransdale, 1,741 acres of marginal farmland, surrounded by moors rising over a thousand feet above sea-level, is typical of the picturesque isolated dales intersecting the North Yorkshire moors. The scheme aims to ameliorate the difficulties of inaccessibility, the rigours of severe winters and the poor financial rewards for arduous labour, old problems for the hill farms.

If the scheme had not been approved it is believed that farmers would have left the dale and the west side would have reverted to heather and bracken within ten years.

During the past 20 years many farmers have moved to the plains to be closer to the towns and the diminished community is insufficient to support social life. Consequently, social amenities and the attraction of newcomers are chief aims of the scheme.

Bransdale is in the heart a National Park proposed for the North Yorkshire moors and, if the North Riding County Council agrees to take over the new road, visitors will be able to travel through the dale and vehicles will able to deliver goods at the farms.

At present the nine farms on the west side are served by a track surfaced with rough stones and mud. Supplies, provisions, fuel, fertilisers and fodder are left two miles away and have to be drawn over steep hill sides in carts and on sledges. Farmers’ wives visit the nearest town, Kirbymoorside, once a week when they travel the ten miles in a vehicle which is used as a hearse.

Women and young people believe that the new road and the possibility of a bus service will transform the dale. The scheme also includes plans for the installation of hot-water systems, baths and sanitation in the farm houses and cottages. Probably the worst feature of the inaccessibility is the unhappy lot of the schoolchildren, several of whom have walk over a mile to and from the terminus of the school bus which takes them eight miles to Gillamoor.

Five-year-old Joyce Palmer leaves home at 7.30 a.m. to walk two miles down a one in four slope and up a track steeper than Sutton Bank. It is almost dark again when she returns. The new road will pass within a few yards her home. Her parents. Mr. and Mrs. T. W. Palmer, of Low South House, who had intended to leave the dale because of the difficulties of transporting milk and the lack of social life, said the new road would be like a lifeline into the outside world.

A bath and hot water, says Mrs. Palmer, who has four daughters under six years age, would make life a great deal easier.

The new road will also pass the home of Mr. T. Collier, a hill farmer who has lived in the dale for 30 years. He recalls the days when every farm and cottage in the dale was occupied.

Bransdale became nationally famous when an R.A.F. mountain rescue team crossed the moor on snow-shoes to carry out a farmer who had been taken ill when the dale was cut off by deep drifts. The nearest telephone is seven miles away.

The first step to implement the scheme and improve social amenities was taken a year ago when Lord Feversham handed over to the dales folk the old school buildings for use as a village hall.

The possibility of the introduction of a subsidiary industry is being explored. Forestry is considered to be the most appropriate occupation to bring to the dale, and the Forestry Commission has been approached with a view to establishing a forest on the west side. In addition estate workers are to plant a shelter belt of softwood trees at the head of the dale.

A comprehensive experiment in hill farming methods is also being carried out on seven farms which have been amalgamated. The experiments are now following the traditional system of hill farming, which is mainly stock rearing.

The improvement scheme, under the terms of the Act, must be carried out within the next two years, with a possible extension of one year, and will be an accurate test of the efficacy the Hill Farming Act as applied to North Yorkshire.