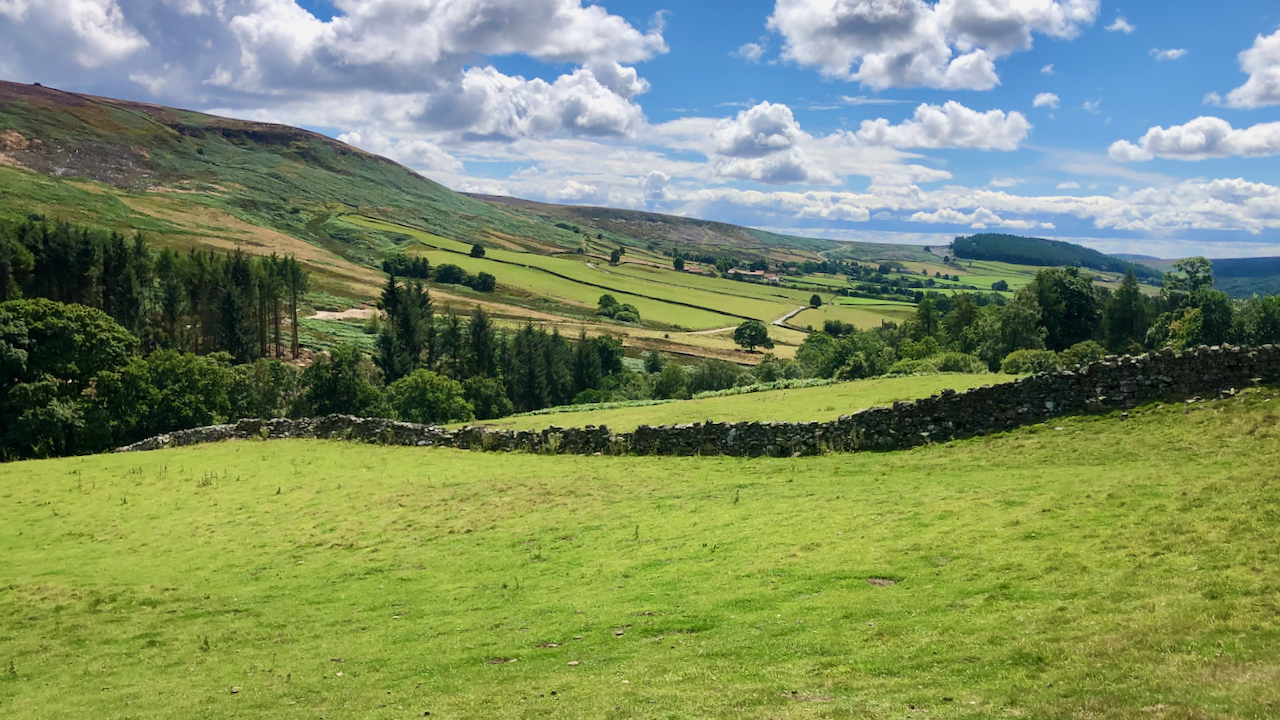 Even to see a different view of a familiar place.

This is Bloworth Slack, the easternmost fork of upper Bransdale. There is no peace and quiet though — contractors were felling the coniferous plantation on the left with their heavy machinery.

Bransdale is perhaps the remotest dale in the North York Moors. It’s hard to imagine life what life was life before the tarmac was laid. William Cowton (1903 – 1979), a gamekeeper, gives us a glimpse. In this extract from his memoirs, he writes of the “Leisure Hours” in the 1930s1Cowton, (William) Ernest .”Village Life in the Early Twentieth Century”. The Helmsley Archive. Ref HA08778. 1976. Available online at http://www.helmsleyarchive.org.uk/info/HA08722.pdf:

“Bransdale, not having a pub or reading room meant that people had to make their own pleasures. Playing darts and draughts or playing the organ or violin provided pleasant pastimes. Those who possessed a wireless, which were dry and wet battery operated, had to have the battery charged at Helmsley or Kirkbymoorside as there were no means of getting them charged in the dale. These wet batteries were taken to be charged on market days and the one taken the previous week was brought back charged. During the long winter nights, if we fancied a change of company, we visited various houses in the dale very often when it was moonlight and a smoke and a chat over a good fire made a very nice change. As Bransdale moor was situated between Bilsdale and Farndale, we often met farmers out shepherding from both these dales during our tour of duty. On the Bilsdale side, we met the Ainsleys, Allisons, Dales and Parkers whilst from the Farndale side we met the Wass’s, Potters, Aconleys, the Wheldons and others. They were always very friendly and enjoyed a talk but there was a change of atmosphere sometimes during the spring when some of their lambs were disappearing mysteriously and they would enquire if we could do anything about it.”

In the main photo, the farms in the distance are Cow Sike and Toad Hole.